A photographer saw the mother's social media post searching for the missing Elmo and knew it was more than a coincidence. 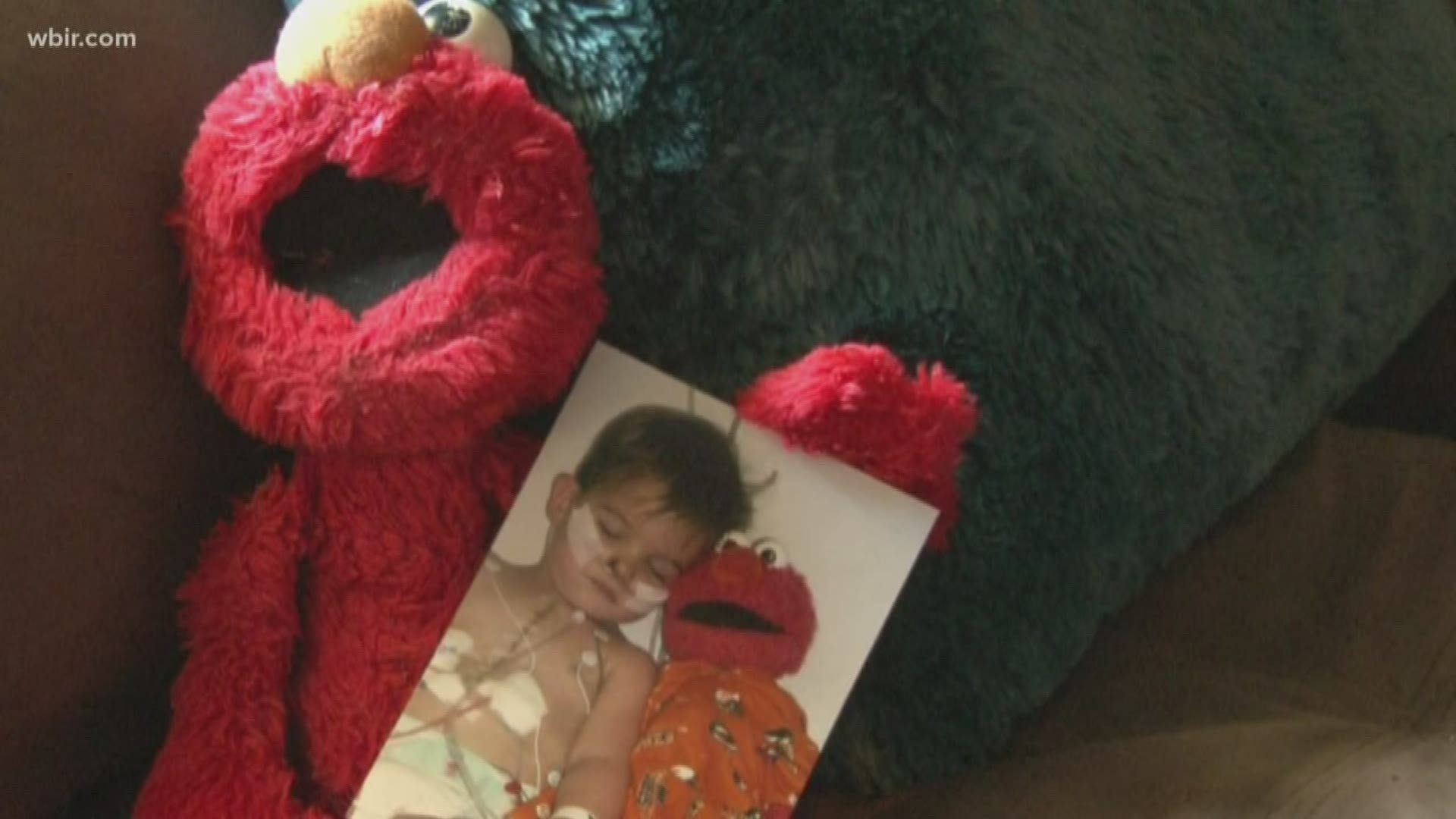 "This is our friend Elmo he's been a long time family friend," said Candy Scarbrough.

She's holding onto a stuffed animal Elmo tightly after losing it 12 years ago.

"Getting him back after all that time was just like a wink from the Lord," she said.

It was also a wink from her son, Tucker. The two were inseparable -- he called him "Melmo."

"Elmo was his best bud. He carried Elmo with him everywhere he went," she said.

But during a photo shoot in West Town Mall, Elmo got left behind, sending Scarbrough into a frenzy to find a replacement. However, the new Elmo never held the memories of the original.

Tucker was born in 2005 with congenital heart defects. Through multiple surgeries, Elmo was always by his side. At two and a half years old, Tucker suffered a stroke and died less than a year later.

Scarbrough thought Elmo was long gone, until her recent post on Facebook got the attention of a photographer who formerly worked at the mall. She had found Tucker's Elmo 12 years ago. This was the message she sent:

"I worked at JC Penney’s portrait studio in the West Town Mall during the time we had the Sesame Street set. I took many many photos of kiddos with that background. An Elmo was left at our studio during that time. Four or five years later when I left the studio in 2010, I took Elmo with me as he was a smile making tool I utilized for thousands of babies. So many smiles were captured because of that Elmo and when I left the studio to begin my business I asked the district manager if I could take it with me. She said sure. I put it in a box of memorabilia and still used it time to time to make other kids smile. Years later I met you. Several weeks ago you put up a post that your late son had left a Elmo at the JC Penney's studio. Has this story come full circle? Could this be his Elmo?"

It was the missing Elmo.

"Through the years she's used him in photos with kids, he's brought lots of smiles," said Scarbrough.

The photographer, Megan Flanagan, returned Elmo to his mom's hands the day before what would have been Tucker's 14th birthday.

It's more than a stuffed animal, it's a piece of Tucker that Scarbrough will clutch onto just as tightly and love just as much as her son once did.

"I can't even put into words how much it means," she said.