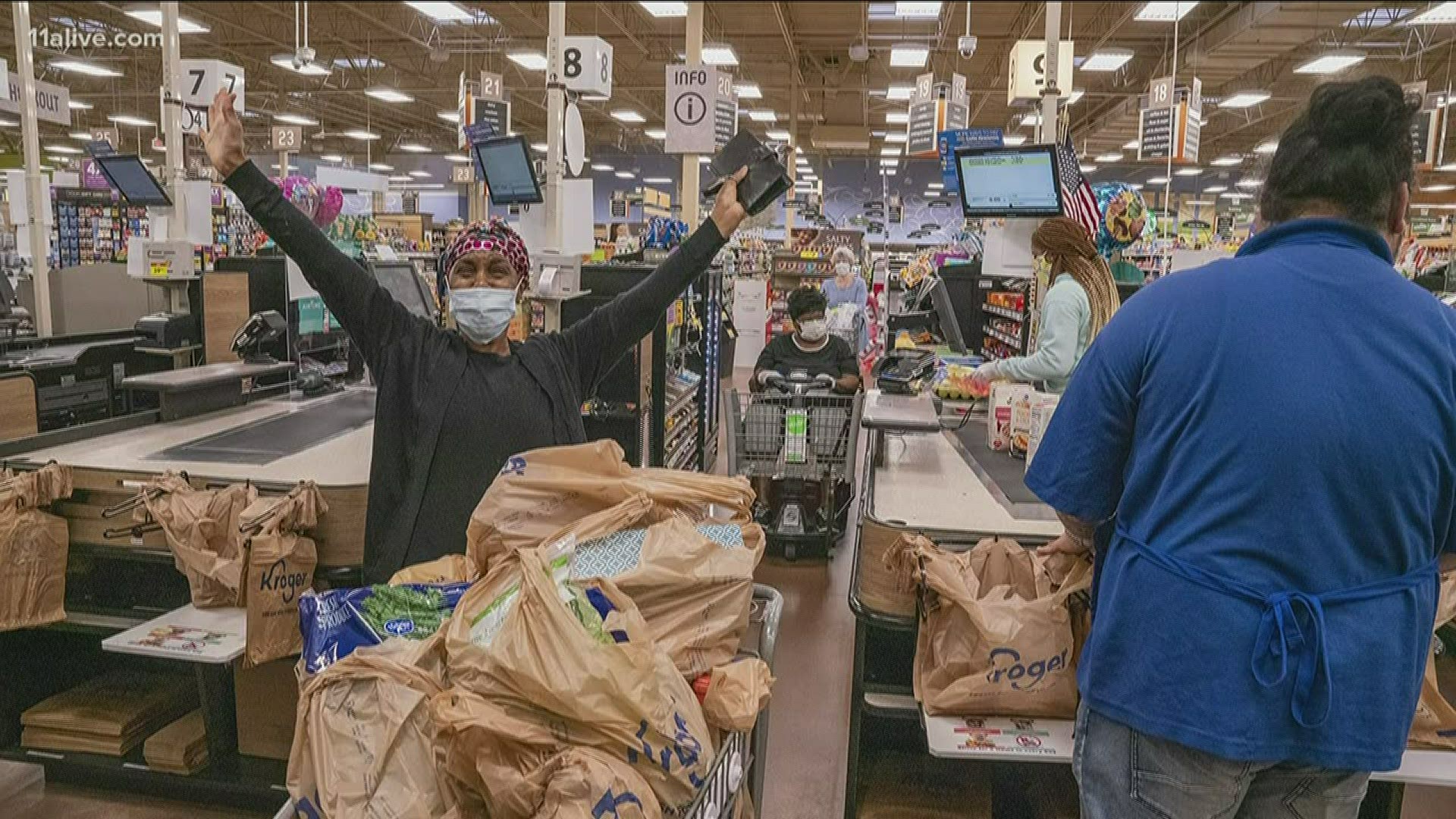 ATLANTA — Seniors and other high-risk shoppers who went to Kroger stores across metro Atlanta for the early shopping period today were met with an uplifting surprise: Their groceries had already been paid for.

Kroger confirmed to 11Alive it was the entertainment mogul and philanthropist who paid the tab on groceries at 44 stores around Atlanta. Our New Orleans sister station WWL learned Perry, a Louisiana native, also paid for groceries at nearly 30 Winn-Dixie supermarkets around the state.

"Senior and higher-risk Kroger shoppers in metro Atlanta did receive a nice surprise at the register this morning when they learned Tyler Perry had paid their grocery tab in full," Felix B. Turner, a Kroger corporate affairs manager, told 11Alive in an email. "We would like to join our customers in thanking Mr. Perry for his kindness and generosity during this unprecedented pandemic. It was truly a pleasure to see our customers fill with joy and gratitude as the news spread throughout 44 stores across metro Atlanta."

Between the 29 stores in Louisiana and 44 around Atlanta, Perry paid for the groceries of shoppers at a jaw-dropping 73 total stores.

Photos taken of shoppers at one Kroger showed many ecstatic and even tearful at the act of kindness.

Coronavirus in Georgia: Confirmed cases now at 9,881 with 362 deaths

These are the coronavirus hot spots in Georgia