On Tuesday, the staff at Chelsea Place surprised nine veterans with banners and posters placed alongside East Quincy Avenue. 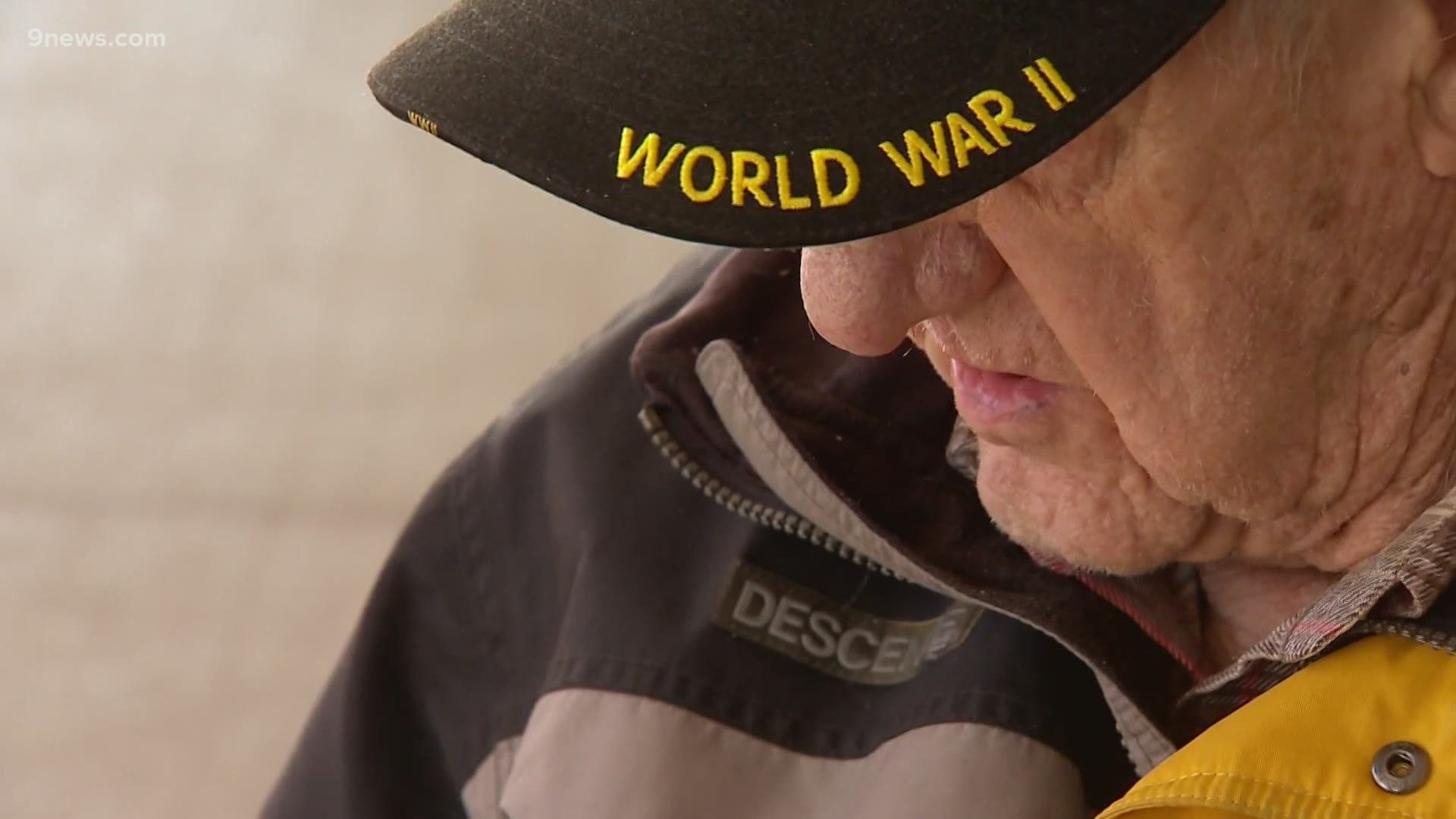 AURORA, Colo. — Some stories would stay tucked away if veterans like Linden Matthews didn't keep telling them.

“Here’s a picture of me," Mathews said after flipping through pages of a yellow scrapbook and landing on the photo of a 19-year-old Navy machinist's mate. “I was in World War II in two conflicts."

The 97-year-old veteran talked about his service like it was yesterday.

“I was up in the Aleutian Islands, the Battle of Attu – Kiska and Attu and then I was in the Battle of Okinawa where I drove a duck," Matthews said.

Matthews showed off the pictures outside Chelsea Place, a memory care community in Aurora.

“The things that happened earliest in their lives are deeply engrained in who they are," said Jenni Dill, life engagement director at Chelsea Place.

Dill works with Matthews and other residents who live with memory loss.

“In a lot of ways, I feel like I get to be the keeper of that history," she said.

The day before Veterans Day, Dill decided to share their history with others.

“I want them to feel like they’re movie stars because they are," Dill said.

Outside Chelsea Place, Dill placed banners and posters saluting nine residents who served. The banners featured the veterans in uniform and their personal stories were printed on the posters.

"This was a surprise," Dill said. "They didn’t know that I did any of this in the dark of night!”

Staff members led the veterans outside Tuesday to see the banners and posters lined up alongside East Quincy Avenue.

“There’s my picture,” Matthews said, as a staff member pushed his wheelchair closer. “Handsome!," the staff member said, smiling under her mask.

As the veterans sat beside their old photos, a young woman played the "Star-Spangled Banner" followed by "Taps." Some drivers passing by honked their horns.

"I treasure their stories, and I want to help them bring those to everyone," Dill said.

Staff at Chelsea Place said they plan to hold a special service on Veterans Day to honor their residents. The banners and posters will be back on display Thursday, and they will stay there all month for people to visit.

“What they have to teach us is tremendous," Dill said.