Kristen Tefertiller had the highest GPA in her graduating class while receiving cancer treatments at Children's Hospital. 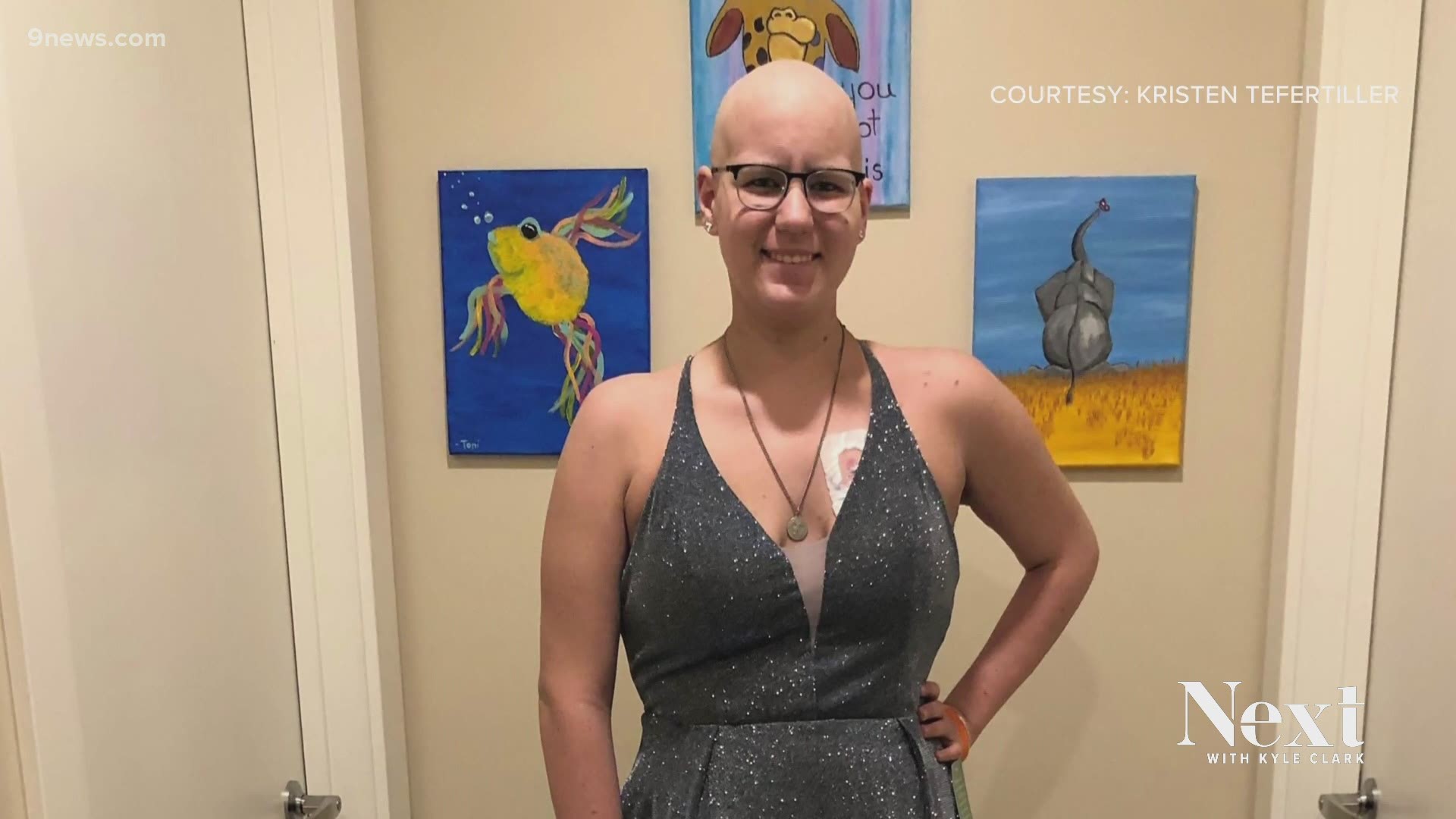 AURORA, Colo. — A high school senior from Holly, Colorado has been through a leukemia diagnosis, a bone marrow transplant and spent nearly eight months away from home getting treatment at Children’s Hospital in Aurora.

Despite all of this – Kristen Tefertiller is still on track to be valedictorian for her graduating class.

“I’ve been studying every single night I can,” she said. “(I’m) just trying to stay up with my class so I can graduate with them.”

In 2019, Kristen began to bruise and bleed easily and felt extremely lethargic. After a visit to the local hospital in Holly, the decision was made that she needed to get to Children’s Hospital quickly because she had been diagnosed with Acute Myeloid Leukemia (AML), a lethal blood cancer.

“One day I was helping my dad work out in our shop and bent down and scraped my knee and the lightest scrape, and it bled for an hour and a half,” she said.

Two weeks into her junior year of high school, Kristen was admitted to Children’s Colorado.

“For a few weeks, you’re in a whole new world, you don’t know what’s going on…you haven’t heard of this really before,” she said.

After two traditional chemo treatments, Kristen was part of a revolutionary research study that incorporated the used of umbilical cord cells as part of a bone marrow transplant. Now she’s cancer free.

“There was a time where I didn’t know if I was going to make it, but I just kept fighting,” Kristen said. “I’m doing good, all my blood tests are coming back with really good numbers…I’ve been feeling really good.”

Through out her treatments at Children’s Colorado, the small-town community of Holly raised more than $50,000 to help her family with medical bills. During her eight months at the hospital, Kristen said she managed to keep up with her school work by learning remotely and maintained her class’s highest GPA.

She also became extremely close to staff, especially Dr. Robert Casey Ph.D. who was her pediatric psychologist and helped with her recovery.

“I think adolescents have a unique challenge going through the treatment that she went through,” Casey said. “Adolescents have realistic expectations and because of the fact that she is still valedictorian is although not surprising to me, but an incredible achievement on her part.”

“I had so much help from the hospital and in my school and even Dr. Bob,” Kristen said. “He was telling me, ‘You don’t have to be number one with everything you’re going through’ and I pretty much told him, ‘Watch me…I will’.”

In two weeks, Kristen will be graduating from high school with Casey listening to her speech in the stands. She said the day will be a little bit stressful but one she's determined not to miss.