A woman makes history as the fastest to finish Colorado Trail, alone

With just four days' notice to prepare after finding out she'd have time off from work, Meyers set out on the 485-mile journey. 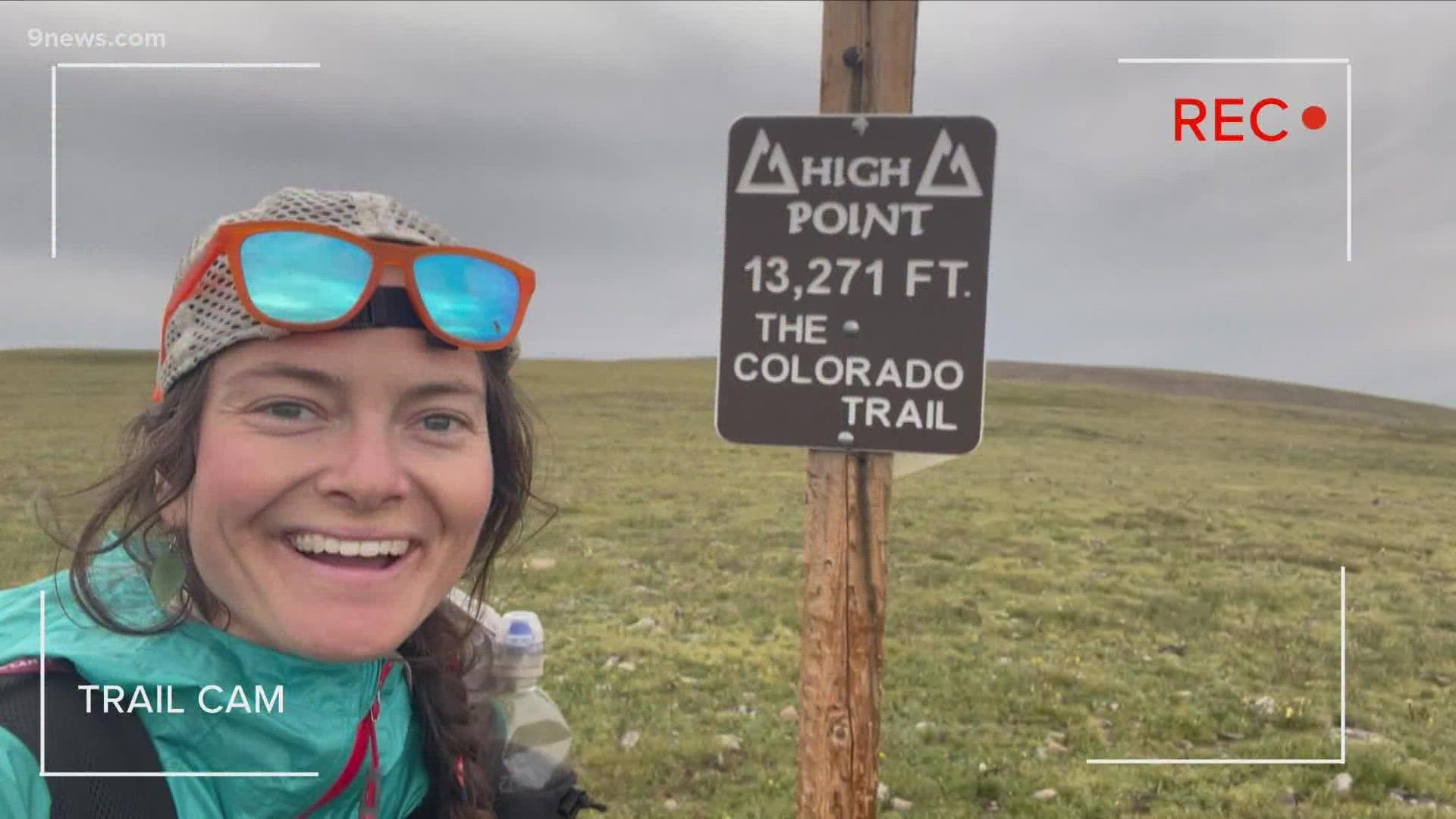 COLORADO, USA — Last week, Nika Meyers, an Aspen resident, became the fastest known time for a woman on a  self-supported hike of the Colorado Trail, completing it in 9 days, 14 hours, and `19 minutes.

While Meyers had always wanted to break a Colorado Trail record, she only learned she would have time off from work to do it four days earlier.

"It was really spontaneous," she said. "I had been thinking about this for a long time but then work suddenly opened up."

There are three categories for Fastest Known Times: supported, unsupported, and self-supported, which is what Meyers did.

"Self supported is more of a traditional thru hike per say where you can mail yourself boxes, leave yourself caches-, like walk into a town a town and buy food from a grocery store, and then you can accept any support that isn’t planned along the way," said Meyers.

From Littleton to Durango, the trail is just over 486 miles. To be the fastest, Meyers had to hike it in under ten days and 12 hours.

During her trip, it rained every day. Meyers often had to sleep for a couple of hours during the day to avoid lightning storms above the tree lines.

Halfway through, she wasn't sure if she would make it.

“I don’t know if I can do it," she said in a selfie video on her phone.  I’m gonna try though; it’s gonna be really hard."

Then, she'd hike through the night.

RELATED: A Colorado Trail journey in 10 days: 'Super fun memories, not fun in the moment'

"As a human animal moving through space, I’m expecting it to hurt, I ‘m expecting it not to be easy, and to go to those deep places that we don’t often experience in our day to day world and kind of embracing them," she said.

Meyers said hiking is her way of connecting with her state and her community.

The end of the trail wasn't the picture-perfect finish she imagined as the rain poured down.

But Meyers became the new record holder and felt closer to Colorado than ever.

RELATED: This Olympic marathoner and Coloradan has a night routine we should all aspire to