"My goal is to sell my whole collection to somebody who will then donate it to an institution that can really display it and take care of it and people can come and be influenced. Ideally, it will be here in Denver." 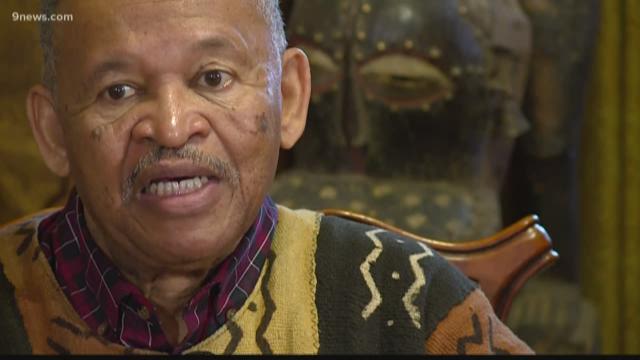 “You are looking at Africa!”

This is what Paul Hamilton will tell you if you stand in his backyard and look at the ground. A slab of asphalt in the shape of the African continent decorates his yard. That's not a common sight to see in the Whittier neighborhood of North Denver.

“There is the Nile flowing there, there is Madagascar over there,” the Colorado native says pointing to different spots on the asphalt.

Hamilton grew up in a city far away from Africa.

“I was born in Pueblo, Colorado a long time ago,” he says with a laugh. “Very, very little talk in the family about African culture or Africa.”

In the 1960s, he moved to Denver to attend the University of Denver. In college, he began to learn more about Black history.

“When I went to the University of Denver and began to understand about the Civil Rights Movement and Africa and so forth, it was a whole awakening.” 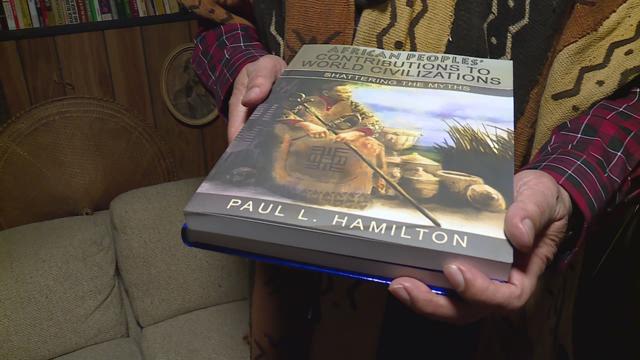 As a college student, he traveled abroad to for the first time. He visited Botswana, Zimbabwe and Kenya.

“There were huge cities like Denver in Africa. To see that and to see the people and to see the culture was mind-blowing. It changed my whole life,” Hamilton says with a wide smile.

Hamilton returned home from Africa one day before the March on Washington in 1963. With a newfound knowledge and passion for Africa and Black culture, he went on to become a Colorado State representative.

“I made the decision to run on April 3, 1968. The next day Martin Luther King Jr. was assassinated so it was just the universe telling me this is what you need to do.”

After serving as a state representative, he went on to become a teacher.

“I was a teacher in Denver Public Schools for over 30 years. Ten years in Jefferson Country.”

In the 1980s, Hamilton met an art collector who would change the look of his home forever.

“Peter Natan was a well-known collector of African art, a curator. He began to teach me about African art, introduced me to a lot of the African traders and that’s history.”

Hamilton mainly works with African traders who live in Colorado.

“Mainly my collection comes from West Africa and Central Africa.”

“First of all, does it look like a piece that I would like to keep if I didn’t sell it? What’s the value of a piece? Am I getting really a good price for it compared to what I would like to sell it for? What is the artistic value of it? And then, do I have room for it?”

Hamilton has an extensive book collection in his home alongside the art.

“I have probably 250 books just on African art,” Hamilton says pointing to his bookshelves.

One book in his collection is very personal.

“This is my book,” Hamilton says as he holds up the book he wrote. “African Peoples Contributions to World Civilizations: Shattering the Myth,” he says reading the title.

He goes on to explain, “In here I take the myths of African people being cursed and not contributing to world civilizations, and show how wrong that is. My dream is that … African people will be looked upon as the world leaders in music, dance, finance, diplomacy.”

Hamilton says his artwork and book collection are a source of education for visitors.

Hamilton says he cannot keep the art collection in his home forever.

“My goal is to sell my whole collection to somebody who will then donate it to an institution that can really display it and take care of it and people can come and be influenced. Ideally, it will be here in Denver.”

Until that day comes, Hamilton will enjoy each and every piece of art.

“Some people say these are ritual pieces and they have bad vibes but not for me. They are my friends.”