Neighbors hope jazz will be reborn at Rossonian

The music at Rossonian Hotel stopped playing decades ago, but now, folks are hoping it will come back. 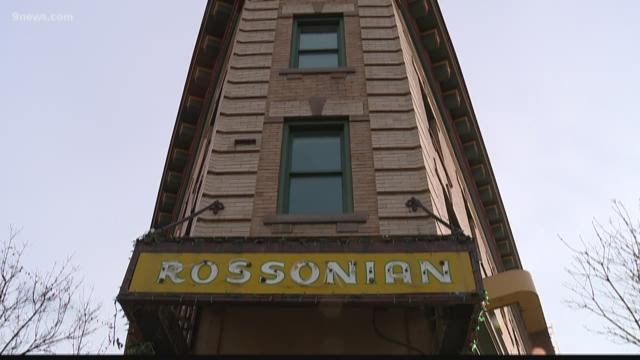 Reginald Brown first set foot inside the Rossonian Hotel 50 years ago. He remembers the downstairs lounge being full of people dressed to the nines and having a great time. Never mind the fact that Brown was only 10 years old… and was with his mom.

What he does know was that the Rossonian was the life of the party back in the heyday of the Five Points neighborhood.

“It was just an amazing experience because it was alive,” he said. “Everywhere you turned, it was people everywhere!”

The music at the Rossonian stopped playing decades ago. The property has switched hands several times, most recently in August 2017, when it was sold for $6 million.

“I knew the Rossonian was significant when, about four years ago, I had a New York Times reporter called me up and said she’d like to do a story about the Five Points,” said Five Points Business District Executive Director Tracy Jenkins Winchester. “She hadn’t been here in 25 years. And the first question she asked me was ‘Is the Rossonian still in operation?’”

While the new owner, Palisade Partners, hasn’t officially revealed plans for the building, many in Five Points hope it’ll involve taking the Rossonian back to its roots: as a hotel and jazz club that hosted many of the greats.

“Duke Ellington… Sarah Vaughan. All the great jazz artists came through here and performed at the Rossonian,” said Winchester, “because they weren’t allowed to go anywhere else.”

African American artists who were invited to perform at big Denver venues weren’t invited to stay in the hotels. So they stayed at the Rossonian… and performed in the hotel’s lounge. It’s a significant part of the history of Five Points, which began as Denver’s first suburb when African Americans weren’t allowed to live in other areas. The neighborhood now stands as the state’s only Historic Cultural District. And the Rossonian is on the National Register of Historic Places.

“Because it is an historic building, it can never be torn down,” Winchester said. “It can be renovated. But it can’t be torn down.”

That’s welcome news for people like Anisha Rush, a young jazz saxophonist who has heard the stories of the Rossonian.

“I think it would be devastating if we lost that culture and lost that opportunity to make that music,” she said.

Rush is one of many hoping that the Rossonian will revive its legacy as a hotspot for jazz.

“To play in that kind of space, to be able to make music again in that space and restore it, that would be amazing,” she said. “I hope that happens.”