Capitol Christmas tree makes stop in Denver before heading out for Washington D.C.

It's only the fourth time a tree from Colorado has been chosen as the U.S. Capitol Christmas tree 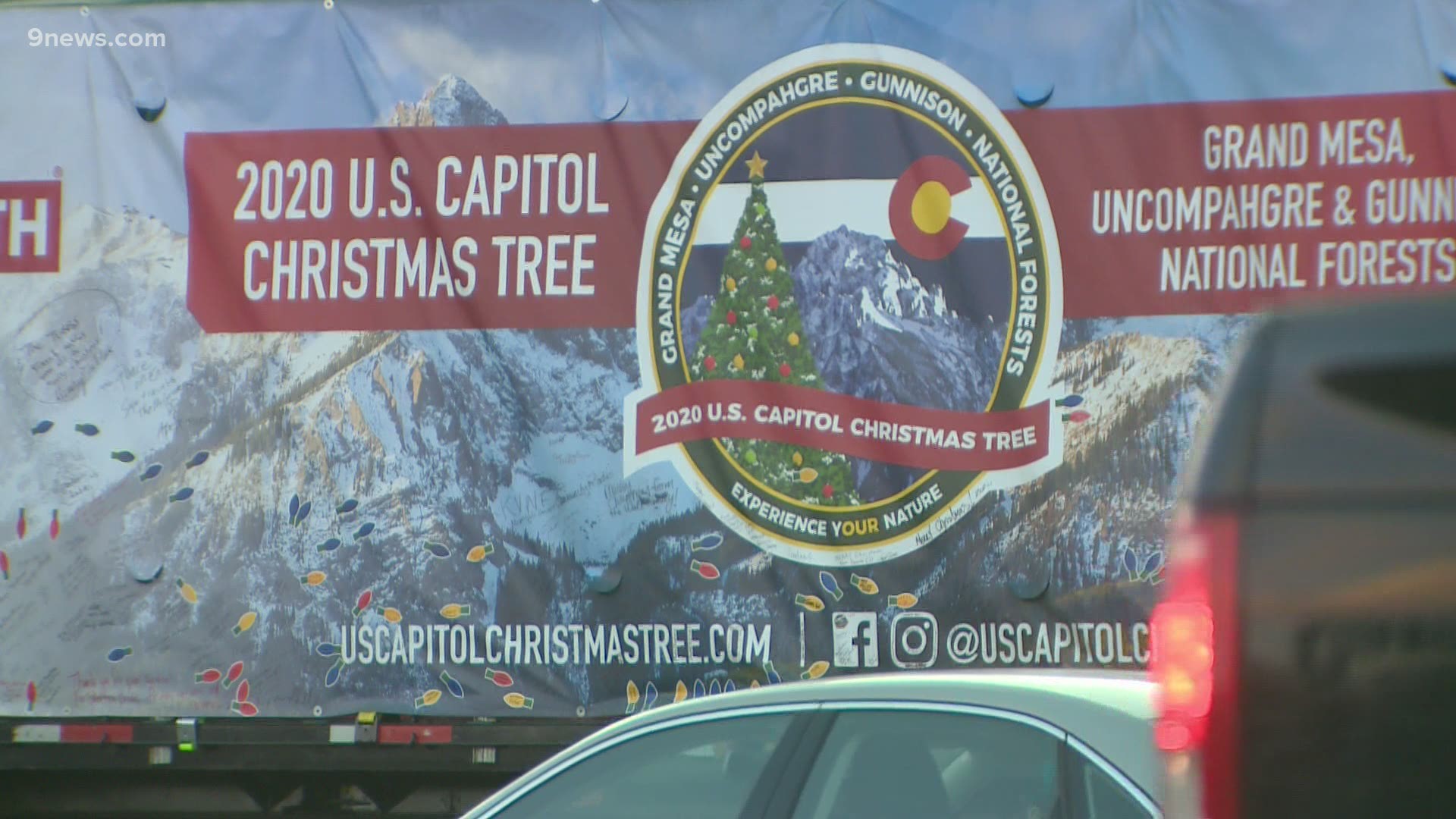 DENVER — On the back of a hundred-foot truck, Christmas is delivered from Colorado to Washington.

In a city with a lot to see, perhaps the biggest attraction on a Saturday afternoon was the Capitol Christmas tree that stopped in Denver in the middle of its cross-country road trip.

"Very excited to see the big Christmas tree," said Kinley Bussard, a 10-year-old who stopped by the Bass Pro Shop in Denver to see the tree. "I’ve never seen anything like it."

It’s only the fourth time ever a tree from Colorado will be on display for the country to see in front of the Capitol. This year it’s a 55-foot Engelmann Spruce tree chosen from the Grand Mesa, Uncompahgre, and Gunnison National Forests.

It’s Butch Hanna’s job to make sure the tree makes it the more than 1,500 miles to the Capitol. He’s the driver of this truck.

"We need to be in Washington D.C. Friday," said Hanna. "It’s an honor. I’ve drove a truck for 41 years and this is probably the neatest thing I’ve ever hauled."

The tree will be decorated and lit up for everyone to see in early December.