The band's first-ever Christmas album will be released on October 30. 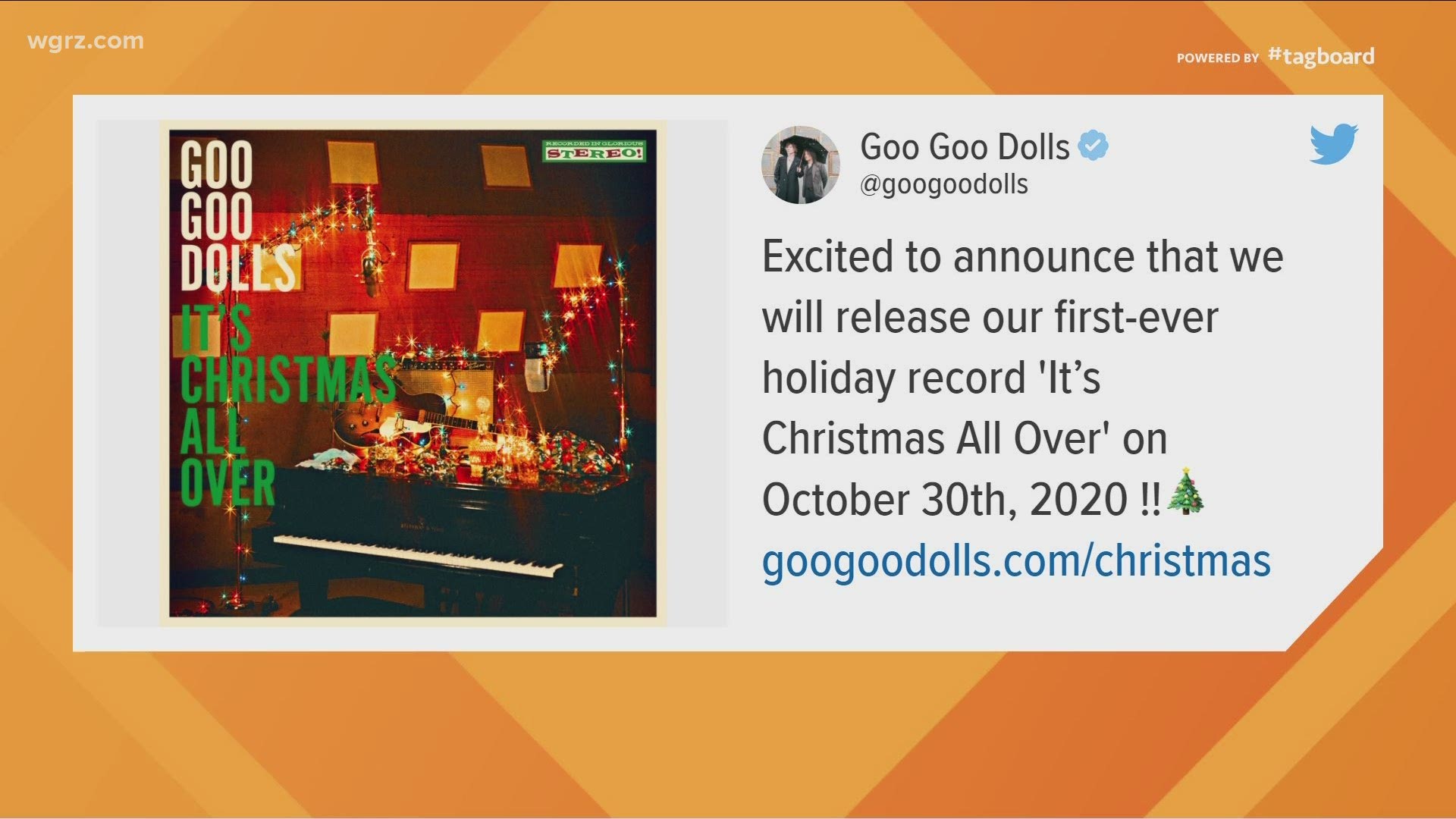 BUFFALO, N.Y. — On Monday, one of Buffalo's favorite bands, the Goo Goo Dolls announced that they will be releasing their first-ever Christmas album later on this year.

The album, entitled "It's Christmas All Over," is set to be released on October 30. No word yet on exactly which songs the new record will have, but it's safe to say the songs will get listeners in the holiday spirit.

Excited to announce that we will release our first-ever holiday record 'It’s Christmas All Over' on October 30th, 2020 !!🎄 https://t.co/V2DhwkpjXH pic.twitter.com/cTxazr2fGl