"I made every single one of those," Corey Christiansen tells spectators as they drive by pointing out some of the trees. 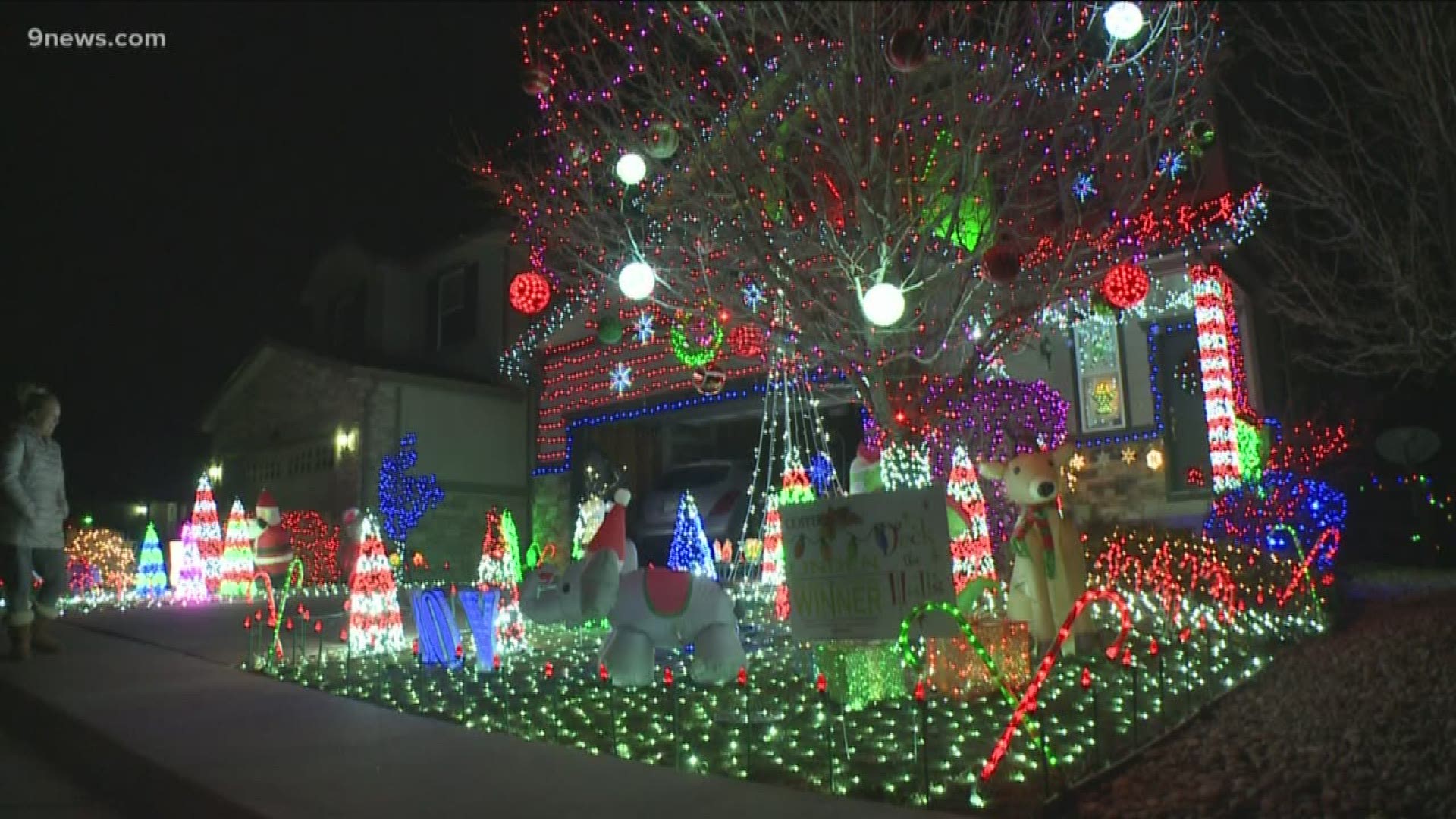 AURORA, Colo. — Their house is easy to spot on a relatively dark street in its Aurora neighborhood.

The Christiansens' home is the one covered in lights -- from the edge of the sidewalk to the top of the roof. It's where an inflatable dragon and elephant guard light-up Christmas trees and candy canes strewn about the yard.

"I made every single one of those," Corey Christiansen tells spectators as they drive by pointing out some of the trees.

He said he spent between 80 and 100 hours setting up the 45,000 lights. About 95% of them are LED lights, Christiansen said, which saves him money on keeping them lit through New Year's Eve.

Christiansen joked people can call him "Corey Claus" or even "Clark Griswold," the quirky dad with the blinding holiday lights display in the hit movie "National Lampoon's Christmas Vacation."

While he loves entertaining people who drive by the house, Christiansen's efforts run much deeper. He said he specifically tries "to have different things in the display that represent our children."

"It is an unbelievable experience to be a parent of not just one, but also two special-needs kids," Corey Christiansen said.

The couple said they had a lot to learn after discovering their kids had autism. They said initially, it was tough for them to know how to best help them.

But the Christiansens found their answers through Autism Society of Colorado which helped them navigate things like applying for Medicaid for various therapies.

Last year, the Christiansens posted a sign in their front yard asking for people checking out their lights to donate to ASC. They said every dollar raised will be given to the group.

The family raised $1,200, last year, but plan on raising even more this time around so their kids and other people living with autism are afforded opportunities for help.

To donate to the Autism Society of Colorado, text the word "BRIGHTLIGHT" to 44321.

Their address is 4822 South Picadilly Court in Aurora.