“Each year I get excited," Howard said on Sunday. "I’ve been doing this for 42 years because we were marching before it was a marade and I have been doing it every year we've had a marade."

Each year, Denver's MLK Jr. Marade crowd size fluctuates, but Howard says they are expecting tens of thousands of marchers to show up on Monday morning.

RELATED: Your signs from the 2017 Martin Luther King Jr. 'Marade' in Denver

The commission also handed out food donations and hosted a job fair in Civic Center Park for people in need, including furloughed federal employees.

During the Marade, marchers held signs, many of them touting tolerance and equality. Notably, both the Denver Democratic and Republican parties marched in the parade, showing how universal Dr. King's message was.

Images from the 2019 Denver Marade 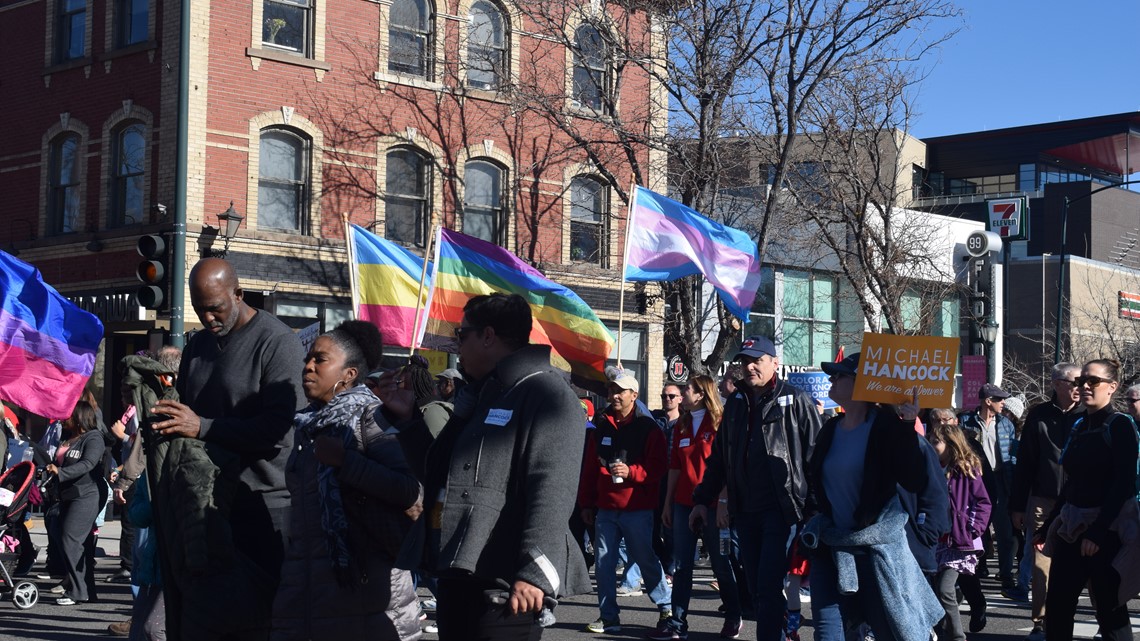