It's October! And you know what that means? It's time that we start thinking about Halloween. 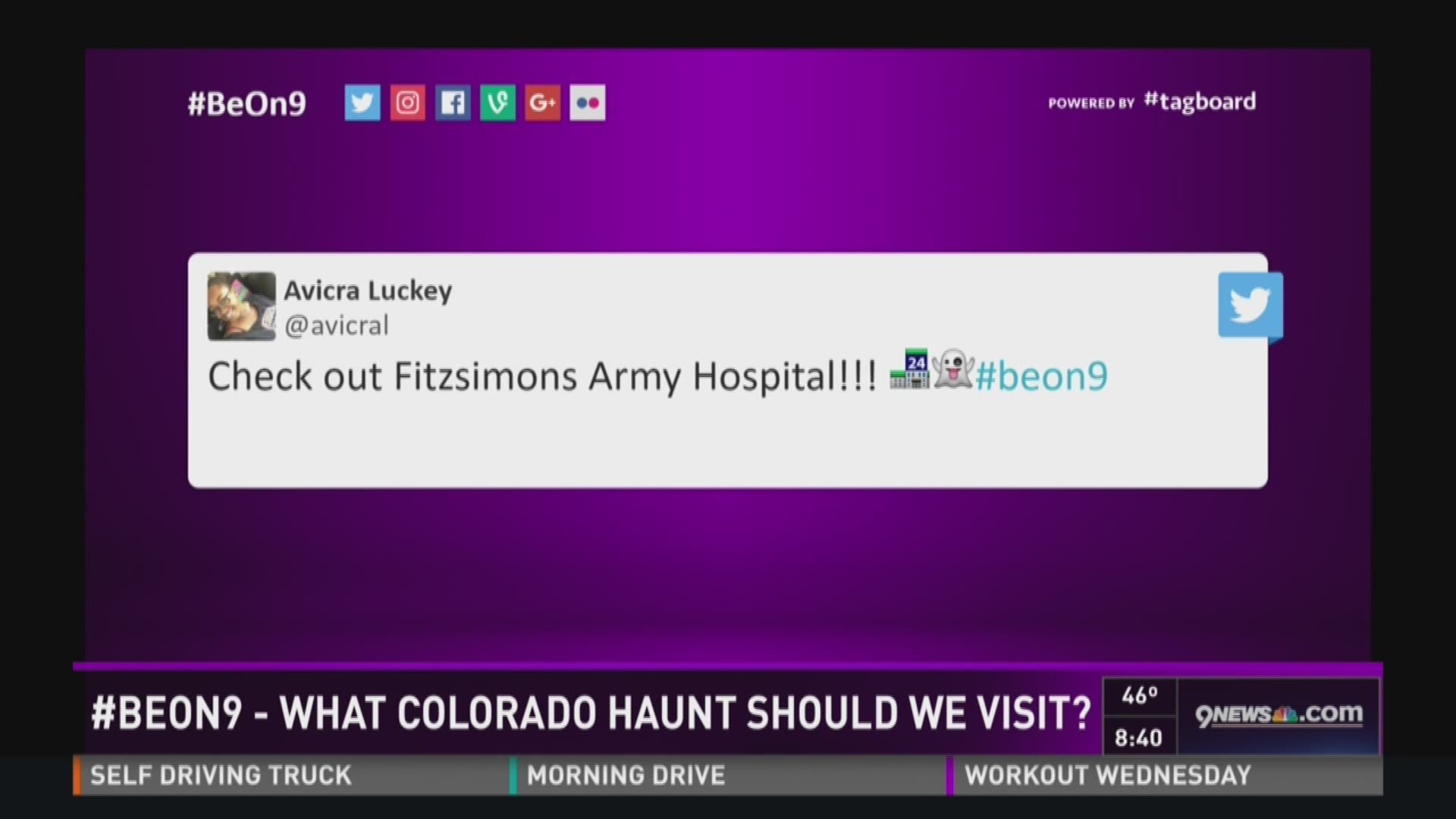 KUSA — It's October! And you know what that means? It's time that we start thinking about Halloween.

Here's a list of nine places in Colorado that have a history of being haunted for all you thrill seekers.

Credit: Ernie Leyba
NOV 15 1972, NOV 16 1972; Cheesman Park was a Cold, Deserted part of Denver at 9:30 Wednesday Night; Denver had an overnight low of 21 degrees, and the forecast for overnight Thursday calls for a reading of about the same.

The now iconic 80-acre park had a pretty shady start. Located southeast of downtown Denver, Cheesman Park was Prospect Hill Cemetery in the late 19th century. When local officials declared the land federal property, families were given just 90 days to remove the bodies of their loved ones. Many could not afford this (a good amount of the bodies were those of vagrants or criminals), so the city hired a contractor to do the dirty work.

Things got nasty -- the contractor in charge of the project realized he could save a buck by putting adult bodies in kid-size coffins. Of course, they didn't fit into the 1 foot wide and 3½ feet long caskets, so hacking ensued. "Body parts and bones were literally strewn everywhere in a disorganized mess," the Wikipedia page reads.

The contractor was fired before the job was done (probably for the best), but it's safe to say there are still bodies chillin' in Cheesman. Food for thought next time you go on a run.

Many seek out this remote location because of its tie to the Sand Creek Massacre, which actually happened near the Colorado/Kansas border. History has it that unknown events at the Third Bridge led to Sandy Creek, where members of the Colorado Territory Militia attacked a group of Cheyenne and Arapahoe Indians, who were mostly women, children and the elderly.

In 1997, two car loads of teens presumably looking for a thrill crashed here, killing two of them and paralyzing the driver. The sister of the driver was charged for providing alcohol to minors (the passengers ranged from ages 11 to 17), but took off before she could face the music. Ghost hunters claim to see a young girl crying, then disappearing here.

Unsuspecting drivers on Third Bridge found the body of a teacher in 2010. The victim was found with a bag over his head, a belt around his neck and his hands bound behind his back. More than 6 years later, his murder remains unsolved.

If you can't wait until next summer for the new season of Orange is the New Black, a fun detour is the Museum of Colorado Prisons. For just $7, you can tour a former women's prison and see a real gas chamber.

Photographs have shown ghost orbs, and the sound of coughing has come from the empty cell. Directly across from the museum is a very real, very active correctional facility, so please do not confuse the two.

First dates can be stressful, so why not take the person you're wooing to a haunted brewpub?

Nestled in Old Town Arvada, Yak and Yeti is in what was the iconic Eli Allen House. In the 1940s when the building was a private home, a woman named Cora Van Voorhis fell to her death from the top of the stairs.

When the restaurant owners bought the house, they were (rightly) spooked and brought in some ghost hunters. Investigators heard women’s voices and clinking noises, saw lights flicker for no apparent reason, and obtained video footage of a chair moving by itself. If you're not into that spooky stuff, the beer apparently is really good too.

If you can survive the Titanic sinking, you probably won't be OK with dying in your sleep.

Keeping that in mind, it's said that Margaret Brown, known as the Unsinkable Molly Brown, still haunts her once-home. Located in Capitol Hill, the building now serves as a museum for curious visitors. Precocious ghost hunters say Brown has been seen sitting at the dining room table and she is known to rearrange the chairs in this area.

Those who prefer to be gripped with fear all night can drop a stack of cash to stay at the Hotel Colorado in Glenwood Springs.

Notorious back in the day for famous guests, it's now known for its various hauntings. The screams of a woman are often heard throughout the hotel, believed to be of a chamber maid who was involved in a love triangle and was murdered by one of her lovers. Luckily, there is more to do Glenwood Springs than being scared. The town is known for its hot springs and skiing. Make it a Halloweekend!

If this won't give you nightmares, absolutely nothing will.

In 1941, Philip Peters was found bludgeoned to death at his home. Even more bizarre -- all of the doors and windows in the home were locked from the inside. Police were stumped.

A full year later, during a stakeout, they caught a break. Police saw something move in an upstairs window. They rushed upstairs to see a man trying to squeeze into a tiny gap.

It gets worse. The homeless man had been living in a tiny cubby hole in the wall the whole time, occasionally making treks downstairs for food and water. Peters had startled him one day as he foraged for food, resulting in the initial murder.

You can't go inside, as someone definitely lives there now, but it's worth strolling by and taking a peek into the upstairs window.

Once a brothel, this restaurant, bar and banquet hall has a storied history. Known as one of the best "gentleman's" establishments (believe it or not), the brothel was founded by an 18-year-old named Mattie Silks.

When a national moral reform movement came to town and closed the brothels in the area, the place shuttered and was not revived again for years. Workers today report happenings on the second floor (where most of the dirty deeds went down) like the piano playing by itself and strange voices.

OK, this bed and breakfast in the heart of Capitol Hill is just as spooky outside as it in inside. There's seriously a book about how haunted it is. The co-authors of the book tell a particularly eerie story about guard dogs that reportedly got so scared about being in the home they jumped from a third floor window to kill themselves.

If you think you're tougher than these suicidal dogs, stay for a night!

After posting this story, Coloradoans took my up on my offer to email me even spookier spots. Here are a few of my favorites:

Who said chain restaurants aren't worth visiting? Now known for some bomb fondue, this location was once a library, a police station and place where dozens of people died when the Platte River flooded. "Eh, I've heard spookier," you think as you roll your eyes. Buckle up; it gets weird. Back in its jail days, an inmate and jail keeper died during a botched escape-attempt. Folklore has it a child drowned in the library's outdoor fountain and that a child (or poltergeist) haunts the place.

This history has led some to think this casual restaurant is *THE* most haunted place in Colorado. If you're up to it, read accounts of some employees here.

Creepy takes on a whole new form in the Spider House at Grand Lake. Nestled on a quiet lane in Old Grand Lake City, the home got its nickname from its intricate design that resembled spider webs.

The family matriarch, Mary O’Brien Gregg, shot and killed all four of her kids, then took her own life. The kids died instantly, but Mary didn't; she clung to life for four more days before she finally died. The father, Warren, then lived in the house for 29 more years. Yeah, not exactly home sweet home.

Despite the bloody history, the house still stands today.

It seems as though a cemetery would be a no-brainer for this list, but creepy takes on a whole new meaning at the Silver Cliff Cemetery.

Created in the early 1880s, Silver Cliff is managed by the town of Silver Cliff in southern Colorado. On the town's website, it briefly mentions the cemetery's reputation by just saying it's "famous for it's [sic] unexplained 'dancing blue lights.'" A Pueblo Pulp article says "the eerie phenomenon" "occurs only on dark, overcast nights."

This idea was submitted to me via email from a man who had his own experience here.

"We were patiently waiting to see the lights when out of the dark we heard a horse trotting up the road to us at a fast pace. When it past us and there was no horse, we promptly got into the car and sped away completely freaked out."

Um. OK. But hey! plots here are only $100 and there's still some available.

Do you have a creepier place that isn't featured here? I want to hear it! Email me at kbiassou@9news.com 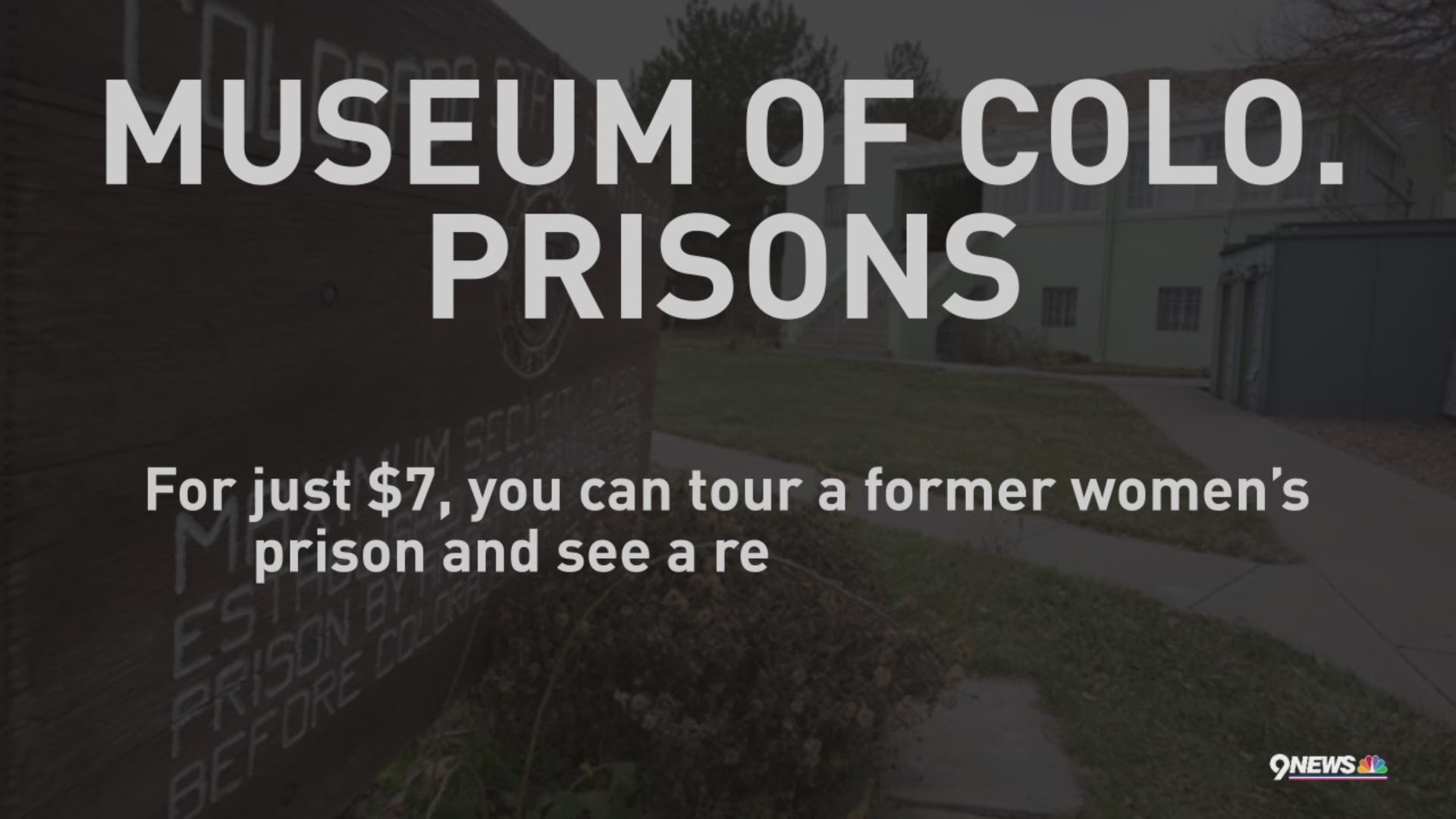