A cultural group mounted an altar on a street in their neighborhood to keep traditions alive. 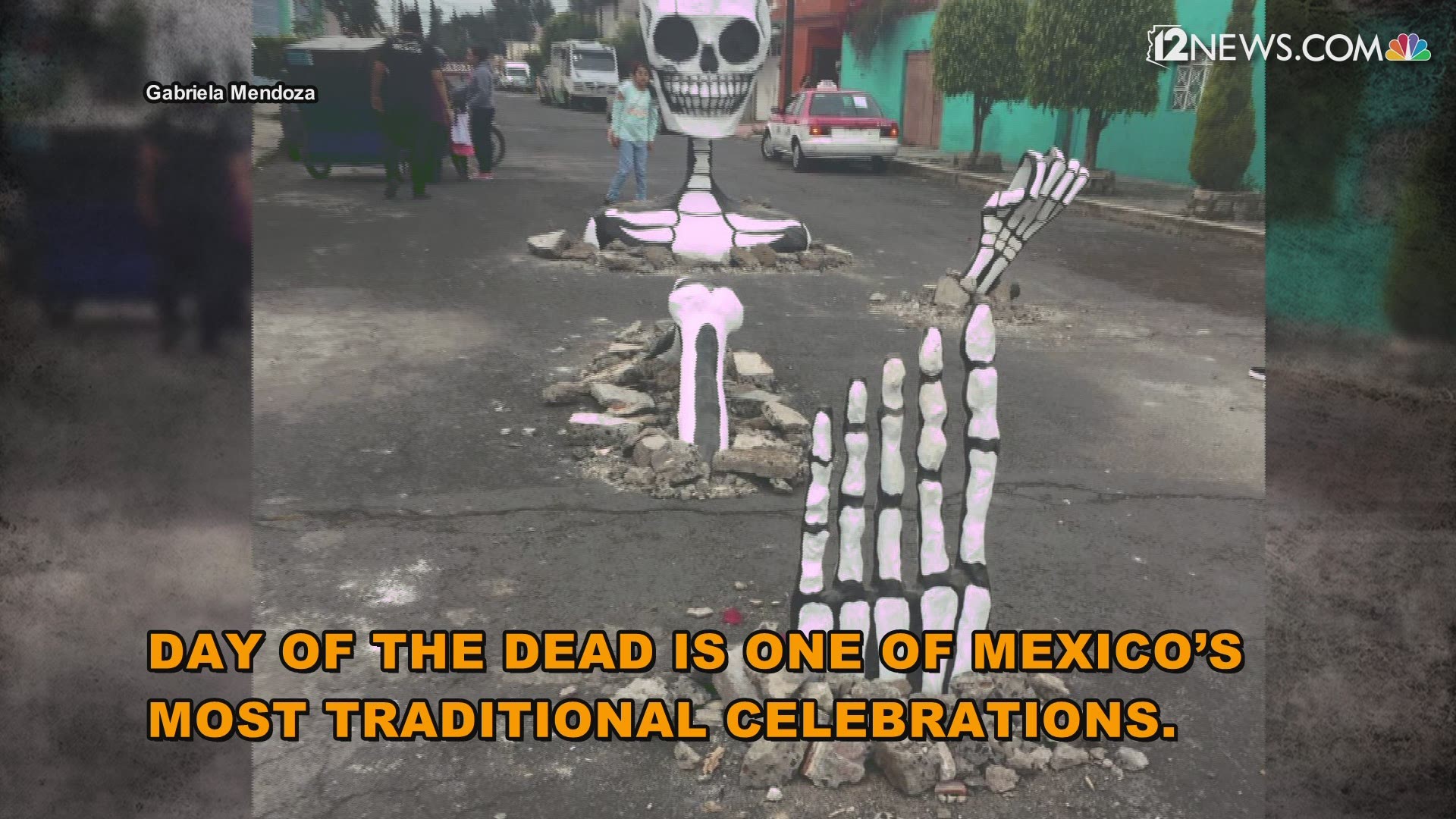 MEXICO CITY, CDMX — Day of the Dead is one of Mexico’s most traditional celebrations. And a cultural group called Indios Yaocalli took the creation of an altar to a different level.

They transformed a street in their community – Santa Cecilia Tláhuac in Mexico City – into a gigantic Día de Los Muertos altar.

The project designer was Ray Medina.

It took the group between one and two days to put the exhibition together. Monumental skeletons made out of cartons seem to emerge from the pavement.

It took more than a couple of days for them to create the skeletons.

“The process of making the skeletons takes us an entire year. We finish this exhibit and we start working on new projects to present next year,” said Brenda Lozano.

RELATED: Mexicans parade as fancy skeletons ahead of Day of the Dead

The purpose of the exhibition is to keep this tradition alive

“Our primary purpose is to rescue Mexican traditions because we feel we’re losing them. This is what we want to teach new generations,” emphasized Lozano.

The exhibit will be on the street until Oct. 31 to be moved to the City Hall in Tláhuac as of Nov. 1.

RELATED: Why Dia De Los Muertos is so misunderstood

RELATED: Here's what the colors of the Día de los Muertos skulls represent