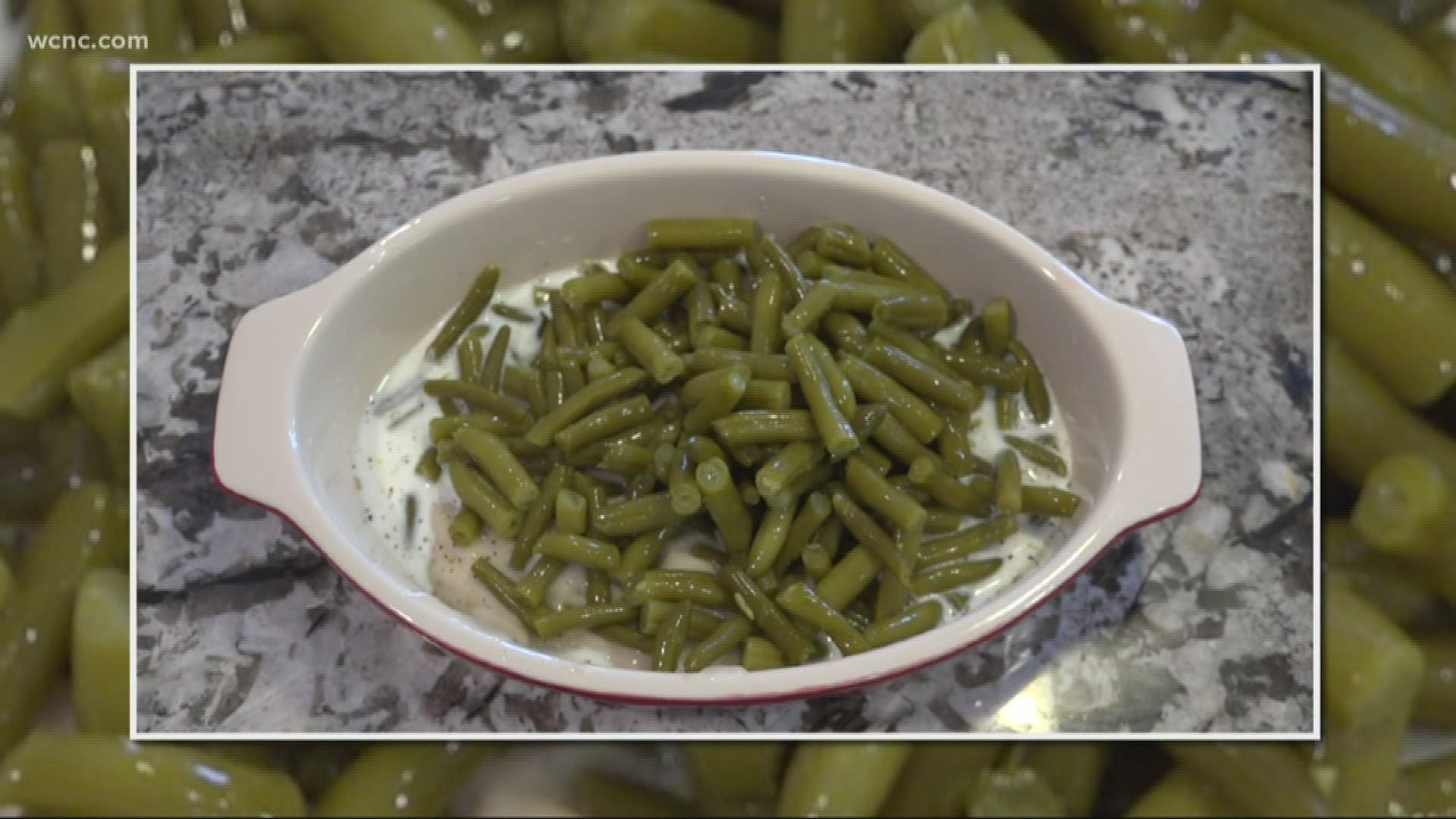 CHARLOTTE, N.C. — Thanksgiving is a little over two weeks away and if you're asked to bring a side to your meal, you might want to skip the green bean casserole.

Unless you like leftovers, then you should make as much green bean cassrole as you want. That's because according to a new Harris Poll survey for Instacart,  24% of people say green bean casserole is their least favorite Thanksgiving food. In fact, we don't even really like it, because most of those people say they only eat it for tradition's sake.

But that's not the No. 1 offender. That title goes to canned cranberry sauce. Twenty-nine percent of respondents don't like it. Nearly half of those surveyed say it's "disgusting." Thirty-one percent don't even mash it up -- they just plop it out of the can and serve it that way.

Sweet potatoes or sweet potato casserole is third at 22% followed by Pumpkin Pie at 21%. Turkey, the Thanksgiving cornerstone, is fifth at 19%.