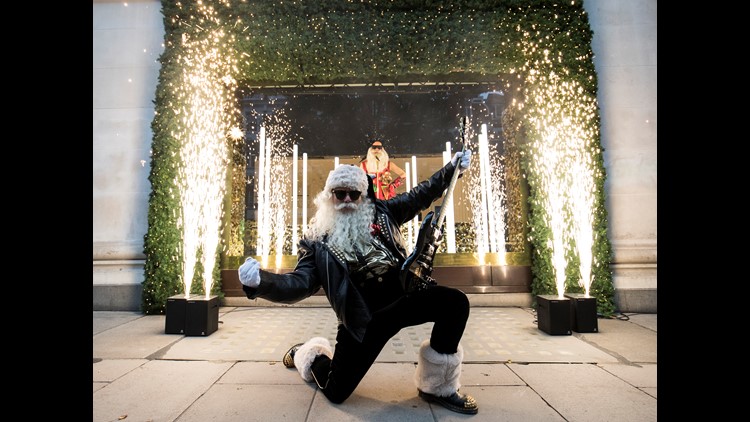 What are the most popular Christmas songs around the world?

KUSA — Is it too early to listen to Christmas music? Music streaming app Spotify says it really depends on where you live.

Most countries start streaming festive tunes in November, Spotify says, with a spike around December 1.

However, according to Spotify data, people in the Philippines start listening as early as September, which is when the country starts Christmas-related festivities.

Some of the most popular streamed artists in the Philippines include Michael Buble, Mariah Carey and Ariana Grande. According to Spotify, local singer Jose Mari Chan's "Christmas in Our Hearts" is also a favorite.

RELATED | Holiday Guide 2018: Everything you need to know about celebrating the holidays in Colorado

Some countries like to wait a bit to get festive.

According to Spotify, people in Argentina and Uruguay tend to wait until Christmas Day to start streaming tunes.

Based on the last three Christmas seasons, these are the top ten countries that streamed the most Christmas music on Spotify:

When it comes to streaming artists, people like a mix of classic and contemporary. Here are the top ten most-streamed artists on Christmas-themed playlists around the world:

RELATED | When will KOSI 101.1 switch to Christmas music?

However, when it comes to individual songs, the classics are top.

Here are the top ten streamed Christmas songs in the United States, according to Spotify data: