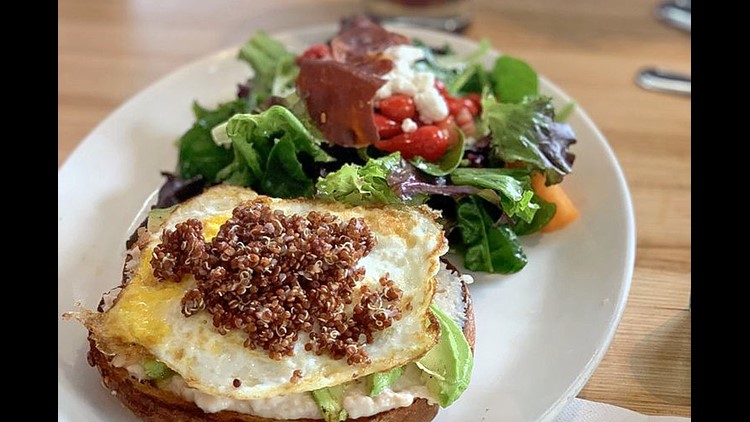 Explore the 5 most popular outposts in Denver's Southmoor Park neighborhood

DENVER — Spending time in Southmoor Park? Get to know this Denver neighborhood by browsing its most popular local businesses, from a cafe and coffee roaster to a sandwich outlet.

Hoodline crunched the numbers to find the top places to visit in Southmoor Park, using both Yelp data and our own secret sauce to produce a ranked list of neighborhood businesses. Read on for the results.

Topping the list is traditional American restaurant Urban Egg Eatery, which serves breakfast, brunch, lunch, coffee, tea and more. Located at 6991 E. Belleview Ave., it's the highest-rated business in the neighborhood, boasting 4.5 stars out of 428 reviews on Yelp.

Next up is cocktail bar Los Chingones, which is known for tacos and Mexican cuisine, situated at 4959 S. Newport St. With four stars out of 511 reviews on Yelp, it's proven to be a local favorite.

Cocktail bar and Mediterranean fusion bistro Ambli Global, which offers tapas, mixed drinks and more, is another prime choice. Yelpers give the business, located at 6799 E. Belleview Ave., 4.5 stars out of 127 reviews.

According to its Yelp page, Ambli Global features a diverse menu inspired by the cuisines from India, Asia and the Mediterranean. Dishes to try include lobster shooters, Spanish-style octopus, scallop pad thai and a short rib burrito.

Check out Corvus Coffee Roasters, which has earned four stars out of 121 reviews on Yelp. You can find the cafe at 4925 S. Newport St.

First established in 2010 and now with two locations in the Denver area, Corvus Coffee Roasters specializes in high-quality artisan coffees made from directly sourced beans, which are roasted on-site in small batches.

And then there's Yampa Sandwich Company, a local favorite with four stars out of 83 reviews. Stop by 4919 S. Newport St. to hit up the deli, which serves salads, sandwiches and more, next time you're in the neighborhood.

Notable specialty sandwiches to look for on the menu include the Pilgrim, which has roast turkey, seasoned stuffing and cranberry chutney, and the County Road, which comes with chicken breast, gouda cheese, red onion, oven-roasted tomatoes and pesto mayonnaise.

This story was created automatically using local business data, then reviewed and augmented by an editor. Click here for more about what we're doing. Got thoughts? Go here to share your feedback.