How an emergency, a baby and Chipotle are all connected

"You never know what you will get when you answer the phone." 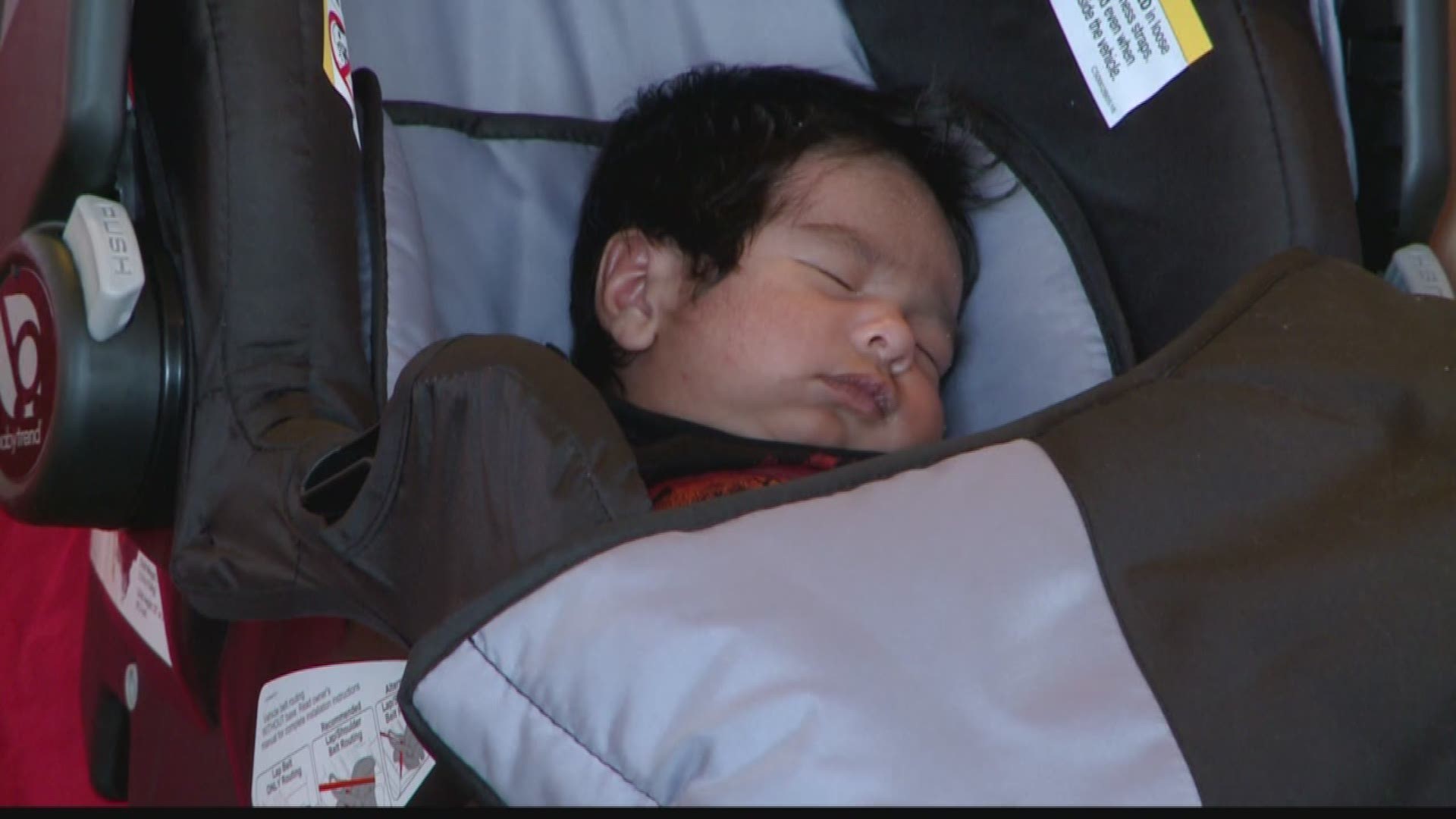 This birth story centers around a Chipotle restaurant.

One month ago, a 911 call changed the life of Adrianna Alvarez - a mother in labor - as she gave birth in the restaurant's parking lot.

This Sunday, the dispatcher on the other end of the 911 call met the family she guided through a critical eight minutes.

Alvarez said her water broke in the car on the way to the hospital and she realized she wasn't going to make it to the hospital in time. That's when her husband called 911 and pulled the car over into a relatively empty parking lot.

Alvarez said she remembers bits and pieces of the conversation between the dispatcher and her husband including this gem: "Make sure you catch the baby it's going to come fast."

The dispatcher was Angie Schell.

"You never know what you will get when you answer the phone," she said.

She stayed on the line when Alvarez gave birth.

"I marked the time when the baby cried because that would the time the baby was born," Schell said. "It happened to be 9:11, which obviously to us meant something - 911 - and it was Telecommunicators Week."

That's how Jaden Flores was born inside his parents' car, outside a Centennial Chipotle. The families celebrated together when Chipotle through Alvarez a belated baby shower.

Chipotle's role in the story isn't just the parking lot; Jaden's parents met while working at the same Chipotle. And on Sunday it became a meeting place once again, as Schell got to spend some time with Jaden.

"Pretty soon I'll be having grandbabies like you!" she said to the child. "I have one time other in my career met someone I helped. Otherwise, we don't even know what happens after they hang up the phone a lot of times."

Schell briefly met the family one before today. It's a family of six now: Jaden has three older brothers and sisters.

Schell said in her 18-year career this is the first time as a dispatcher this has happened.

Both Alvarez and her son are doing well.