The 8-year-old is traveling the country to throw out the first pitch at every MLB field. And she's not the least bit nervous. Meet Hailey. 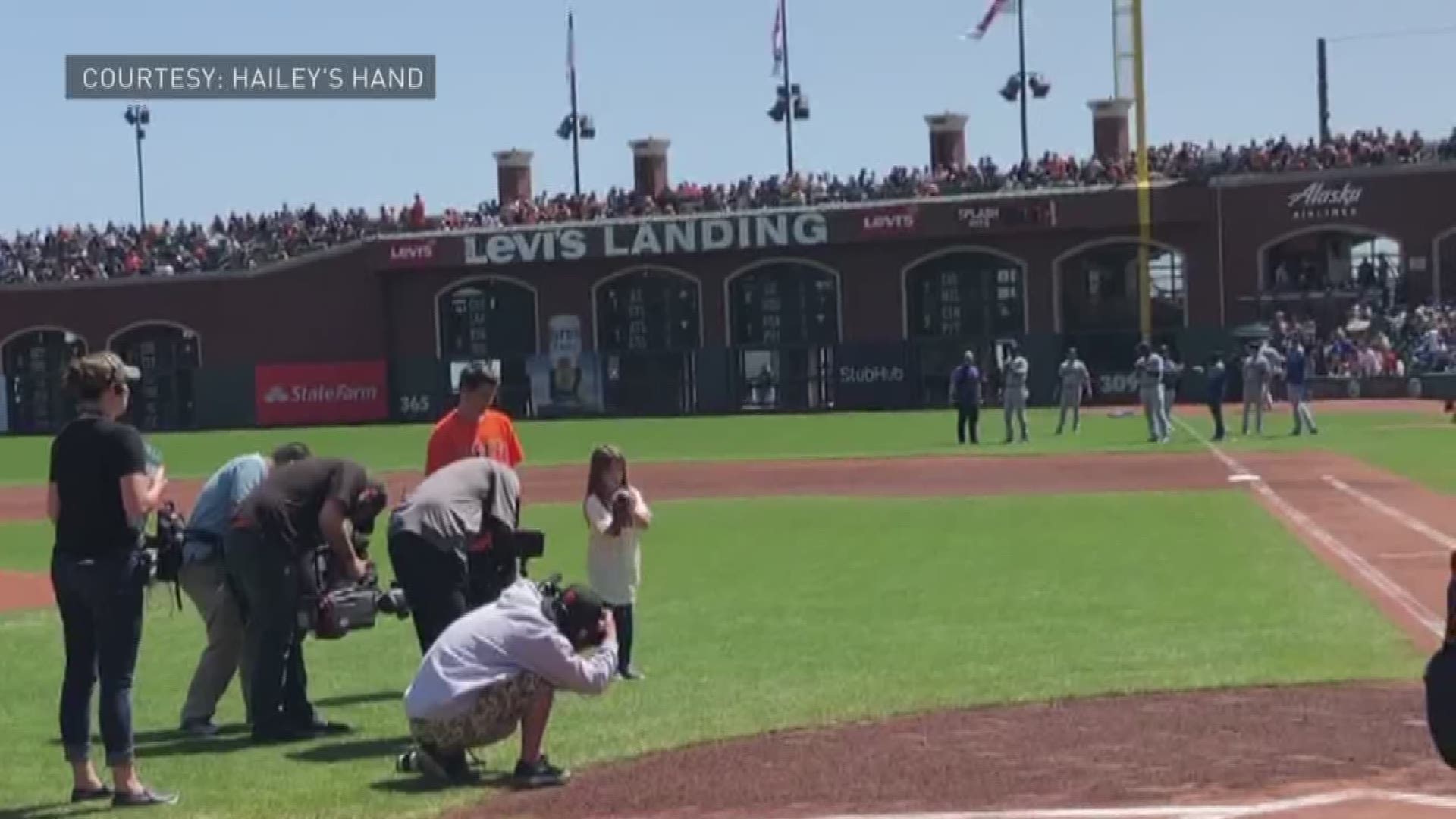 Hailey Dawson will step up to the pitcher's mound at Coors Field Wednesday night.

With thousands of people watching, she will check the position of the catcher. She will wind up her arm. And with the help of a prosthetic hand, she will throw the baseball across the plate.

This will be Hailey’s ninth ceremonial first pitch at a Major League Baseball stadium. This summer, she plans to complete a pitch at the remaining fields across the country. She and her family are documenting her “#Journeyto30” ballparks on social media accounts called “Hailey’s Hand.”

“It’s crazy that [the MLB] would even allow this to happen,” said Hailey’s mother, Yong Dawson. “But they have so far and everyone’s been so nice!”

Dawson said her daughter was born with Poland Syndrome, which resulted in Hailey’s right hand being underdeveloped.

“She was born without the three middle digits and a small pinky and a small thumb,” Dawson explained.

A few years ago, Dawson learned about 3D printed prosthetics. She reached out to the University of Nevada-Las Vegas, which built a prosthetic hand for her daughter. A few months later, the baseball-loving family was invited to a game at UNLV, and Hailey got to throw out the first pitch.

Soon, she wanted to pitch on a bigger stage.

“We were in the car, and she asked me if she could throw out a first pitch for the Orioles,” her mother explained. “And I said, 'well, I'll try!'”

The Dawson’s are long-time fans of the Orioles, and Yong wrote a letter to the team. Soon, Hailey got invited to throw a ceremonial pitch in Baltimore. Then at a Nationals game. Then at a World Series game.

This summer, Hailey is traveling around the country to “pitch” at all of the professional baseball parks still on her list.

“People are so inspired by her,” Hailey’s mother said. “And she doesn’t realize that. She's 8! She thinks it’s fun.”

United Airlines is helping the family travel between parks, and UNLV is making customized prosthetic hands for each of the teams Hailey visits.

“There’s no such thing as limb difference for her,” Dawson said. She just does what she does, and I want other kids and other people with limb differences to feel that same way.”

Hailey throws out the first pitch Wednesday night at Coors Field when the Rockies take on the Giants. Watch the moment in the video below. 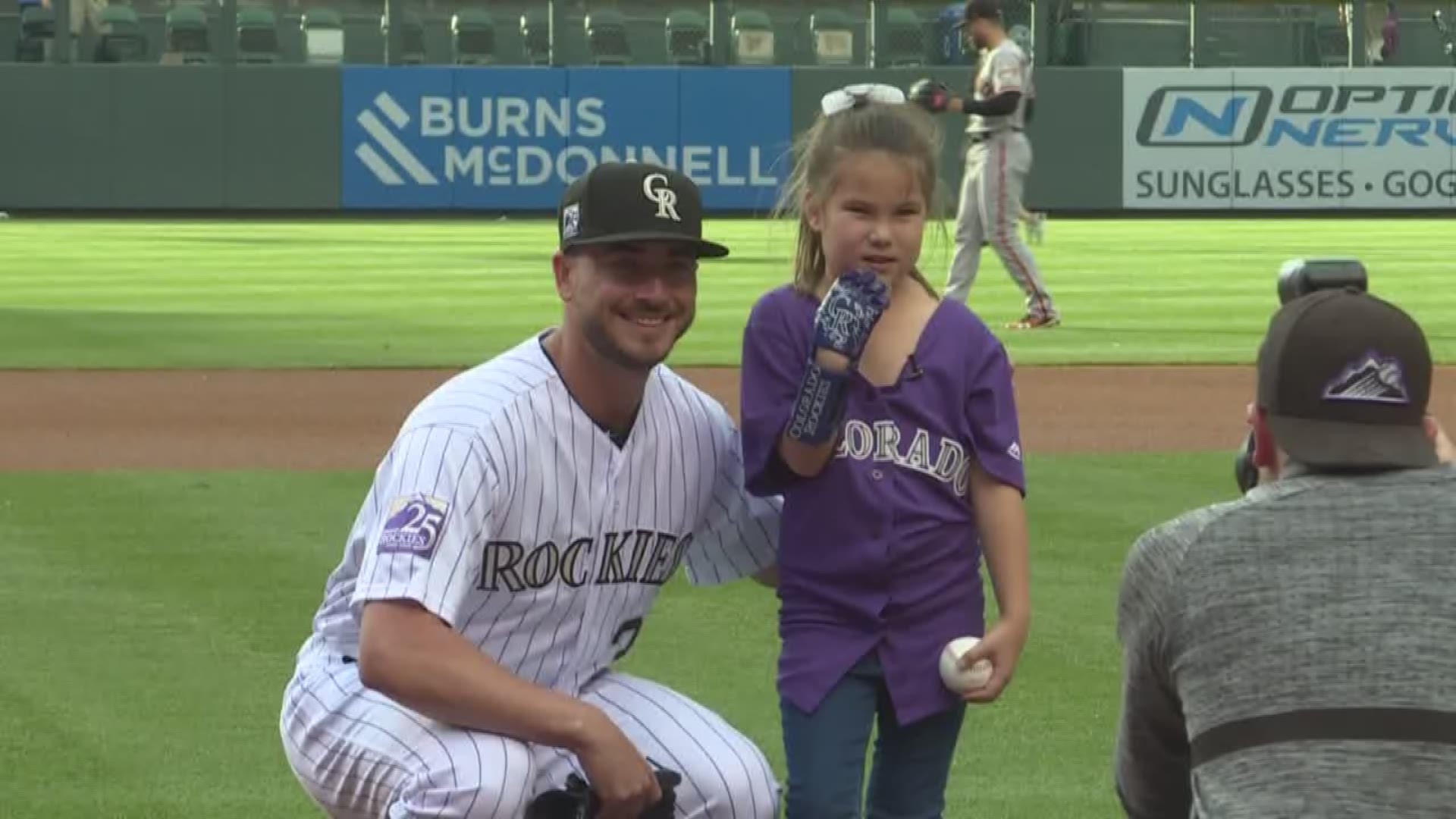