Mother gives thanks after surprise pregnancy 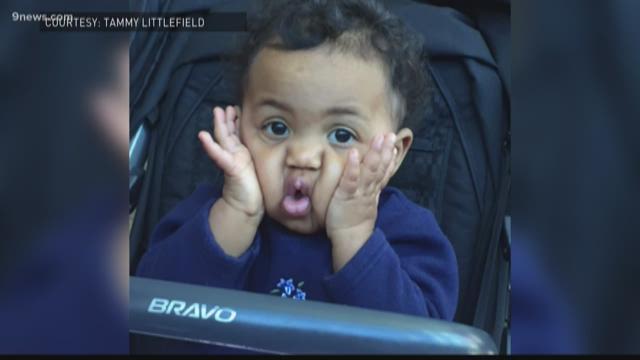 A medical scare turned into a life-changing surprise and a huge blessing according to a new mom who said she didn't find out she was pregnant until she was in labor.

Now she's thanking the nurses and doctors who saved her son's life.

The holidays have always been special for Amy Littlefield. This year she is celebrating a big miracle, her son Cayden.

In September she went to Swedish Southwest Emergency room in Littleton because of stomach pains.

"The doctor comes back and says, 'hey, your pregnant,'" she said.

She had no idea.

"I didn't feel him kicking. I didn't have swollen feet," said Littlefield.

Littlefield also didn't have a lot of time to figure out what was going on since she was going into labor.

"He was five months - 25 weeks - and definitely not ready to come," said Littlefield.

Cayden was born weighing just over one pound.

"Born at that age, we worry whether they can breathe on their own and if they can keep themselves warm," said Jody Heart. She was one of the nurses who helped keep Cayden alive until he was airlifted to Rocky Mountain Hospital for Children.

"I've been a nurse for 26 years. Never in my career have I delivered a premature baby," said Heart.

Thursday she met him again for the first time since Cayden made his surprise entrance.

"Everyone at the hospital said he wouldn't be here if it wasn't for you guys," said Littlefield to Heart.

It's easier to smile about what happened recently: Cayden, once so small and fragile, is growing stronger. He's getting ready to go home next week in time for his now big sister's first birthday. It also helps explain what happened.

"She was a nursing mom for her other daughter," Heart said, explaining a time when the body goes through a lot of changes.

From a surprise pregnancy to a surprise baby boy, there is one thing Amy is no longer surprised by and that is the fact that her little boy is a fighter.

"You've seen him overcome a lot of battles," said Littlefield.

Littlefield said Cayden does have a heart murmur that can be treated and is still developing his eyesight.

He and his sister are exactly nine months and one day apart.