Natalie Toth, chief fossil preparator at DMNS, said she and her colleagues brought back seven large jackets (used to store the fossils) and a few small ones. 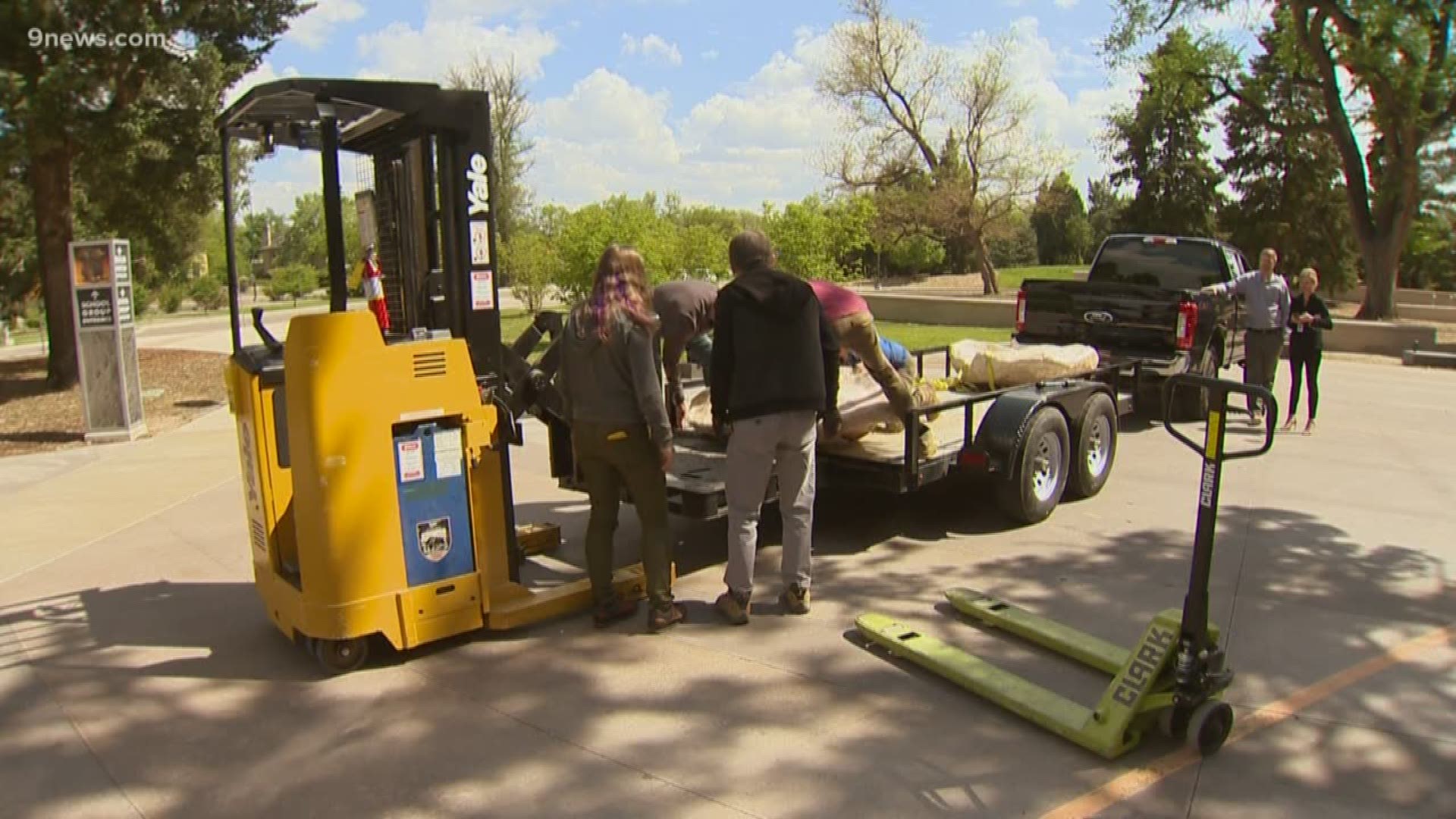 DENVER — Denver Museum of Nature & Science staff and volunteers will get to work studying about 20-25 dinosaur fossils discovered at a Highlands Ranch construction site earlier this month.

Natalie Toth, chief fossil preparator at DMNS, said she and her colleagues brought back seven large jackets (used to store the fossils) and a few small ones.

"We take pieces of burlap, we dunk them in plaster — it helps protect the fossils on this luckily short journey that they have back to the museum," Toth said at a Wednesday news conference. 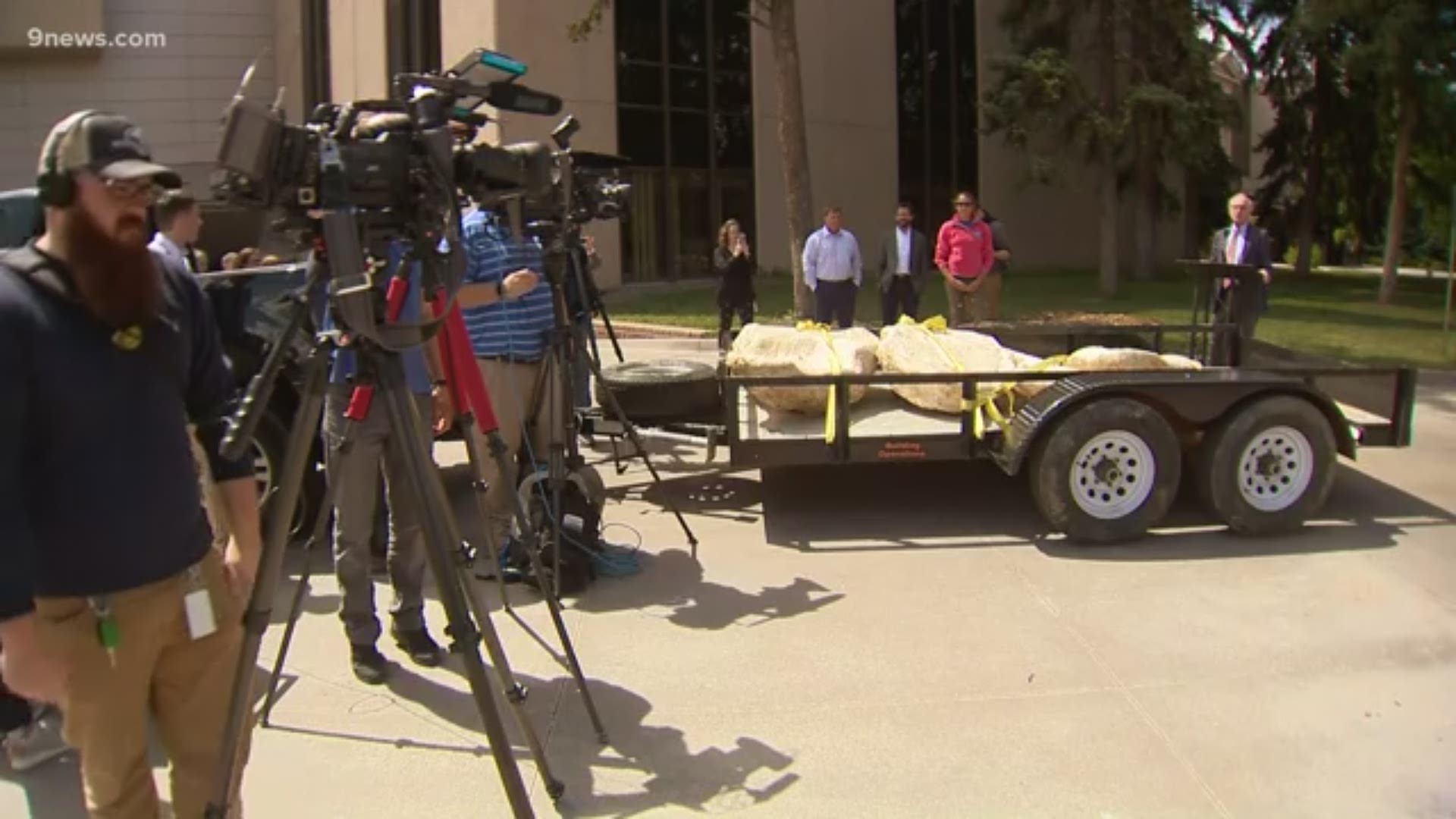 Toth said the bones are from a horned dinosaur, but they haven't yet determined the dinosaur's genus or species.

Toth, along with fellow museum staff and volunteers, will work on the bones in DMNS' fossil prep lab.

"We're hoping to be able to crack one of these things open and have them available for public viewing so folks and visitors that are coming through the museum can watch the process as we start to work on some of these fossils," Toth said.

Toth said the fossils collected were scattered around a 30-foot area. They have not found a full skeleton, which would have about 200 bones.

"We're still missing a bit of the puzzle, but that's not to say it's not out there," she said.