George and Audrey Heiney have been making and selling glass sculptures at the National Western Stock Show since 1981. Audrey was diagnosed with stage 4 cancer in October. 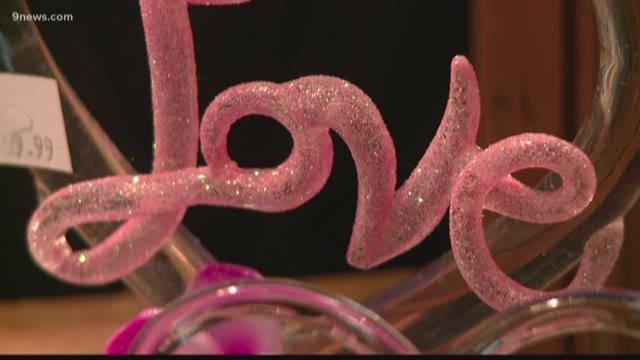 Smells of nachos and barbeque fill the concourse.

If you've ever walked by Portal 1 of the Coliseum, you may have also noticed a subtle hissing sound coming from B and B Glass Creations as George Heiney shapes his figurines.

Since 1981, George has sat at his stand with his wife Audrey, molding glass into horses, boats and carriages, selling them to whoever wants them.

"You've got to be patient because it takes time to build everything," George said of his craft.

To George, it's a therapy of sorts. As soon as he leaves the Stock Show, he must face the daunting reality that resides at home.

George and Audrey met 42 years at a glass sculpting class in Denver. Audrey's father was the master sculptor. The two began dating, going into business together once they married.

"She's the better half of [our business]," George said. "She always has been."

For the first time since the couple began this ventur,e Audrey has missed the stock show as she overcomes chemotherapy at home. A bout of nausea in October revealed Stage 4 cancer.

Following the diagnosis doctors gave Audrey six months to a year to live.

"She's been my inspiration," said George chocking back tears. "She's strong. Much stronger than I am."