This isn't your dad's arcade. ... Though he'd be welcome and would probably have a pretty great time. 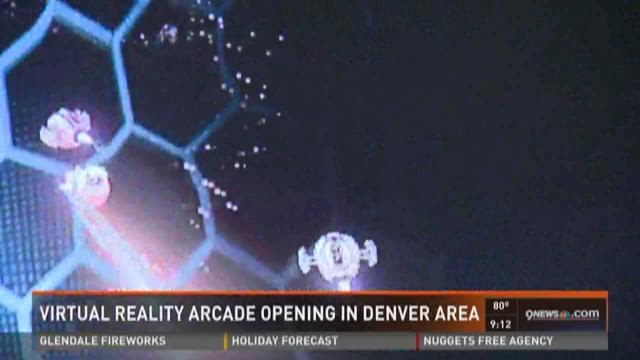 Head Games VR has the honor of being the first virtual reality arcade in the Denver area. It held its grand opening Saturday night with a party in conjunction with Denver Comic Con.

The arcade has opened on Colfax Avenue near Kipling in Lakewood. Right now the arcade features three VR setups, but the owners have plans to expand on that in the future.

As for the idea? it came during a road trip.

"I was driving out to Las Vegas with my brother, Adam, and he and I were playing with the idea of escape rooms and then he mentioned they had VR in Sweden, where he's from," says Victoria Merchant, one of the owners of Head Games VR. "So we kinda turned to each other and said, 'let's do that. Let's do VR.'"

She says while they were driving they needed to come up with a name - and they made all sorts of lists for funny names.

Nathan Hostetler, also of Head Games, says VR is fun for all ages.

"This is somewhere anyone of any age or background could come and try out VR and any kind of experience they want to - have a different experience every time," he says. "And they can see the potential that this entertainment has going into the future."

Merchant hopes to work with Colorado game developers to offer their new VR games to the public. She also wants to expand the business to include more headsets - and eventually more locations.

An hour of VR gaming will cost you $29 but up to five people can join you. You can reserve time online at this link.