'Christmas on Colfax' from the street's poet laureate 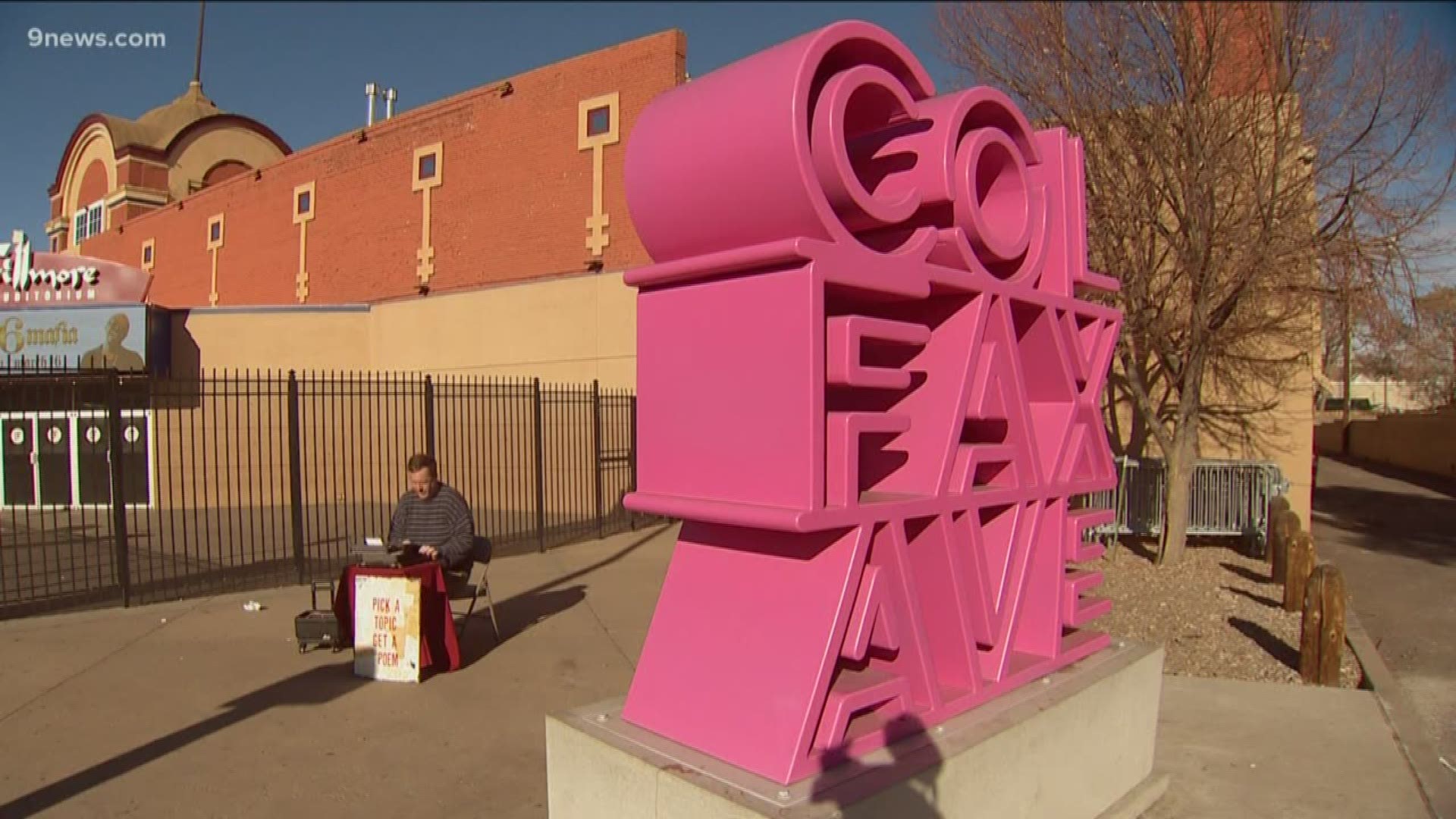 DENVER — Stretching from Heritage Road in Golden to Headlight Road in Strasburg, Colfax Avenue is often referred to as the longest, wickedest street in America.

The 49.5 miles are littered with bars, "sketchy" hotels as some say, and plenty of restaurants. But once a year, the wretched ways of this street intersect with the warm holiday spirit of Christmas.

As the bells from the Cathedral Basilica of the Immaculate Conception sing "The First Noel," Denver Firefighters lend medical assistance to a man in front of the liquor store across the street. Michael captured the contrasting feeling of Christmas on Colfax in a poem he wrote on Christmas morning this year.

“I really want to put my heart into it and write about what I see each day here,” Prince said.

Prince lives and breathes Colfax – iterally. He lives at Colfax and Pearl Street, and works in retail along the infamous avenue. As "The Fax" continues to change along with the state it calls home, Prince hopes his art documents the street he calls home.

“There’s just a lot of life and a lot of people pushed together and trying to be together in Christmas cheer,” he said,