Dog owner warning others after losing her pet to deadly algae

Tamra Massey's dog, Fina, died within an hour of ingesting blue-green algae in the Guadalupe River. 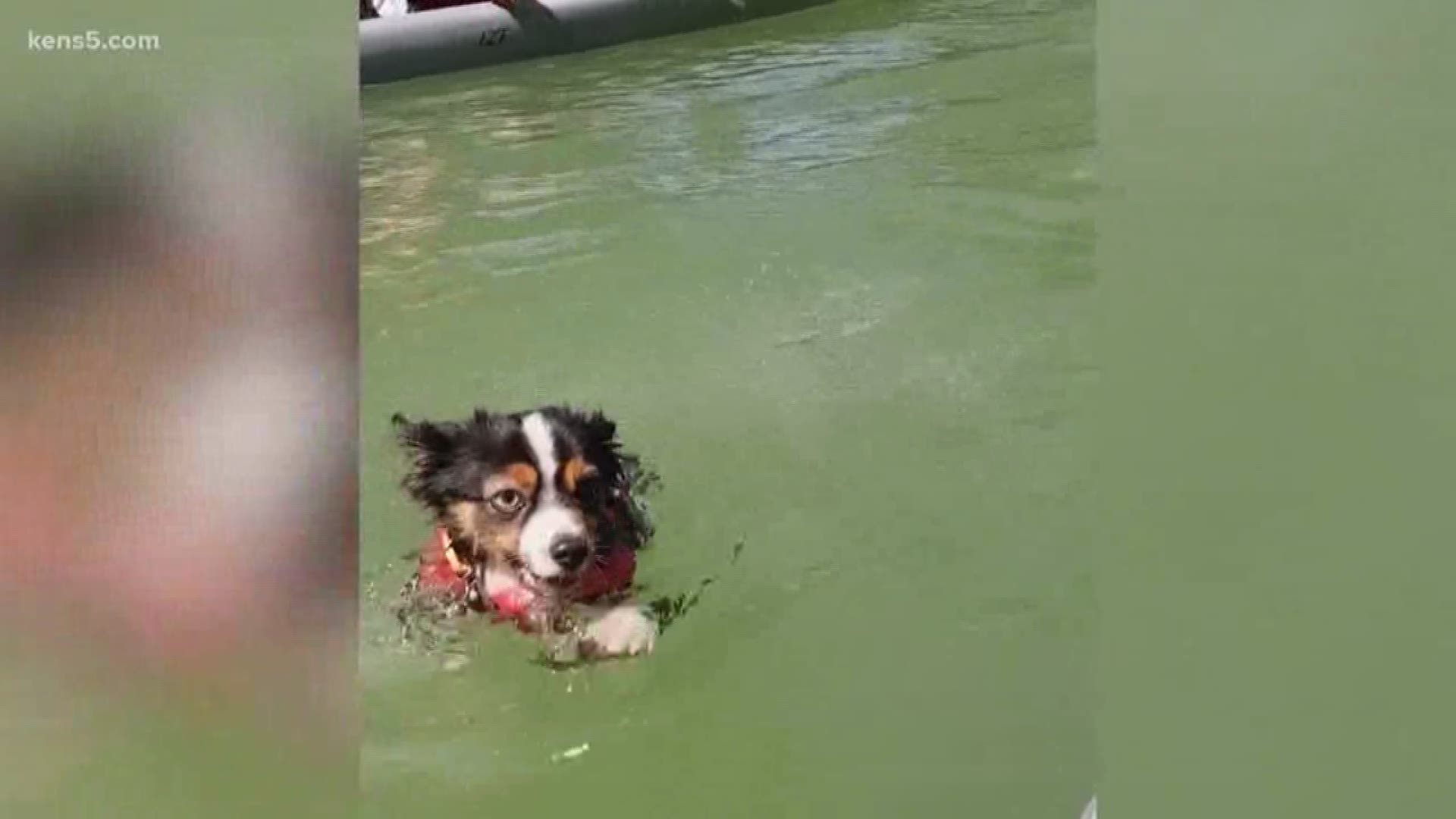 BOERNE, Texas — Something lurking in area lakes and rivers could be deadly to your pet.

Tamra Massey is sharing her story in hopes that warning others could prevent the same heartache she experienced after losing her beloved dog.

“I was with her for three and a half years; she was constantly by my side,” Massey said.  “Now, it’s just different. It’s so hard.”

Massey said she took her toy Australian Shepherd named Fina swimming two weeks ago in the Guadalupe River, just steps away from her home near Sisterdale. It wasn’t the first time Fina had been in the water. Massey said they took the dog in the water dozens of times. “She loved to swim."

But this time, something was different.

“I knew something was wrong because you know your pets, and you know when something is not right,” Massey said. “I just didn’t think it was this ‘not right.'”

She said she took the dog out of the water, and minutes later, Fina began having seizures.

Massey rushed Fina to the vet, where she continued to have multiple seizures, and in less than an hour, Fina was gone.

“It was so fast. 15 minutes she was out of the water, and that’s when we noticed the first signs, probably 25 minutes total until we got to the vet, and she was all but gone then,” Massey said.

Dr. Murl Bailey with the Texas A&M School of Veterinary Medicine said if a dog ingests the algae, it can be fatal. “Some of the toxins that affect the nervous system are very fast acting, and if the animal drinks it in, it can be dead in a minute or two,” he said.

Bailey said there are multiple types of algae, and if an animal ingests one with the neurological toxin, the symptoms will appear immediately.

“There will be convulsions, rapid panting, and then, in a few seconds, there’ll be panting and then there’s not much you can do with them,” Bailey said.

Bailey said dogs can ingest the algae other ways, too. “If they get out of the water and they start licking themselves and then that's when they get the ingestion,” he said.

Bailey said the algae lives basically all over the U.S. “We’ve had blue green algae in the ocean as well as in fresh water,” he said.

Bailey explained the algae can appear at different times depending on the conditions of the water.  For example, there hasn’t been any rain, decreasing the river flow.

He said it also depends on the nutrients in the water, but it’s too difficult to predict when the algae can appear.

“You can't just look at water and say, ‘oh, it's got blue green algae in it’ because it may be completely clear, but the toxin is still there,” he said.  “The algae have gone away and have left the chemical, and so we just don't know until it's too late.”

Bailey also said that people may get sick, but the blue green algae isn’t dangerous to humans.

Massey said she reported her dog’s death to the Texas Commission on Environmental Quality, and they came immediately and tested the water.

In a statement, the TCEQ said, in part:

“Field parameters consisting of dissolved oxygen, pH, and specific conductivity were measured. The monitoring results did not indicate a concern for water quality impairment based on these parameters. Healthy aquatic life was observed and impacts from regulated activities or discharges were not observed.

In this instance, local jurisdictions may voluntarily provide public notice or closure based on water quality at high recreational-use areas."

KENS 5 also reached out to the San Antonio River Authority to see if they’ve had any reports of the algae.

They responded in a statement:

Massey said she just hopes her story will warn others about the deadly effects of the algae.

“I don’t want to talk about her death anymore,” Massey said. “I just want to remember everything good, but I just don’t want this to happen to anybody else.”

'Wedding crasher' wanted | Why investigators fear there may be more victims

Moon may obscure peak of Perseid meteor shower this week