An economics professor said while some may reinvent themselves, many familiar chains may disappear altogether. 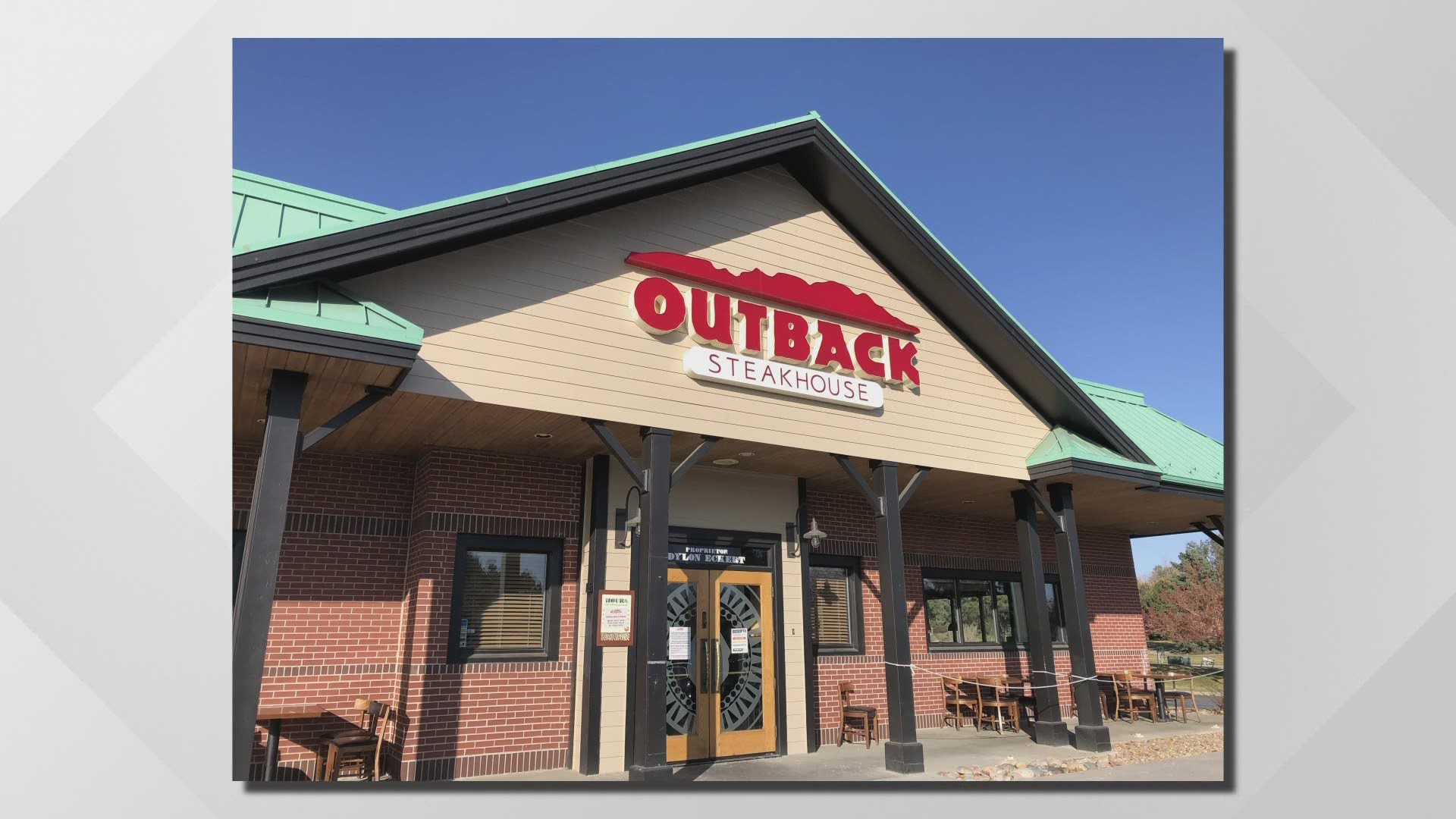 COLORADO, USA — When the COVID-19 pandemic is in the past, some of the most iconic restaurant chains in the country will either be gone, or look a lot different as they reopen to full capacity.

"Some restaurants and retailers may succeed in reinventing themselves, likely narrowing their brick and mortar presence to just the larger cities, while also expanding online/delivery options," Weiler told 9NEWS. "But others may be bought out or gone entirely. It happened in the travel industry after 9/11. Remember major carriers like TWA and Northwest Orient."

Casual dining restaurants are among the hardest-hit categories, many of them mainstays for our older population. Weiler said they are under incredible pressure, and they are among the favorites in Colorado. Consumers here spend $3,387 per-year-eating-out, according to the U.S. Bureau of Economic Analysis. Colorado consumers eat-out about six times a week, putting the state among those that spend the most on casual dining.

But chances are pretty good you won't be eating at Sweet Tomatoes anymore. That company is closing all of its locations permanently.

California Pizza kitchen is restructuring in Bankruptcy — they have filed for chapter 11.

Denny's, Outback Steakhouse and Applebee's are struggling as well. These are all some of America's favorite places to eat.

Weiler said it's still too early to tell what the casual dining scene will look like on the other side of the pandemic.

"It will be interesting to see how some of these market leaders manage, because, I mean, California Pizza Kitchen was a concept that really hit home, you know, and did very well for quite a long time," Weiler said. "It will be interesting to see how former market leaders like that actually transfer themselves. In any case, I think they've taken note of the delivery and pick-up options. The point is, the problem is, that doesn't create a whole lot of jobs. That's the problem."

Weiler said he predicts that other venues, such as arcade restaurants like Dave and Busters, which are designed for big, close contact crowds, will also face big challenges.

And in fact, Chuck E. Cheese, another big arcade venue for the younger set, has already filed for bankruptcy protection. They're not gone completely, but they were struggling before this all began.

A lot of big retail names are struggling as well. American Eagle Outfitters will close between 40 and 50 locations this year, Bed Bath and Beyond will close another 60 stores by the end of the year on top of the 200 already closed, and GameStop will close 100 stores on top of the 400 they have already shut-down globally.

Weiler said the loss of jobs in those businesses, when combined with the restaurant closings, will be staggering.

"What you're probably going to see is the people that come back are going to be slimmer and they'll have slimmer work-forces," Weiler said. "They're going to have pivoted you know, more towards the delivery and pick-up options. That's what the consumer seems to want. And so unfortunately the staffing goes with that. And again, that's why, in terms of workers that I'm worried about, are really the folks that we've been talking about, you know. Those are probably the folks that will have to find jobs in different sectors, and that's not easy to do."

RELATED: Value of used cars up as sales boom during COVID-19 pandemic