The test is so accurate, it can determine whether a person's symptoms will be mild or severe. 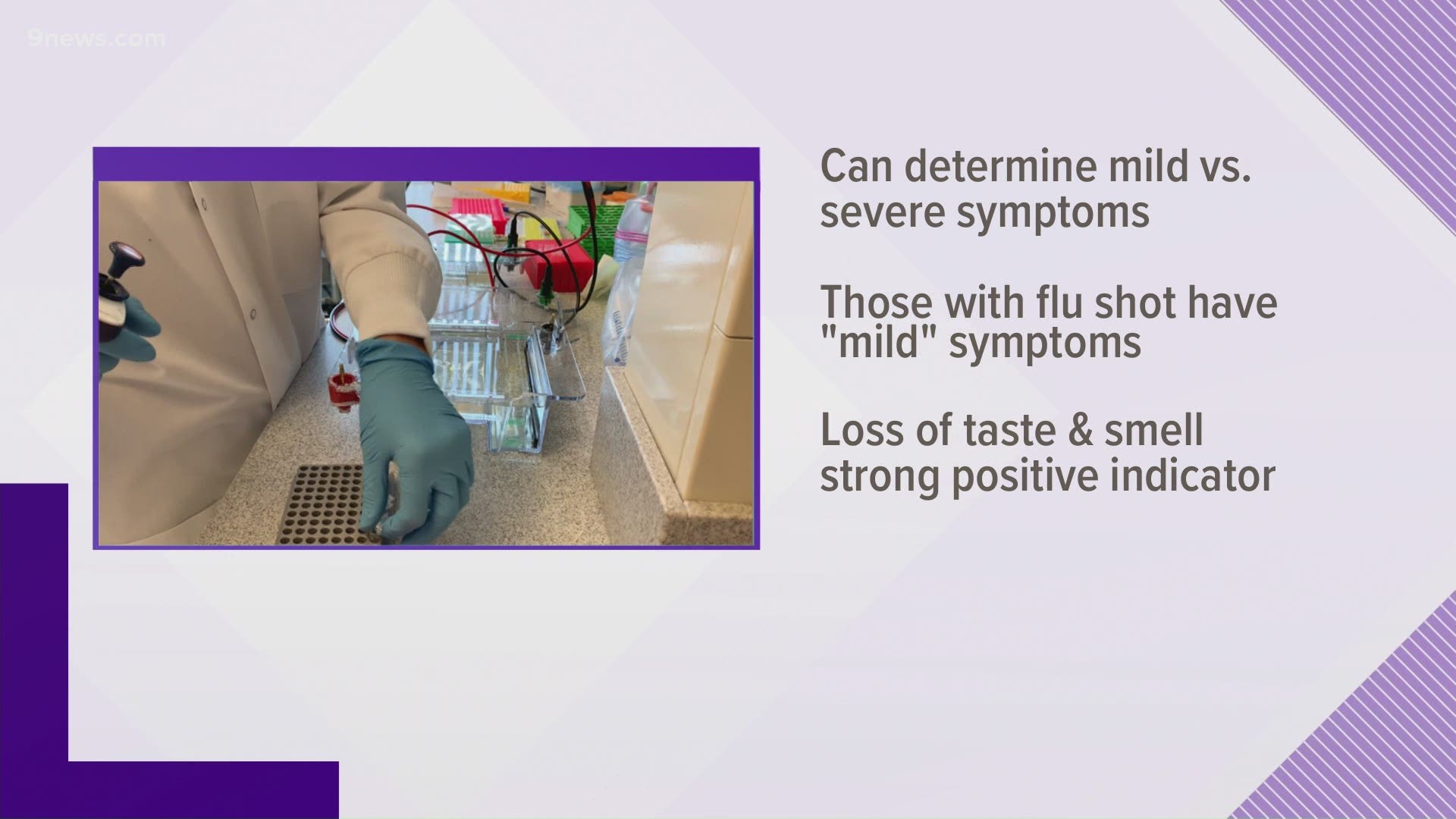 DENVER — Scientists at the University of Denver's (DU) Knoebel Institute for Healthy Aging, in collaboration with two other research entities, have developed and tested a new and highly sensitive antibody test for COVID-19 that is so accurate, it can predict if a patient will experience "mild" COVID symptoms verses more "severe" symptoms.

The test has received an Emergency Use Authorization from the U.S. Food & Drug Administration (FDA).

The test is a breakthrough because it examines more viral antigens than most other antibody tests and therefore can learn a lot more about a patient with symptoms, said Dr. Daniel Linseman, associate director of the Knoebel Institute for Healthy Aging.

"Most serology tests that have been approved by the FDA so far test for only one or two viral antigens, whereas this test will test for 12 different viral antigens," Linseman said.

The new test can also give doctors a head start on treatment for new patients. Because the virus can move very quickly through older patients or patients with what are called "comorbidities" or other medical problems, said Linseman, "speed of diagnosis" becomes very important.

The test is also important to identify those people who never experienced symptoms but have been exposed and have developed antibodies that will likely protect them from subsequent infection.

In developing the new test, and discovering distinct antibody profiles that can indicate whether you will exhibit mild symptoms or severe symptoms, researchers also found that patients who had a flu vaccine in the past year showed more mild symptoms than those who did not. They also confirmed that   "loss of taste and smell" is strongly associated with a positive test for COVID. That's a reaffirmation that the symptom is a critical indicator, Dr. Linseman said.

Linseman also said they may offer options for how the test can be administered.

"So they have a couple of different ways they can do it," Linseman said. "They can take a blood sample, you know, an actual tube of blood, and they can look at it. Or they can do what's called a 'dry blood spot test' where you basically prick your finger and you put your blood essentially on a piece of paper, and you can send that through your doctor to this company Vibrant and they will run the test."

It can be done quickly, Linseman said,  and it will eliminate false positives and false negatives that occasionally appear in other tests.

The cost of the test is still yet to be determined. But it is likely to be in demand because, as Linseman described, it can "cast a wider net" to detect even those people who might be asymptomatic and have not mounted a very large immune response.