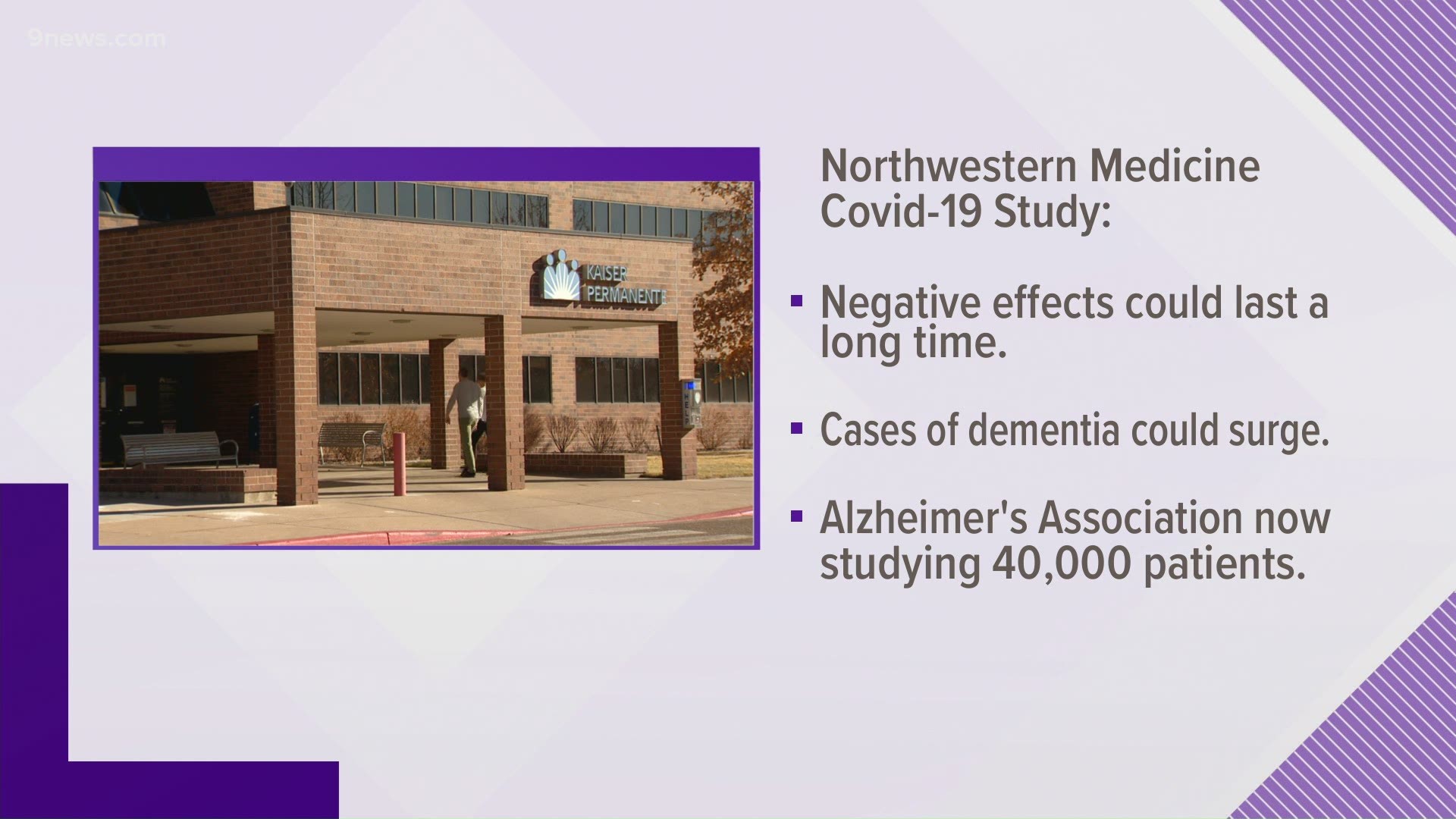 COLORADO, USA — More than 80% of hospitalized COVID-19 patients have neurological symptoms, according to a new study from the Northwestern Medicine Health System.

The study, which analyzed 509 COVID-19 hospitalized patients, found that even patients who have mild cases of COVID-19 have reported memory loss, trouble focusing and other related problems that can last for months.

Doctors in the Northwestern Medicine study said there is now compelling evidence that the negative effects of the virus could last for a long time, possibly creating a surge of cases of dementia and cognitive decline years down the road.

> The video above explores how COVID-19 affects people differently based on their age.

That finding has prompted the Alzheimer's Association to launch a subsequent study. They want to know if the symptoms are permanent or just short term.

The Alzheimer's Association, with technical guidance from the World Health Organization (WHO), will study 40,000 patients ages 50 and older to try to understand the long term effects.

Jim Herlihy at the Colorado Chapter of the Alzheimer's Association said the condition is called executive function deficit, which includes many symptoms, such as short term memory loss, inability to multitask, trouble starting and organizing tasks and trouble paying attention.

"So what we want to find is in six months, a year, in a year-and-a-half, are those problems still going to be there?" Herlihy said. "Then we know that we've got some greater implications than if it's just short term effects."

Scientists have been investigating the links between infection and dementia for years. Just one episode of pneumonia, for example, that requires hospitalization can result in an acceleration of cognitive decline, especially for those already predisposed to memory problems, according to the National Institute of Neurological Disorders and Strokes.

And doctors also said they have identified with certainty the three most dangerous underlying conditions for COVID-19:

Herlihy said there are currently 73 drugs in U.S. Food and Drug Administration (FDA) phase 3 trials for Alzheimer's, as well as hundreds of drugs in phase one and two trials.