Popularity of e-bikes on the rise

Traditional bicycles can be tough to come by due to high demand and supply chain issues. 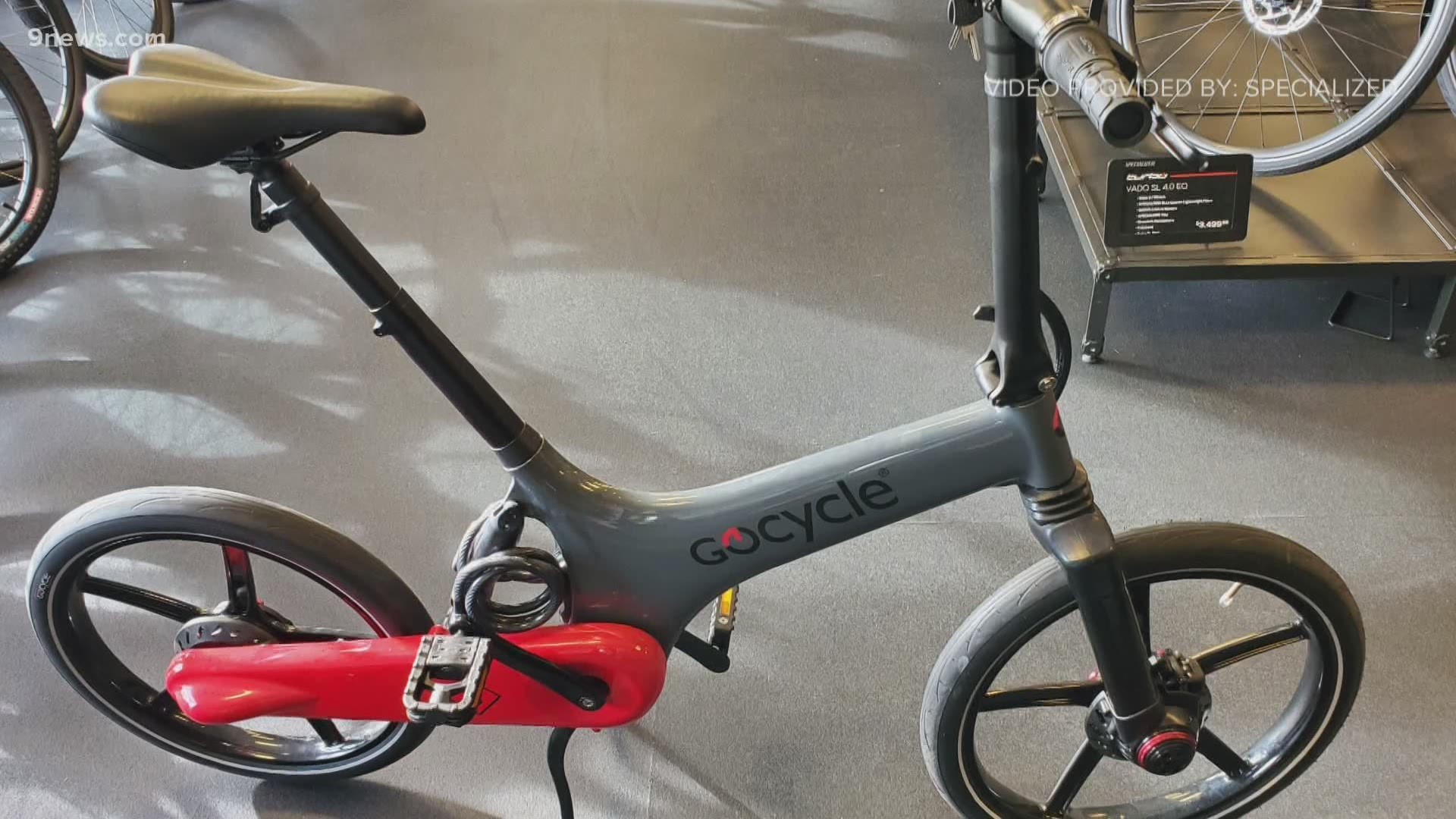 COLORADO, USA — Electric bikes are gaining in popularity and are more widely available than other bikes, which have been in short supply, according to bicycle retailers nationwide.

RELATED: With bicycle sales on the rise, finding one in time for Christmas may be tough

"Pedelecs" are selling well in a wide age range — from teens age 15 to seniors age 80. They're also in greater supply than traditional bicycles and the most popular cost anywhere from $600-$8,000, according to eBikesHQ, an online resource for electric bikes.

Light rail riders, RV and boat owners and commuters who need short-distance transportation may also find use for e-bikes, such as a foldable version called the "Gocycle."

There are three classes of e-bikes: Class 1, Class 2 and Class 3.

The "Levo," the most popular, is a Class 1 e-bike, and it shares characteristics with Class 3 bikes, said Bob Magatagan, operations manager at the Bike Source, a bike store in Highlands Ranch.

Class 1 is "pedal assist," meaning the motor is only engaged when you are pedaling the bike, and it has a maximum speed of 20-MPH.

"Most Class 1 e-bikes are mountain bikes," Magatagan said. "Class 3 are the same thing — pedal assist, so the motor is only engaging when you are peddling the bike, but with a 28 mph max."

Magatagan said Class 2 e-bikes have throttles. They also go 28 mph, but have all kinds of restrictions because they are considered a motorized vehicle. Many bike shops don't offer them.

Most of the e-bikes in that price range are already hard to come by as December shipments have sold out in the pre-Christmas rush.

The higher-end e-bikes are pretty durable, Magatagan said. They also have many of the components that regular bikes do, and consumers often buy service contracts. E-bikes are typically ridden more frequently at higher speeds and for longer distances than regular bikes and therefore tend to wear out faster.

RELATED: Here are several scams that are prevalent amid the pandemic (and how to protect yourself)

RELATED: The other side of the pandemic may look very different for big-box restaurant chains