The new drug may slow the rate of cognitive decline, and the new blood test is easier to administer. Neither have FDA approval yet. 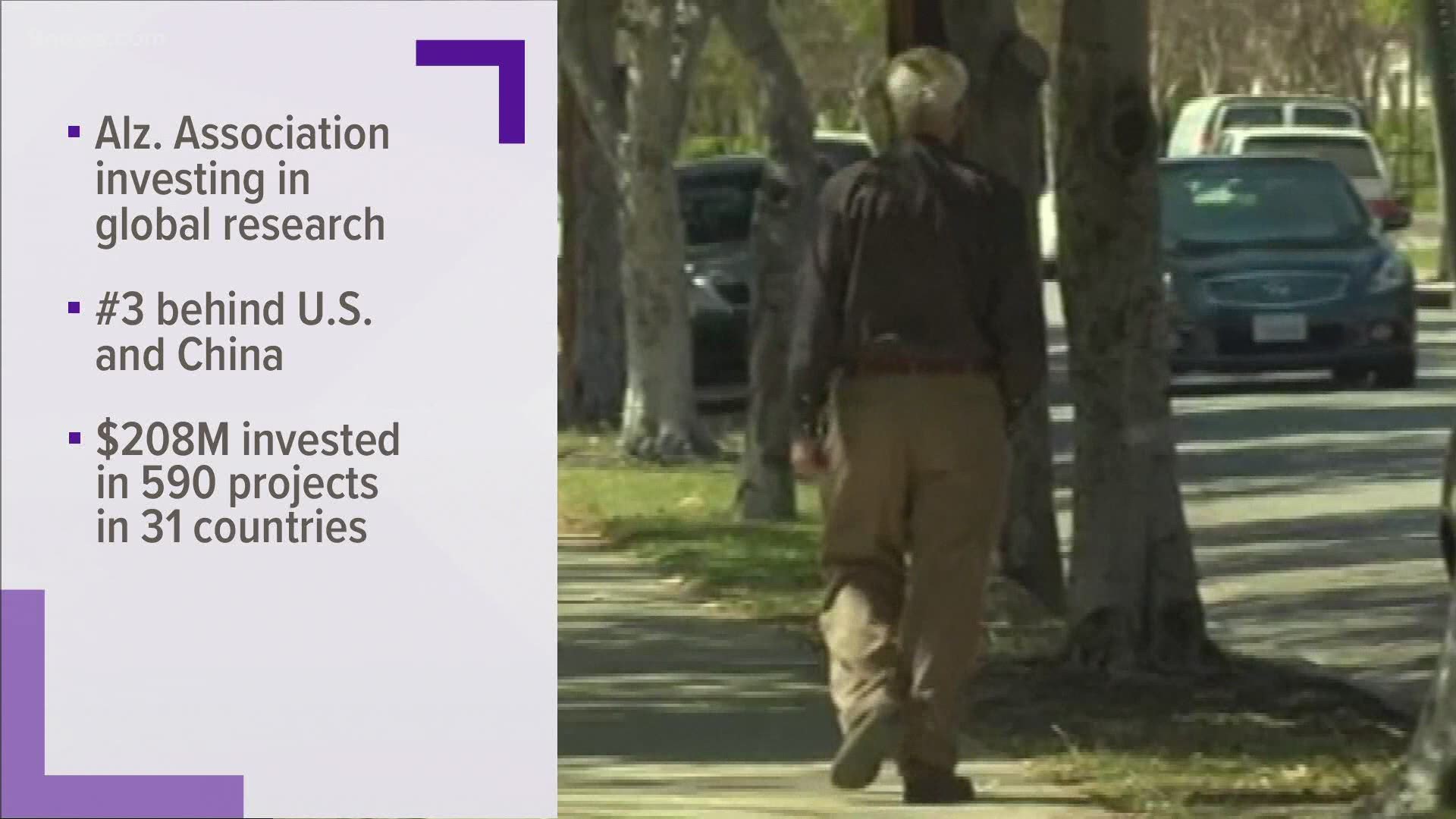 COLORADO, USA — An experimental Alzheimer's drug has shown to slow the rate at which patients lost their ability to think and care for themselves.

The findings haven't been formally published yet, but if accurate, will represent the first time a positive result has been found in a Phase 2 study of a drug that slows or stops the advance of the disease.

The drug, Donanemab, comes from Indianpolis-based pharmaceutical company Eli Lilly and Company and involved 272 patients over two years. Patients received an infusion once every four weeks and saw a permanent reduction of 32% in their rate of decline. The company's chief scientific officer said the drug eliminated some of the brain plaques that cause Alzheimer's and those plaques did not return. The findings, researchers said, are another indication that we may be getting closer to a cure.

In another development, C2N Diagnostics, a research company in St. Louis, has developed an easily administered blood test that can detect Alzheimer's in the bloodstream.

The new test and the announcement of a new drug represent an important step in advance of a cure for the disease, which remains the sixth leading cause of death in the U.S., but ranks as high at the No. 3 cause in Europe, and among the leading causes of death in Australia and in Scotland.

"Donanemab" and the new C2N test are just two of literally hundreds of devices and drugs currently in field trials or awaiting FDA approval, all aimed at a cure for a disease that currently impacts 5.8 Million Americans. The Colorado Chapter of the Alzheimer's Association estimates the number of Alzheimer's patients in Colorado would fill Mile High Stadium.

There is a significant push for a cure, and the Alzheimer's Association itself is also investing in "global" research. They are the No. 3 funder of Alzheimer's research behind the U.S. and China, with $208 million currently invested in 590 projects in 31 countries.

Senior Director of Marketing and Communication with the Colorado Chapter of the Alzheimer's Association Jim Herlihy said researchers around the globe are racing to find a solution to this disease. He also said the blood tests that discover the disease early will not only help patients, but will also save trillions.

"There is an estimate that if we can move up the diagnosis of Alzheimer's by just five years, that we would save almost $8 trillion over the lifespan of the people being cared for," Herlihy said. "So, as you can see, I mean certainly a cure is the ultimate goal, but I think diagnosing this disease earlier will be a huge benefit for the health community and for caregivers and for people living with the disease."

Early diagnosis gives patients more opportunity to take advantage of medications that are currently available to slow the disease. It provides more opportunities for families to plan financially for care. And it reduces emergency room visits and other expensive care.

The newest tests are also less invasive, less painful and less costly. They can be part of a regular physical and provide advance notice of cognitive decline.

At the moment, however, they are not approved by the U.S. Food and Drug Administration (FDA), not covered by insurance and are currently more of a warning sign for more investigation of cognitive decline.