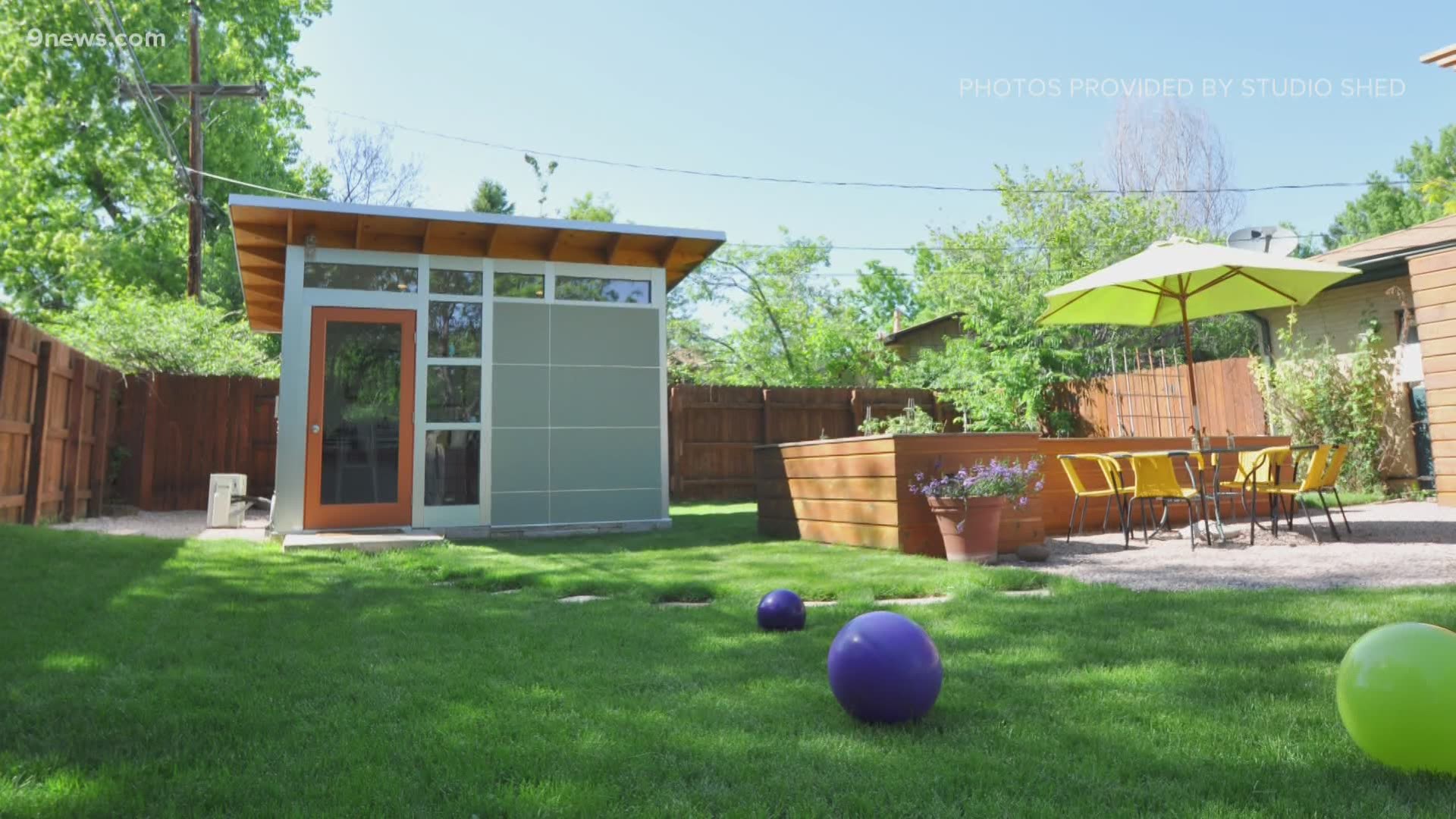 COLORADO, USA — A Colorado company that creates a high-end home office shed for the backyard has experienced some serious growth in recent months, with orders in August alone up 500-600% alone.

Studio Shed, based in Louisville, provides sheds that can be turned into a high-end office in people's backyards, complete with finished flooring, insulation and an electrical kit.

Mike Koenig, president of Studio Shed, said the sheds — which run from about $20,000 to $30,000 — can also include heating and cooling and a concrete foundation, providing privacy to conduct business at a home-away-from-home office.

Koenig said the base units have been redesigned, are usually then customized to fit the buyers needs, prefabricated in Colorado, and then delivered directly to purchasers' doors within four weeks.

"Right now, the core customer is the folks looking for a home office solution," Koenig said. "But also it's a lot of home schooling or just people looking to have the flex space for them to do with what they will."

Koenig said he has had to hire more workers and add an extra shift to keep up with demand.

To his astonishment, Americans needed to continue working, and they had to find space at home to do that.

"That development has resulted in a meteoric increase for us," Koenig said.

According to a study, released at the end of June by the Stanford Institute for Economic Policy research, 42% of the U.S labor force is now working full-time from home.

In the Denver metro area, the shortage of inventory and the rapid increase in home prices (DMAR) has helped the sale of the portable offices as well.

Because many have been unable to "move-up" and purchase more space, Koenig said installing a backyard office is becoming the next best option.

"You are actually adding value to your home," Koenig said. "The product is actually an appreciating asset. People are putting them in places in their backyard that are typically underused, maybe replacing some old beat up bushes. They are creating these sanctuaries and expanding on their own real estate."

Koenig is also seeing customers convert the sheds to a living space for senior members of the family.

Koenig said he believes the Baby Boomers generation may represent the next opportunity for his company, a solution for moms and dads who are starting to move closer to the kids.

RELATED: Evergreen trees with brown tops? Here's a way to save them