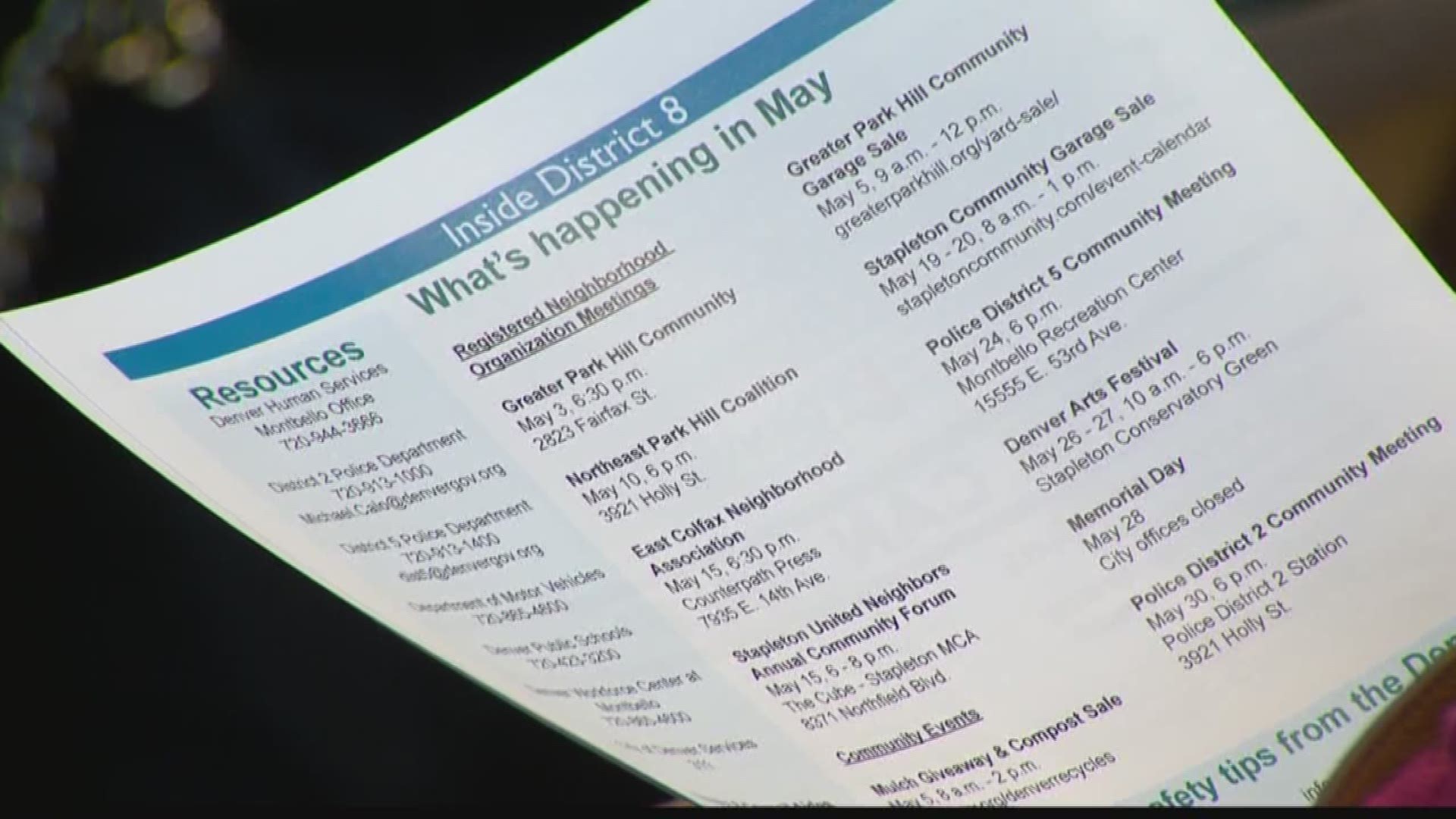 People in Stapleton had the chance to vote Tuesday night whether to change or keep the name of the community’s neighborhood association.

“What this is about removing a name because of symbolic violence and cultural racism,” said Genevieve Swift, part of the organization “Rename St*pleton For All.”

“We aren’t a welcoming community when we have the name of a KKK mayor as our community name, and we don’t feel he should be honored.”

The decision to change the Stapleton moniker is on the minds of neighbors, organizations, even schools in the neighborhood right now.

CU Denver Associate Professor of History Rebecca Hunt said the local discussion is happening within a national conversation on race relations and history. That includes the choice by some cities to take down Confederate monuments.

“We are dealing with things like Stapleton and statues because of the modern time resurgence of hate speech, of white supremacy being 'ok' in some circles,” she said.

Hunt said some people want to remove reminders of painful parts of history. Others are concerned that will take away the heritage or identity of a place.

“A lot of us, who are historians, say – are there ways of dealing with this that don’t eradicate history?” she offered, “There are people trying to say, let’s be careful. And that’s the camp I’m in.”

The neighborhood association doesn't expect to announce the results of the vote until its next meeting.

A survey of members last year found a bit more than half of respondents were at least somewhat comfortable with the Stapleton name.

If the name of the neighborhood, itself, was to change, city council would have to get involved.