The elk rut lasts from late-September to mid-October in Estes Park. During that period, hundreds of elk will descend to the lower meadows of Rocky Mountain National Park and attempt to fall in love. 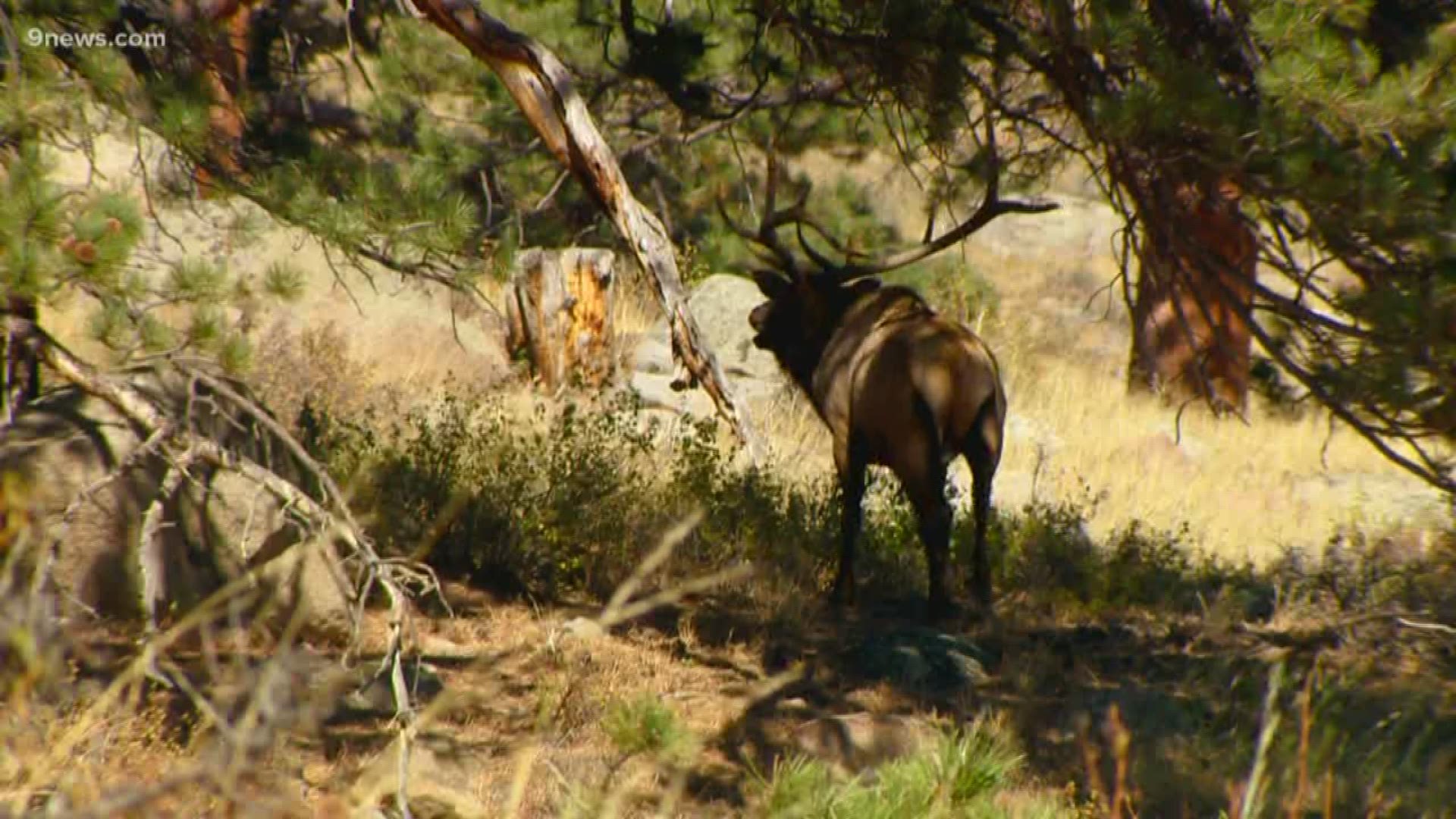 It’s hard being single as a human, but hey, at least we can “window shop” for potential mates by swiping through Tinder or Bumble from the safety of our couches -- with a glass of wine.

For elk, finding love is very intricate and involves everything from gathering in harems, to using mud as perfume, to antler-polishing and fights almost to the death.

This is called the elk rut, and it’s such a production in Estes Park that there’s an entire festival this weekend dedicated to it, with many folks making the scenic drive to the Gateway to the Rocky Mountain National Park for a view of nature that’s basically the Discovery Channel in real life (as well as other events organized by industrious humans).

9Neighborhoods has been to Estes Park before. We’ve told you about the Stanley Hotel (which is definitely both worth a visit and maybe a little haunted), but given that it’s one of the top tourist attractions in the state, you already probably know about it and have taken out-of-state visitors there. Same with Rocky Mountain National Park.

Also worth a quick mention before we get to the intricacies of optimizing your experience watching the elk rut: Estes Park’s Main Street is full of the shops you’d expect in a town right outside one of the most-visited natural wonders in the country, and famous for saltwater taffy. It’s a great place to stroll during a weekend trip, and it truly is a reminder of this mountain community’s incredible resilience in the face of fires and floods.

Credit: Kelly Jensen, KUSA
A view of the Stanley Hotel.

You can read our more traditional 9Neighborhoods here: https://bit.ly/2NKnrPr

And join us on the 9NEWS Instagram account starting at noon on Friday for a photo tour of Estes Park (that is very heavy on viewer photos of elk bugling).

How to seem smarter about the elk rut

Let’s get this out of the way right now: Elk are wild animals. Give them plenty of space. Don’t harass them. Let them do their thing. That applies not just to the rut, but interactions as a whole with all wildlife. Be cool, be an adult and seriously: You only look like an idiot if you try to take a selfie with an elk, so don’t. Keep a respectable distance.

RELATED | How to interact with Colorado wildlife

The elk rut is in its peak from mid-September to mid-October, and it’s the one time of year male elk (bulls) try to woo the female elk (cows). According to Rocky Mountain National Park’s website, bulls that are 8 to 9 years old have the best chance of being successful at mating … but first, they must charm a group of cows known as a harem.

As you can imagine, this is a trying time for male elk. To impress the ladies, the bulls will bugle. This is a high-pitched cry that, about 16 percent of the time, becomes a series of low- resonating grunts. What the elk are trying to do is show a harem they’re nearby, as well as to deter other bulls from getting close to their potential girlfriends. The cows, meanwhile, will listen to the bugle to determine the size of their bugler.

Looks matter for these bull elk too. They’ll rub trees, shrubs and even the ground to polish their antlers, and wallow in mud and urine as a “perfume” to attract cows.

There’s tension between bulls competing for the affection of a given harem, but it rarely escalates to a fight, since the males want to save their energy for their girlfriends instead of fellow bros. When a conflict does happen, two bulls try to show off their dominance by bugling and thrashing the ground with their antlers. According to the Visit Estes Park website, the males might march side-by-side, then suddenly turn and begin to fight … kind of like an old-time duel.

This means that some bull elk will get injured every year. For them, love is literally a battlefield. And heartache to heartache … humans stand, taking pictures of them (no regrets though).

Credit: Kathy Robinson
"What are you looking at?!" This elk, blocking the road in Rocky Mountain National Park.

To make matters more difficult, cows are only receptive to mating during a 24-hour period known as an estrus cycle. They won’t be ready to mate again for 20 days – and while cows have four estrus cycles a year, they’ll typically become pregnant during the first two.

Now that you know why the elk mating process is so rife with drama, here’s an explainer about why humans like to watch it so much: Basically, hundreds of elk will come from higher elevations to the lower meadows of Estes Park to mate. It truly is an incredible sight.

It’s worth mentioning there are elk in the town year-round, but they typically don’t bugle or look quite as … festive. So, there’s a reason why fall is so popular for elk fans.

Credit: Kris Hazelton
Kris Hazelton said this elk was trying to challenge the Samson statue to a fight. "The bull pawed the ground a couple times, bugled and WHAM! hit his antlers on the bronze statue! The cows that were hanging out with him promptly left the scene."

The Fort Collins Coloradoan reports that dusk is considered the most popular time for elk-watching, and generally the most active.

The animals can usually be found in Horseshoe Park, Moraine Park and Upper Beaver Meadows. During the weekend, these areas can get busy – so plan ahead and carpool if you can. Follow the crowds though: If you see a bunch of people staring at one place, there’s probably something there, and it’s likely an elk.

During the day, rangers can typically tell visitors where the elk are hanging out.

Once again, stay far away from the elk. They’re more aggressive during this season. Bring binoculars or a nice camera, and don’t approach wildlife. You can find safety tips here: https://bit.ly/2xHqGx5

Events around the elk rut

Every year, the town of Estes Park holds Elk Fest in Bond Park. This free festival includes everything from bugling contests (for humans), to elk-inspired arts and crafts, Native American music, and learning activities for kids. Don’t worry: there’s also a beer garden.

Once night falls, you can catch live country, rock and bluegrass music.

The festival is slated for Saturday and Sunday. You can find a full schedule of events here: https://bit.ly/2QdOlMv

And, after you finish enjoying the elk rut, upload your photos to yourtake.9news.com! Nature is incredible … and we love to see your awesome wildlife photography.

Estes Park is around 1 1/2 hours away from Denver by way of US 36. It’s a year-round destination, but especially incredible during the fall. 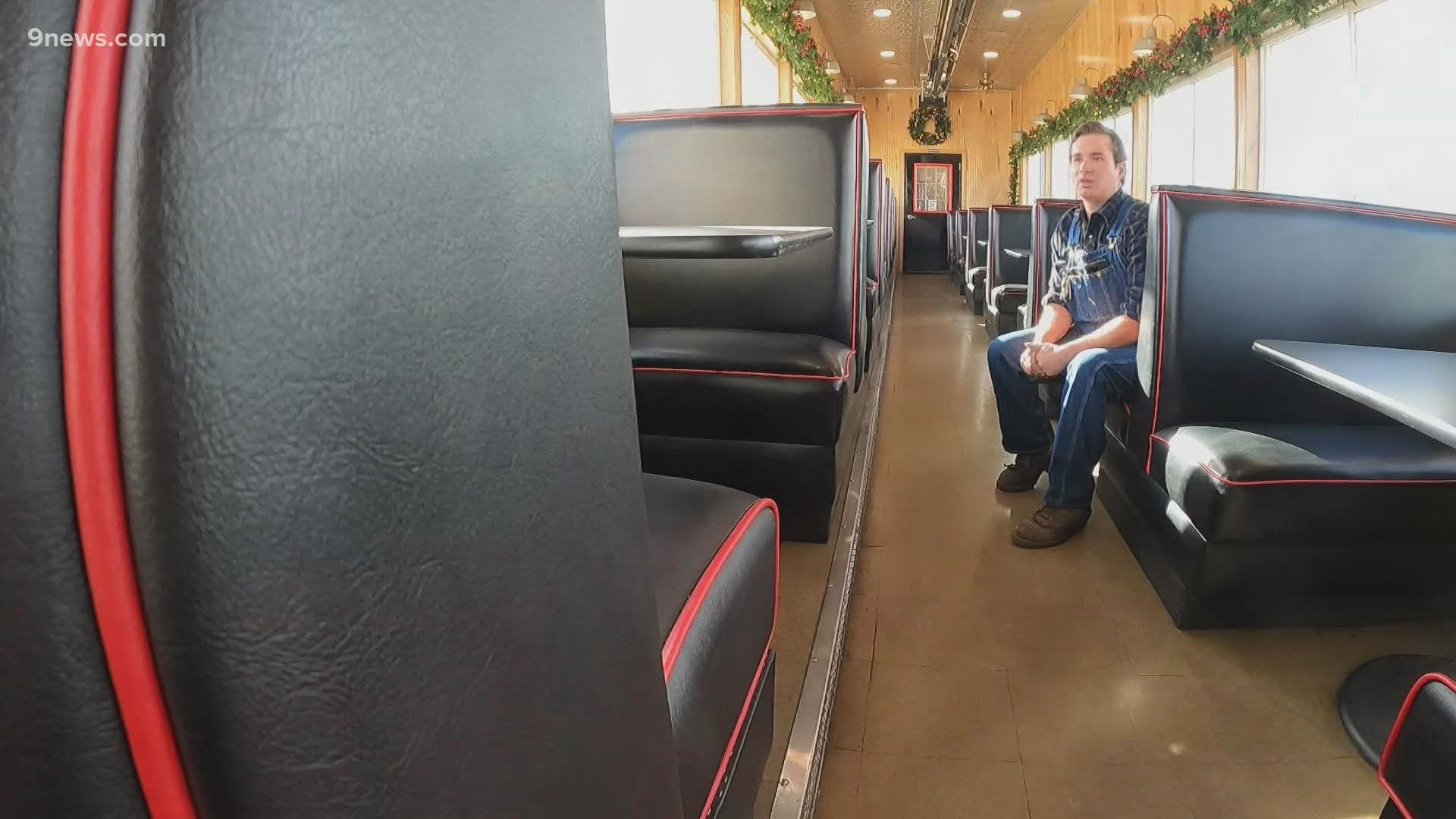