9Adventures: Cripple Creek is more than just mining and gambling. Its museums show off the town's history

Cripple Creek is known for gold mining and casinos. But the museums in town shed light on a colorful history. 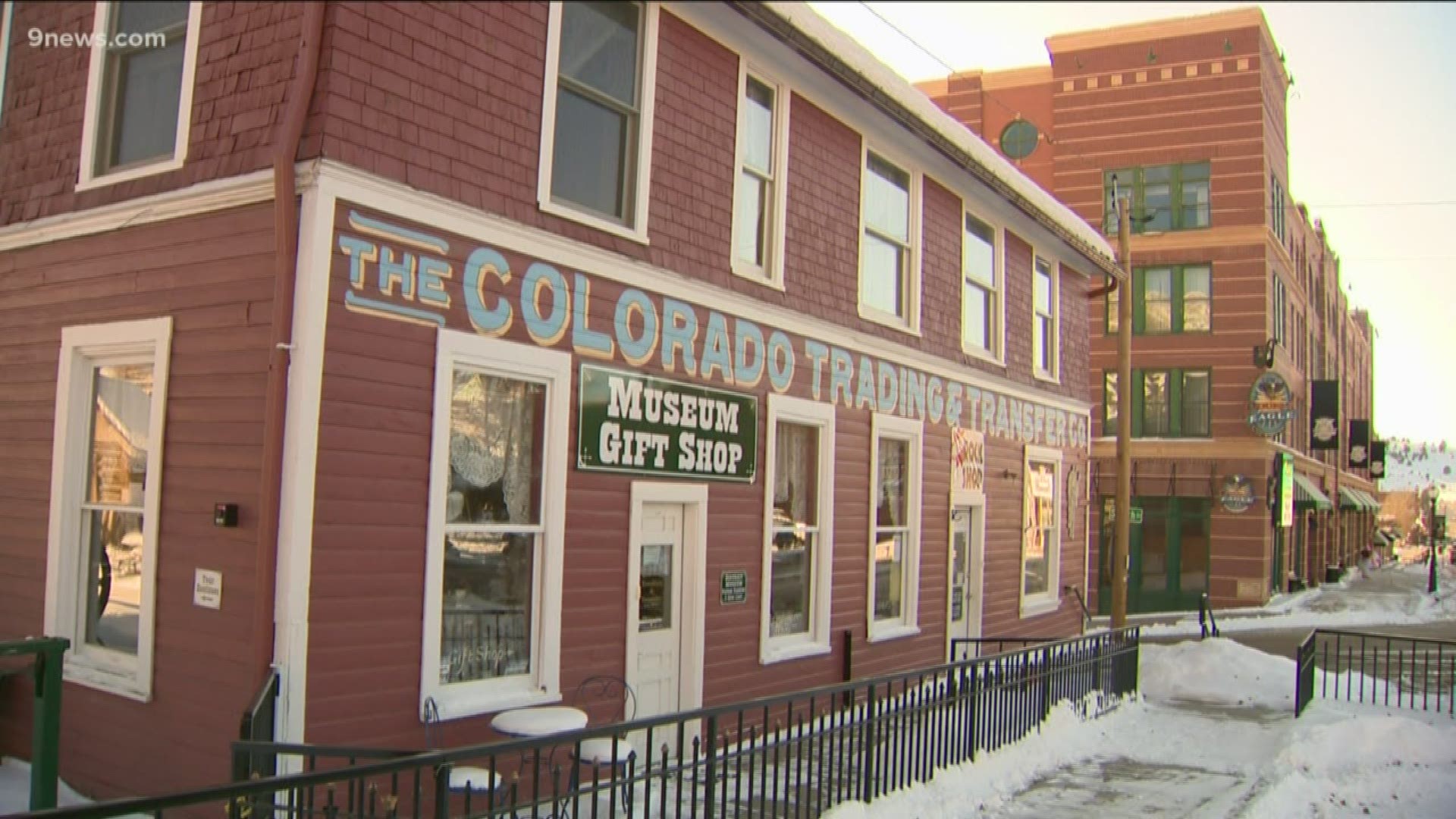 CRIPPLE CREEK, Colo. — The highlights of Cripple Creek's history are hard to miss as you drive into town. The Mollie Kathleen Gold Mine sits just off the pass from Colorado Springs in to town, and Cripple Creek's main street is lined with casinos.

But the Teller County Seat is more than just a place where people have come to hit the jackpot.

"It's not just about gold mining — I mean, my gosh, the railroads were in here and so many people got their start in Cripple Creek," Jeanne Gripp said.

Gripp manages the gift shop at the Cripple Creek District museum. Once the town's train station where thousands of people poured through looking to make their fortunes, it's got more pictures and artifacts about the town than anywhere else.

Gripp is a fan of the geology exhibits, but there's more to dig into. A pair of gloves from heavyweight champion Jack Dempsey are on display at the museum.

"You know back then it was a mining camp, so tempers were very, very close to the surface," Gripp said. "Boxing was kind of a way of life."

On the other end of town is another museum where the Manassa Mauler got an exhibit.

RELATED: What was once one of Colorado’s largest cities now has a population of around 1,200 people

"With research, I actually found out that Jack Dempsey spent time in this jail," Michelle Rozell said.

Dempsey was busted for petty larceny and got thrown in the Teller County jail, which stayed open in Cripple Creek from 1901 to 1992.

Now it's the Outlaws and Lawmen Jail museum. Rozell, the towns tourism manager, said the place is full of stories like Dempsey's.

"Like the famous saying, 'if walls could talk,'" she said.

"Was it ever filled? Absolutely," Rozell said. "So you can imagine what was going on in there."

Women were held at the jail, too, but upstairs, away from the men.

"We had our own Red Light District, however prostitution was never logged as one of the crimes women were brought here for," Rozell sasid. "They would be brought in for drunk and disorderly, assault, lifting money off a john."

Cripple Creek's most famous brothel is still around today, preserved as the Homestead House Museum.

"This is one of the last few remaining that is open to the public," Rozell said.

It's a part of history Rozell said deserves to be preserved.

"A lot of people don't understand even though they were parlor houses or whore houses or whatever you want to call them, they were very important places in the community," she said.

Rozell said the women who worked at the Homestead House donated to churches and cared for men in the mining camps if a plague came through. They also played an interesting roll in the history of Cripple Creek's police force.

"[Prostitution] wasn't always legal, but the way they got around it was the madams had to pay a tax and the girls each had to pay that money as well," Rozell said. "Here in Cripple Creek, that money paid to have a police force."

Cripple Creek is proud of its history. But the town is also looking toward the future.

"The history is great, the casinos are cool," Rozell said. "But yeah, outdoors, that's our vision and we're looking into that."