A beginner's guide to Denver PrideFest 2018

Since 1990, Denver PrideFest has grown into the largest celebration of LGBT pride in the Rocky Mountain region. 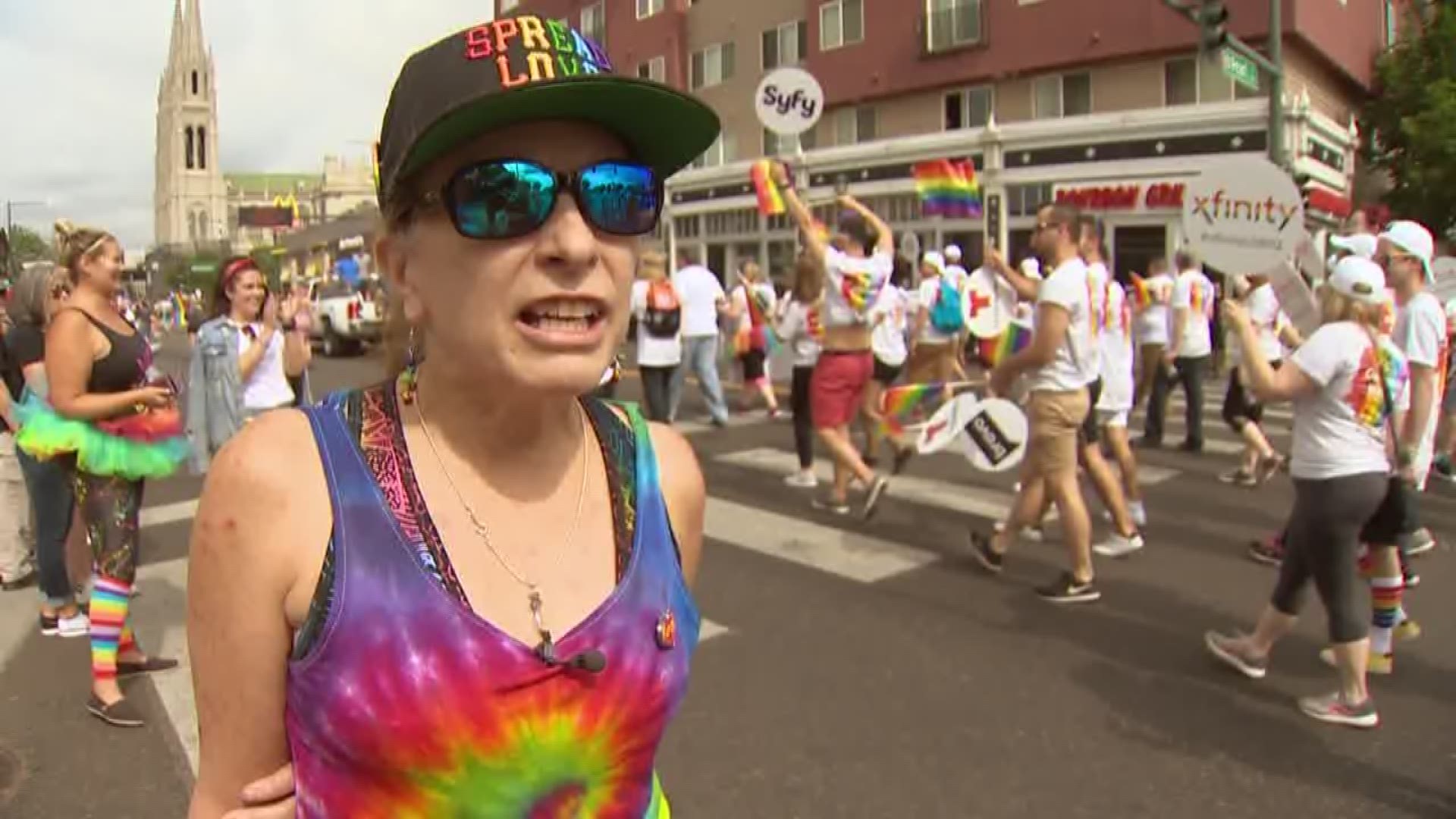 More than 250,000 people are expected to descend on Denver this weekend for what the city says is one of the top ten pride events in the country.

All are welcome to attend Denver's PrideFest, a part of Pride Week during June, which is widely recognized as Pride month globally.

Did you know? The first LGBT pride celebration in Denver was held in 1975

Since 1990, Denver PrideFest has grown into the largest celebration of LGBT pride in the Rocky Mountain region.

Events for Pride are already going on (there's an LBGTQ film festival on Wednesday and Drag Queen Bingo on Thursday), but most festivities are scheduled for this weekend.

The parade kicks off Sunday at 9:30 a.m. from 13th and Franklin (that's Cheesman Park). The procession winds its way through Denver and ends at Civic Center Park, which is where the actual festival will be for the rest of the afternoon.

OPINION | Why we have LGBTQ Pride and not 'Straight Pride'

This year's parade grand marshals are David Mullins and Charlie Craig, the couple that was the driving force behind a recent SCOTUS decision in the Masterpiece Cakeshop case.

The festival is produced by the GLBT Community Center of Colorado, the center that aims to "engage, empower, enrich, and advance the gay, lesbian, bisexual and transgender community of Colorado."

Proceeds from the annual event directly support local programs and services for The Center.

Installed just in time for this year's Pride are two rainbow painted crosswalks in Denver's Baker neighborhood. The crosswalks span across North Broadway at Irvington Place near the Buffalo Exchange.

The rainbow crosswalk on Broadway and Irvington is here! It was installed just in time for this weekend's #DenverPrideFest #9NEWS pic.twitter.com/CEddrx6lN2