Sour beers are making a name for themselves in Colorado, with breweries like Black Project Spontaneous & Wild Ales paving the way for innovation. 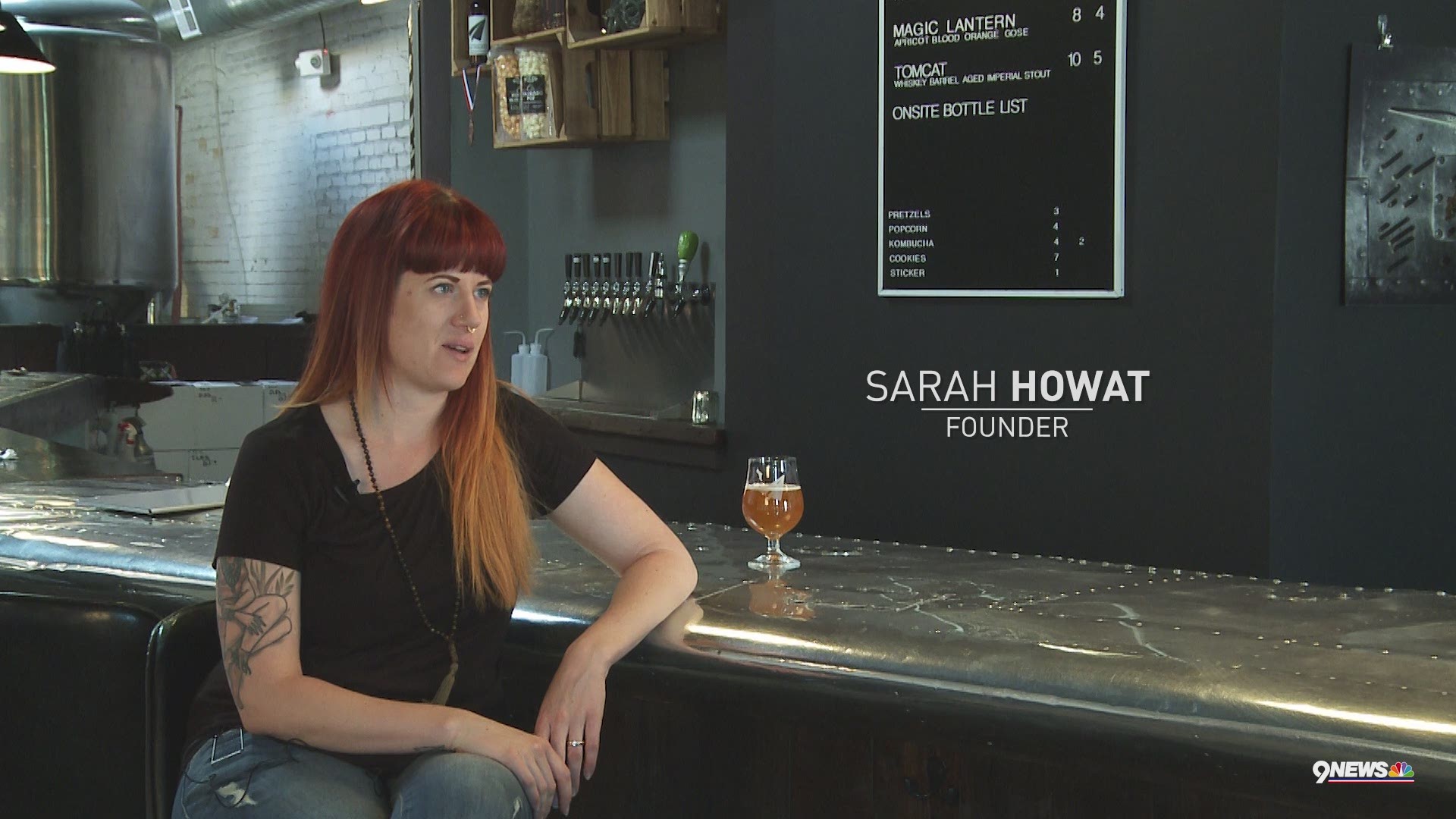 KUSA — What started as a top-secret experiment located along South Broadway has been breathing new life into Colorado’s sour beer scene.

Black Project Spontaneous & Wild Ales is the beer brainchild of James and Sarah Howat, who originally opened shop in 2014 as Former Future Brewing where they focused on brewing historic recipes in modern ways.

After winning two GABF medals in 2014 and 2015 for their experimental wild ales, the Howats decided to their shift focus to spontaneous fermentation.

“We don't incorporate any pure cultures or mixed cultures of yeast that we intentionally put in the beer, so the beer is inoculated with wild yeast and bacteria from the air,” James said. “The yeast makes it alcoholic, the bacteria makes it sour beer.”

Driven by an entrepreneur spirit, a love of Belgian beers and desire to reach a wider audience, the Howats officially transitioned to Black Project Spontaneous & Wild Ales in 2016.

“Sour beers were always something that we did on the side,” Sarah said. “And these sort of spontaneous ales were always what we had a passion for.”

From teaching to brewing beer

James’ journey to sour beer started in college when he got into homebrewing while studying microbiology at CSU. He taught high school science in Colorado for five years before he and Sarah decided to take the leap into the brewing industry.

While James handles the majority of brewing and blending, Sarah focuses more on the day-to-day operations of the brewery.

Both emphasize that the ingredients and how they are sourced make up a big part of the process.

Brewing spontaneous beers is often more time consuming than other styles. And while they have control over the ingredients and recipe, how it ends up tasting is always somewhat of a surprise and nearly impossible to replicate.

“After the first fermentation, we basically just let it sit in the barrel if we're using any sort of fruit or honey,” Sarah said. “Then once the beer is finished, we will add the fruit and then let it do a secondary fermentation. Once that finishes we’ll bottle it off and sell it.”

James says one of the less obvious, yet important ingredients in brewing sours is time.

“It's a long process,” James said. “It takes upwards of eight months or a year at a minimum to be ready."

A fanbase for sour beer

In addition to their regular tap room offerings, the brewery occasionally hosts Saturday bottle releases, where fans of the style can get their hands on Black Project’s latest creations.

With customers lining up outside the brewery hours before the doors open, the coveted bottles almost always sell out.

“It’s really flattering for sure,” James said. “We’ve had guys here at like 2 a.m. one time, camped out to get bottles.”

Credit: Tyler Lahanas, KUSA
A long line of sour beer enthusiasts stand outside of Black Project ahead of a bottle release event.

As Black Project evolves, they hope to keep the community focus while continuing to expand their reach to other beer lovers.

“I always say that we’re first in the people business and second in the beer business, because truly we wouldn't be anything without people to come and share it.” Sarah said.