WATCH: Bear wanders through hallway of YMCA of the Rockies in Estes Park

The bear was spotted in the Eagle Cliff Lodge at the YMCA of the Rockies in Estes Park. It's not the first time a bear has been seen there, CPW said. 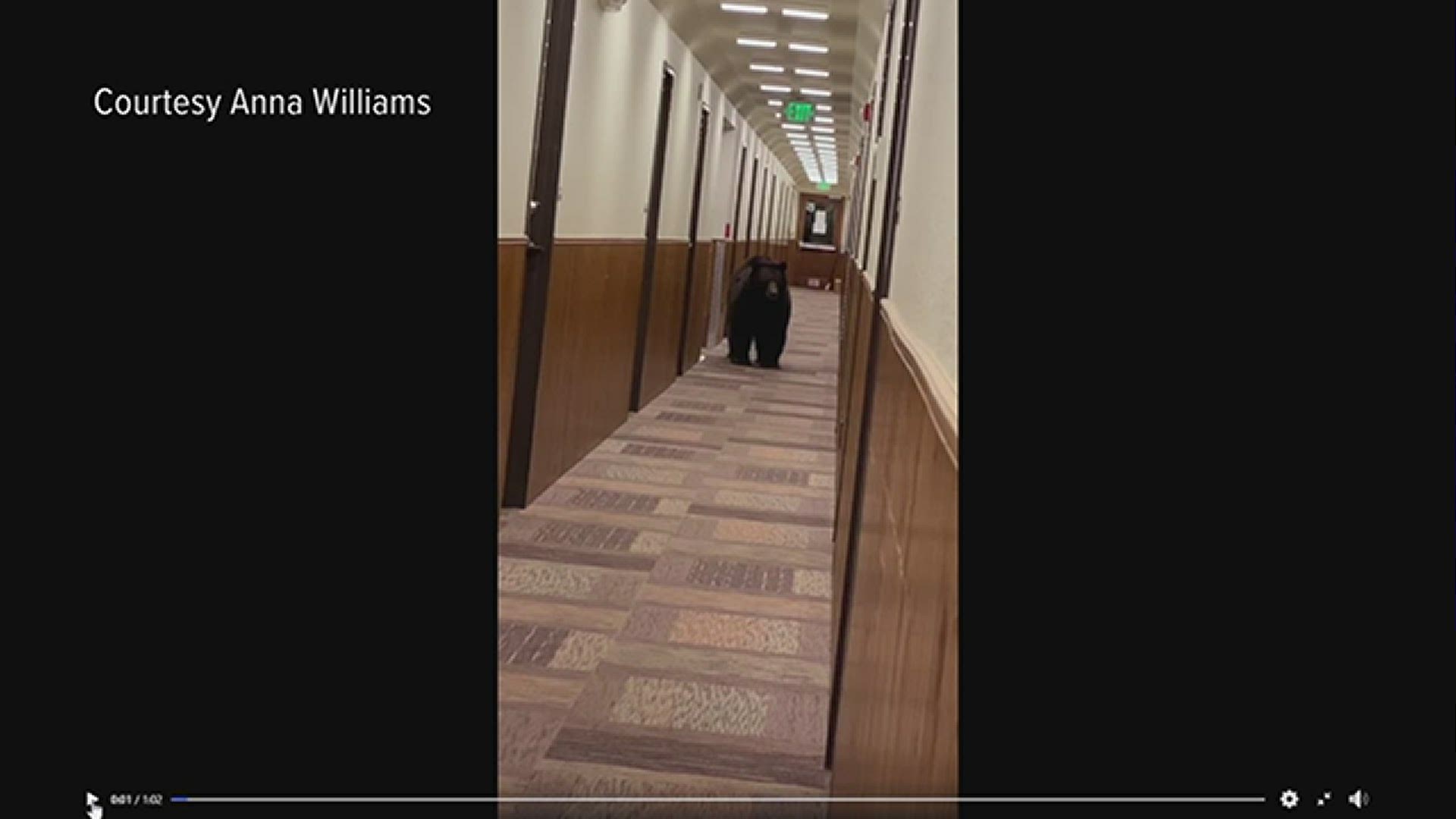 ESTES PARK, Colo. — A video that’s been shared on Facebook hundreds of times shows a bear wandering through a hallway at a lodge in Estes Park.

The video shows a bear inside the Eagle Cliff Lodge at the YMCA of the Rockies on Friday night. It’s not clear how or when the animal left the building ... or how it got in in the first place.

Colorado Parks and Wildlife (CPW) said since July, there have been five reports of bears entering dwellings at the YMCA of the Rockies, which ranges from cabins to lodges like the one seen in the video above. That number doesn't include the most recent bear sighting.

The Eagle Cliff Lodge had a bear enter on July 17, when both of the lobby doors were open, CPW spokesperson Jason Clay wrote in an email to 9NEWS.

This is Colorado, which means that bear sightings are not uncommon. Back in 2018, a bear was spotted casually wandering through another popular Estes Park destination: the Stanley Hotel.

RELATED: You know that viral bear video at the Stanley Hotel? Apparently nothing like this has ever happened

And bears keep visiting a camp for firefighters helping to battle the Cameron Peak Fire in northern Colorado. One of them was named “Little Smokey,” which is empirically adorable.

There were also bears in Highlands Ranch doing the "Dirty Dancing" lift and having existential crises, which we can all relate to.

Of course it's worth mentioning that bears are wild animals, and deserve their space. Colorado Parks and Wildlife has a guide to living with bears on its website.