Fossils belonging to a horse were also discovered, according to an expert contracted to work on the project. 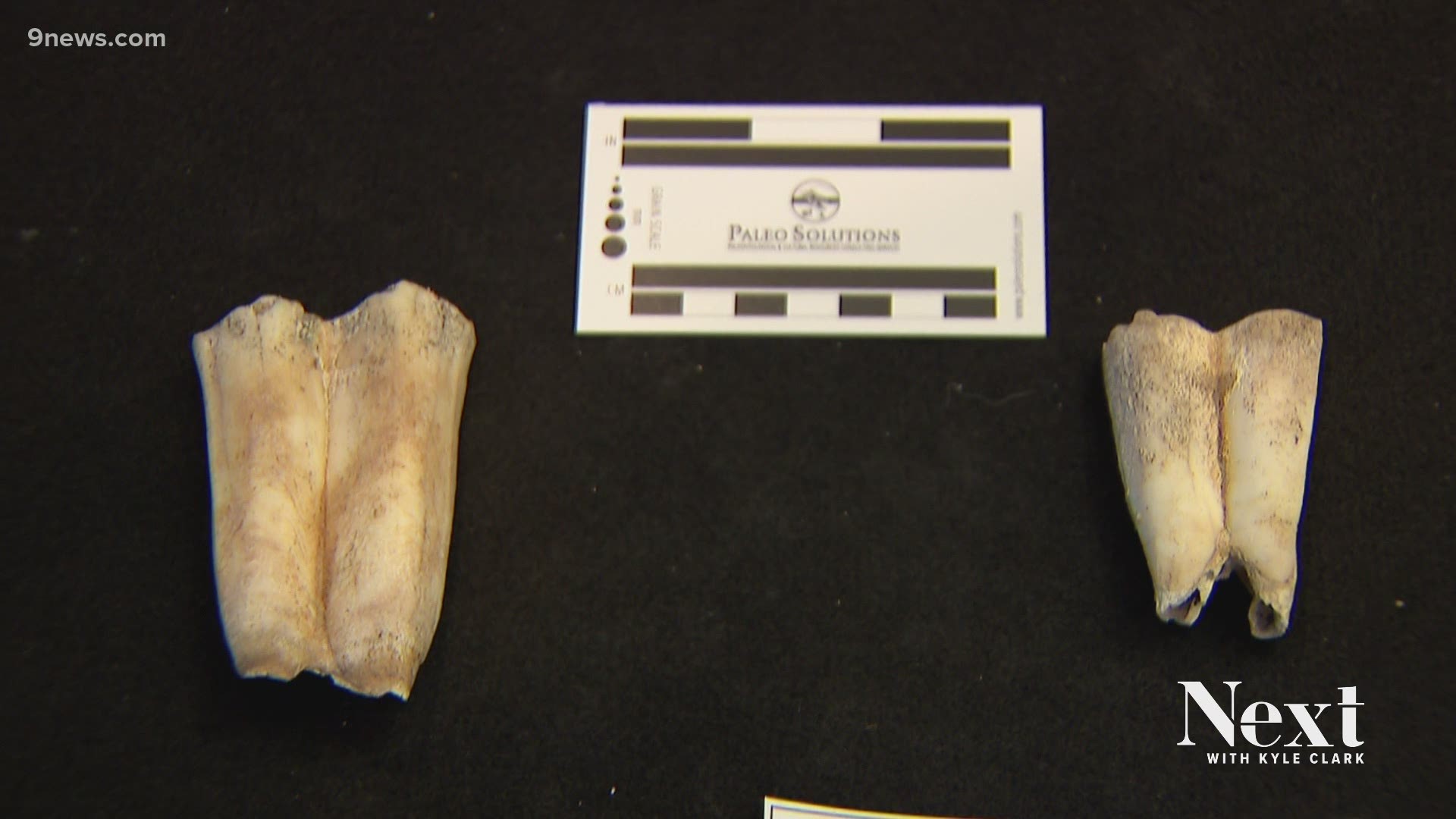 DENVER — As the Central 70 Project moves forward, the Colorado Department of Transportation (CDOT) is inviting the public to tour the new lowered section of Interstate 70 and learn about the project and history of the area, which includes a camel. Yes, a camel.

"We've got over a million cubic yards of material that we will eventually move out of this lowered section," said Bob Hays, Central 70 Project Director. "We were digging down by the Union Pacific Crossing and we came across a fossilized camel, and yes camel is what I said. Very interesting, kind of unique that we found that."

Paleo Solutions, a Denver-based company, was contracted to work on the project and investigate and move any fossils. Seven fossils were found between Oct. 16 and 19 of last year.

Paul Murphey, a paleontologist with Paleo Solutions, said the biggest concern at the beginning was the potential to find and potentially damage older fossils, such as dinosaur bones.

Discoveries like that are not unheard of in Colorado. Just a few years ago, triceratops fossils were found at a site in Highlands Ranch.

This time, workers uncovered a fossil believed to belong to a type of camel that's now extinct, according to Murphey.

He said the items found, which included a tooth, date back to the Ice Age. He guesses they are 10,000 to 12,000 years old and came from a pretty large camel, though it wasn't the type of animal people might think of today.

"Chances are these were humpless – something like a large llama shape and not like a big humpy camel," Murphey said.

The discovery surprised Murphey, as their team did not expect to find fossils from the Pleistocene, a period of time lasting from about 2.6 million years ago until about 11,700 years ago during which camels roamed in what is now Colorado.

"Most people think of camels as living in the desert, but in North America during the late Pleistocene, they actually lived in all sorts of environments, including our great plains," he said.

Fossils belonging to a horse were also located in this project, and Murphey said it would be common to find mammoth tusks in that level of soil, as well.

Credit: Courtesy Kiewit
A photo of the molar that's believed to belong to a camel.

Another significant fossil found at the site is believed to be a partial knee or heel bone from a hoofed animal that was found a North Milwaukee Street and 46th Avenue.

Other unidentifiable bone fragments were found off of Brighton Boulevard.

Another modern bone was found on Oct. 21, according to CDOT.

Credit: Kiewit
A photo of the excavation site for the fossils.

Right now, the items are being stored and cared for at Paleo Solutions, but once the Central 70 Project is complete, Murphey said his company will provide CDOT with a report of the items found. At that time, they'll go to the Denver Museum of Nature and Science (DMNS), he said.

RELATED: How the Central 70 Project has progressed during the pandemic

The camel came as a bit of a surprise, but crews working on the Central 70 Project knew from the start they'd have to work around the old Swansea Elementary School, which was buried when the new one was built.

"They demolished the old one and they actually just buried it in the ground," said Hays.

It contained asbestos so they had to carefully remove all of that material and take it to a hazardous material waste site. They're removed about half of the material that they need to, so there's a chance another camel or other surprise could be found.

Construction began on the $1.2 billion plan to makeover a 10-mile portion of the highway through north Denver in April 2018.

A 4-acre park will be built across the highway between Columbine and Clayton streets.

On Saturday, May 15, anyone can walk along the half-mile section of highway is between Brighton Boulevard and Clayton Street as part of a free public event.

While there, they'll be able to see how crews maneuvered around the I-70 viaduct to build out the lowered section and new bridges above the interstate.

In late May, all six lanes of I-70 traffic will be shifted off of the viaduct and into the lowered section of the highway. Right now the plan is to do that over a weekend beginning May 21. That weekend the highway will be closed with detours in place and come Monday, May 24, the shift to the new lowered section will be complete.

The move will make way for the viaduct demolition this spring.

Saturday's event, which runs from 10 a.m. to 7 p.m., is titled "More Than an Interstate: Inside Colorado's Largest Transportation Project." The exhibition will feature 25 stations chronologically installed throughout the new lowered section of I-70. Visitors will learn more about the history of Colorado and the Globeville Elyria-Swansea neighborhoods, the origins of the interstate system, and the need for the Central 70 Project.

All current COVID-19 guidelines from CDPHE and DDPHE will be followed. Registration is required and you can do so at this link.

Completion is set for sometime next year.