Colorado continues its tradition of racing alongside burros

Burro racing was designated as Colorado’s Summer Heritage sport almost a decade ago, but only a select few can really call themselves participants. 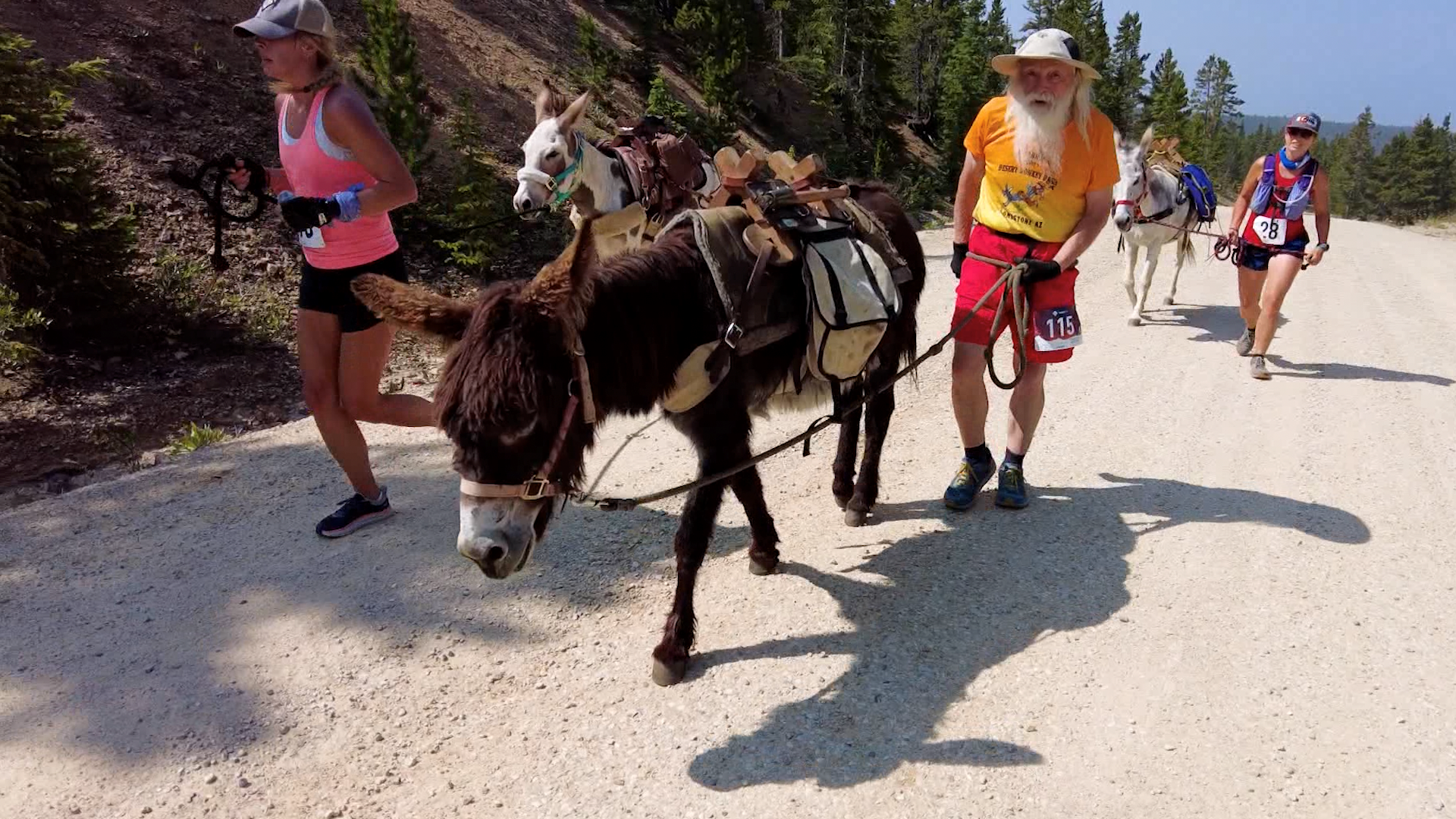 LEADVILLE, Colo. — A call to the starting line in a Colorado mountain town during the summer months often means tennis shoes and hooves tromping over together, ready to race side-by-side. Burro racing isn’t for the faint of heart; it not only demands physical prowess but also the mental stamina to deal with a donkey who is known to be a bit stubborn at times.

“You have to have a relationship with it. You have to start training. You build this great camaraderie with these guys so that they are trusting you,” said Brad Wann with the Western Pack Burro Association (WPBA).

The WPBA seeks to continue a great sport begun by some of Colorado’s 19th-century miners. Back then, burros, or a small donkeys, were used to carry a miner’s tools and supplies so the miner could walk along side it. According to the WPBA, legend has it that two miners found gold in the same location and raced each other back to town to be the first to stake a claim to the treasure. Later, burro racing became more of an official sport as a way to save dwindling mining towns.

“Here in the great state of Colorado, some of these towns were turning into ghost towns pretty quick,” explained Wann. “And burro racing came along, and it became a great way for tourists to come and see the heritage of the town and what the town’s always meant.”

Races have taken place around the state since the late 1940s, but Wann estimates fewer than 1,000 people have ever participated over the course of the sport's 73-year history.

“There’s a lot more to it than just being a good runner,” said Wann.

The race Rocky Mountain PBS was able to witness was the last leg of the sport’s “Triple Crown.” The Leadville Boom Day Pack Burro Race consisted of a long course at 21 miles, and a short course at 15 miles. The long course summited Mosquito Pass and passed through the mining district. The short course looped around Ball Mountain. So, both paths involved a lot of inclines, which Wann explains need special attention.

“We call it the burro escalator. We run behind our burros on the uphills, and we drive them up and then we run from behind the animal and the animal will pull us up the mountain. So it takes the weight off of us and the burro does the work,” said Wann.

Colorado continues its tradition of racing alongside burros

Getting the burro to do the work is a trick, and much like a toddler who has recently learned the power of the word “no,” racers need lots of time spent with the burro in order to get them to listen.

“We are basically the GPS,” explains Wann. “We make the burro think it’s their idea, we guide them through the course, we turn them left, turn them right, get them going, hold them back.”

Belt buckles and a sense of pride were given out to anyone who finished the Leadville race by 5:00 p.m. on Sunday, August 8. It is truly one of the most Colorado things you can do, especially since it was officially designated the Colorado Summer Heritage Sport in 2012. But be sure to know what you’re getting yourself into before trying it.

“It’s going to test your critter, it’s going to test everything. The donkeys can handle it for sure because they’re being legged up, they’re being trained. It’s the humans I always worry about,” said Wann . “It’s pretty remarkable to know that you’re in a small club of folks that have been able to negotiate and broker a deal with a burro.”

There are four races left in the year, three of them in Colorado. The burro-racing season runs from May to September every year.