A four-year plan between Colorado and Kansas biologists is showing promising results for lesser prairie chickens in southeast Colorado and western Kansas. 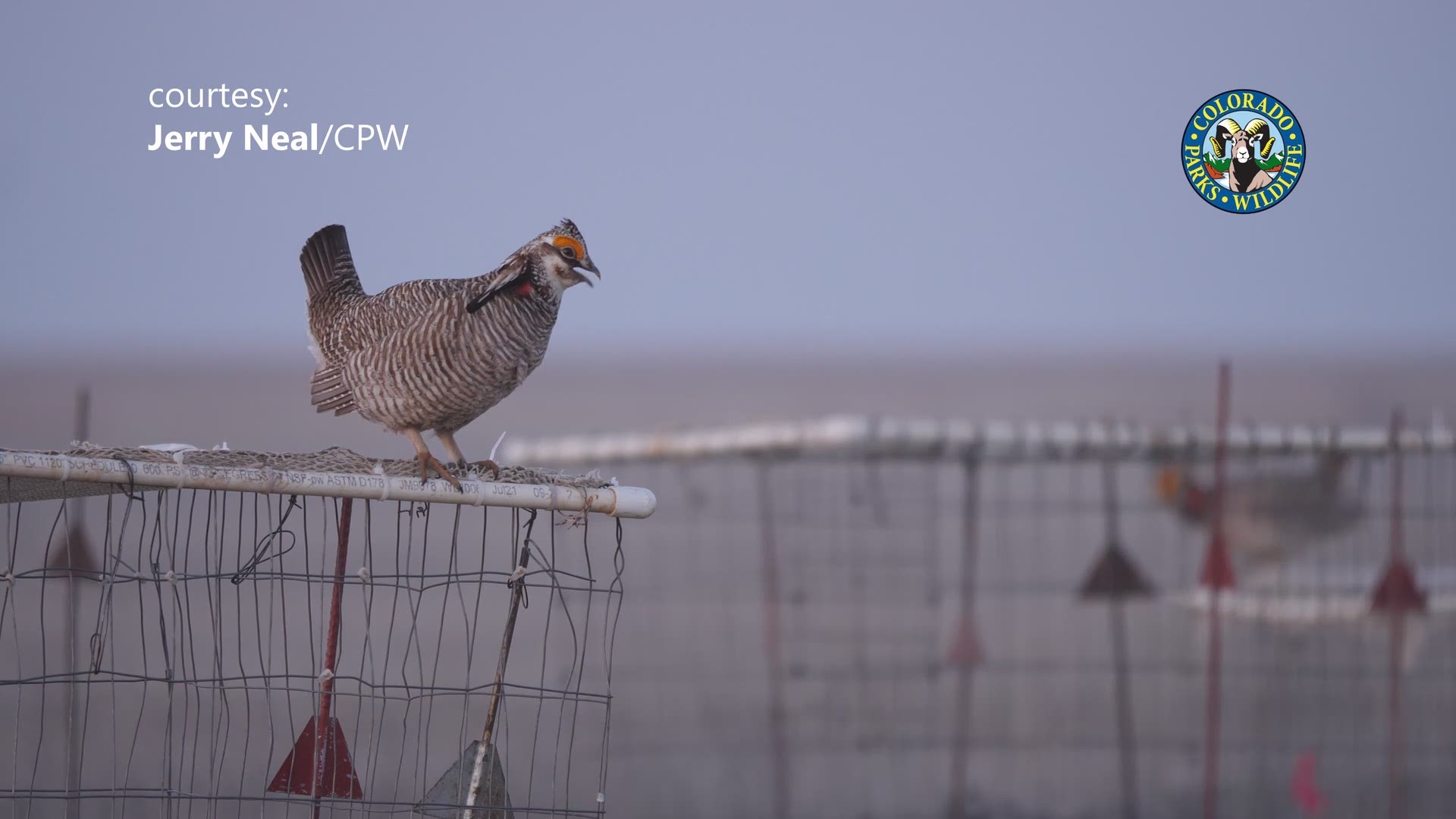 >>> VIDEO: The video attached to this story was provided by Jerry Neal with Colorado Parks and Wildlife.

The birds used to number in the tens of thousands in those areas a century ago, according to CPW.

CPW said experts blame the birds' declining populations in those areas, in part, to the conversion of grasslands to cropland that contributed to the Dust Bowl in 1932 and wiped out many of the birds. More recently, the lesser prairie chicken population in southeast Colorado and southwest Kansas was devastated by severe snowstorms, particularly in December 2006, followed by years of drought.

Also in 2016, CPW decided to try relocating lesser prairie chickens from thriving breeding grounds in Kansas in hopes of resurrecting leks on the national grasslands. A CPW team, led by conservation biologists Jonathan Reitz and Liza Rossi, began working in collaboration with the Kansas Department of Wildlife, Parks and Tourism, Kansas State University and the U.S. Forest Service.

CPW said biologists relocated 103 males and 102 females to the Comanche. They also released 101 males and 105 females during the same time just east of the state line in Kansas,

“This partnership demonstrates what collaborative management efforts can do to restore a species to an area,” Rossi said in a news release. “However, agencies working together is just one component of the project. Landowner support and access to private lands were absolutely critical for capture of birds and continue to be essential for long-term monitoring at the release sites. Recovery of this amazing species will take all of us working together.”

CPW's survey showed 20 active leks that are the offspring of the transplanted lesser prairie chickens. At least 115 males were counted by CPW.

“The situation for lesser prairie chickens in our state had gotten pretty dire,” Reitz said. “I am excited by what we’re learning from our surveys and hopeful this will be a long-term solution.”

CPW attached monitoring devices to the transplants before their 2016 release.

The chickens' location data show that some of them have gone to the Oklahoma and Texas panhandles, respectively.

“Our technicians are tracking them on the ground as the birds spread out,” Reitz said. “We use an airplane to find them and point our technicians in the right direction. We have now documented three years of successful nesting and brood rearing. This spring, most of the birds we are seeing on the new leks are offspring of our translocated birds. That's been really encouraging to see this level of success for the project.”

CPW said they'll track the birds for as long as their transmitter batteries last.
Biologists will continue counting the birds and looking for newly active leks.