If you hate miller moths, these horror stories from Coloradans might keep you up at night

One guy had to go to the hospital to get a moth removed from his ear. 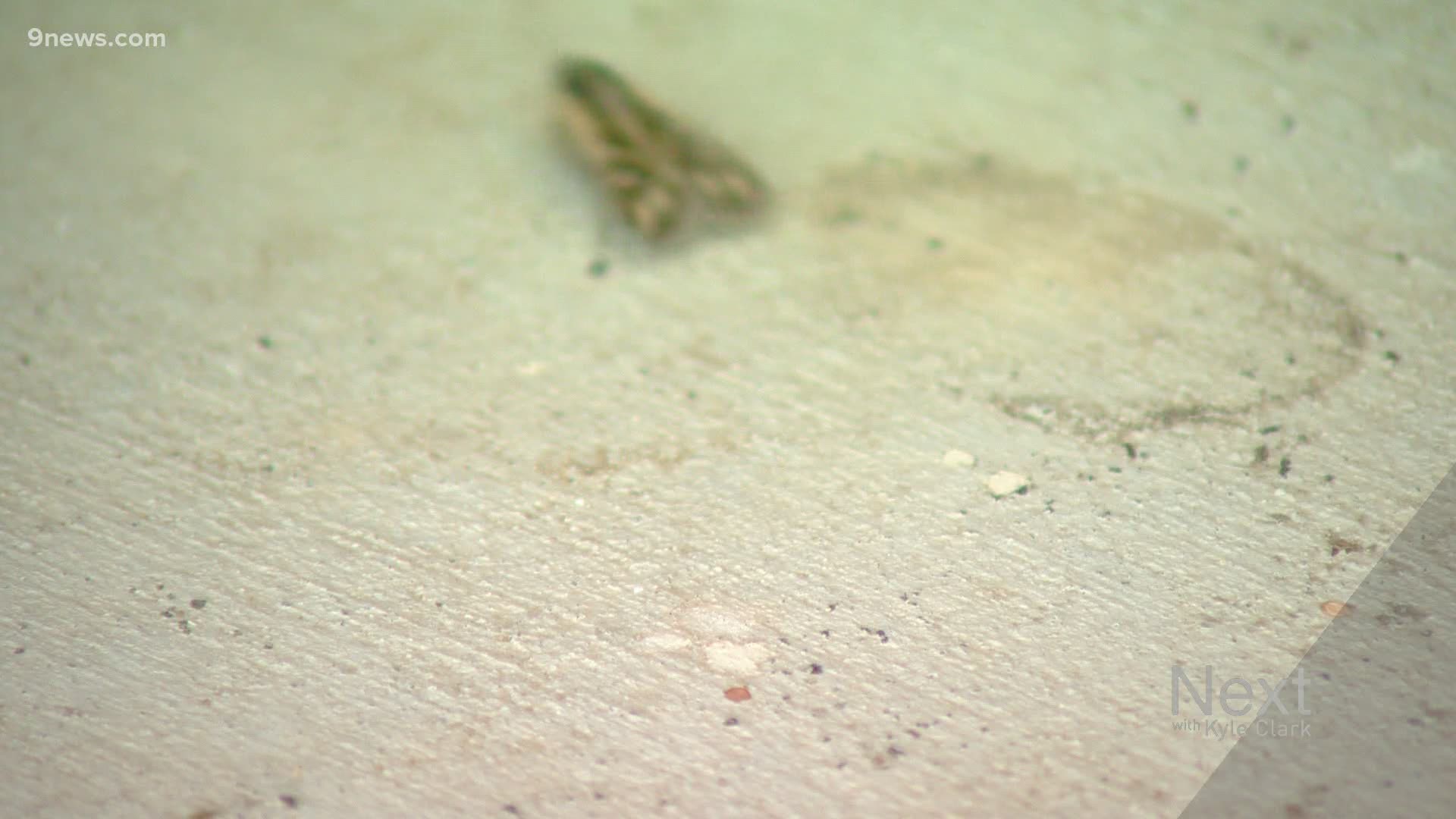 DENVER — Last week, Colorado State University scientists were the bearers of bad news: in addition to all of the other things we have to worry about in the middle of this literal global pandemic, there will be an “abundance of miller moths” in Colorado this year.

For some people, this was no big deal. But for many, an abundance of these pesky, hairy demonic hell butterflies flopping around lamps in our great state, breaking into our homes and appearing when you least expect them was not the good news that many people have sought during this unprecedented time.

RELATED: There will be an 'abundance' of miller moths in Colorado this year

RELATED: VERIFY: Is a video of insects in Ferrero Rocher chocolate real?

This journalist admitted to having a case of Mottephobia – or the fear of moths – in my previous coverage of the upcoming moth invasion. Reading the comments on our Facebook posts revealed that I am not alone … for good reason.

And since I had to read those comments, you do too. Without any further ado, here are some moth horror stories from fellow Coloradans that might just keep you up at night … just like a moth that breaks into your bedroom and starts loudly running into walls.

The true meaning of a high moth year

These stories certainly make me hope that “abundance” does not equal what happened in Colorado in the early 1990s.

“There was a huge “abundance” of miller moths back in 1992 (93?),” wrote Lynne E GK. “It was so bad that I failed my emissions test because I didn’t realize they had clogged the carburetor of my car. I could throw rocks into the giant pine by my house and they’d swarm out like a huge gray cloud. It was nuts!”

This isn’t the only case of moths literally clogging electronics.

“There was a lot the summer season of 2013. There were so many our AC quit working because they had gotten in through our outside vent and clogged it up. Hundreds of them!” Amber Castro said.

It's not just Colorado. Omaha saw its own moth invasion.

“About 10 years ago in Omaha they had a high moth year... the kids left the van door open one night. The next day we started to drive and there was like 200 months just all over inside the car. We had to pull over and try to get them out. For the next month we would have them in our car,” Nikki Weide said.

Honestly, I would have burned the car.

Not only are moths terrifying, they also don’t practice social distancing

Is that … crawling I feel in my ear?!

“I just had one of these fly into my ear a few days ago, so far it had to be medically removed at a hospital,” Brian Dunkel said.

A quiet cup of coffee isn’t possible with an “abundance” of miller moths.

“Two mornings in a row as I walked outside with my coffee I was dive-bombed from above by a moth jerk and spilled my coffee all over the place. They won’t get me a third time!” Racheal Curtis said.

THIS IS A NIGHTMARE.

“Been driving me batty at night, I had one fly up the sleeve of my pjs one night and flutter around my elbow, it was the weirdest sensation ever, then again they are giving my cat great exercise as she chases them all over the place, of course I have already been clawed because one landed on my hand while sleeping,” Tracy Whetstine wrote.

And another incentive to practice social distancing/mask wearing.

“The real reason to wear a mask outside: because that way they can’t fly into your mouth while you are screaming,” Christine M Torrez wrote.

And just to be clear: moths think they’re exempt from state guidelines barring gatherings of more than 10.

“I just swatted 10 in the house and when I open my windows they are clustered in the window sill. It’s like an Alfred Hitchcock movie. They are freaking me out!” Linda Solorio said.

They nearly cause car wrecks

“Before my husband and I were married we almost for into a car wreck because I freaked out about a moth being in the car. I cannot deal with these small baby demons!! I thought my house was resting grounds for their cocoons. As soon as spring started they began to hatch. It's official. I too would rather deal with zombies, heck even having two flat tires in the middle of a fine game of Dodge-Hail would be better than this. But this must be the "new new" the youngsters talk about. I can see clearly now 2020!! Can you stop!?!
JUMANJI!!” Elisabeth Loma Martinez wrote.

“Does anyone have any helpful tips on ridding them from your car? I'm terrified of them and the last four days I've almost killed myself while going to work.... it's like they can sense I'm driving 80 on the highway and they come crawling out of some space of my car and directly into eyesight,”
Jennifer Sanchez said.

And a final note …

“… and this year they will probably shoot laser beams out of their eyes too,” Aaron Norris wrote.

RELATED: 'Murder Hornets,' with sting that can kill some people, land in US