What was once one of Colorado’s largest cities now has a population of around 1,200 people

Cripple Creek, Colorado is home to numerous casinos, museums and places to explore on the west side of Pikes Peak. 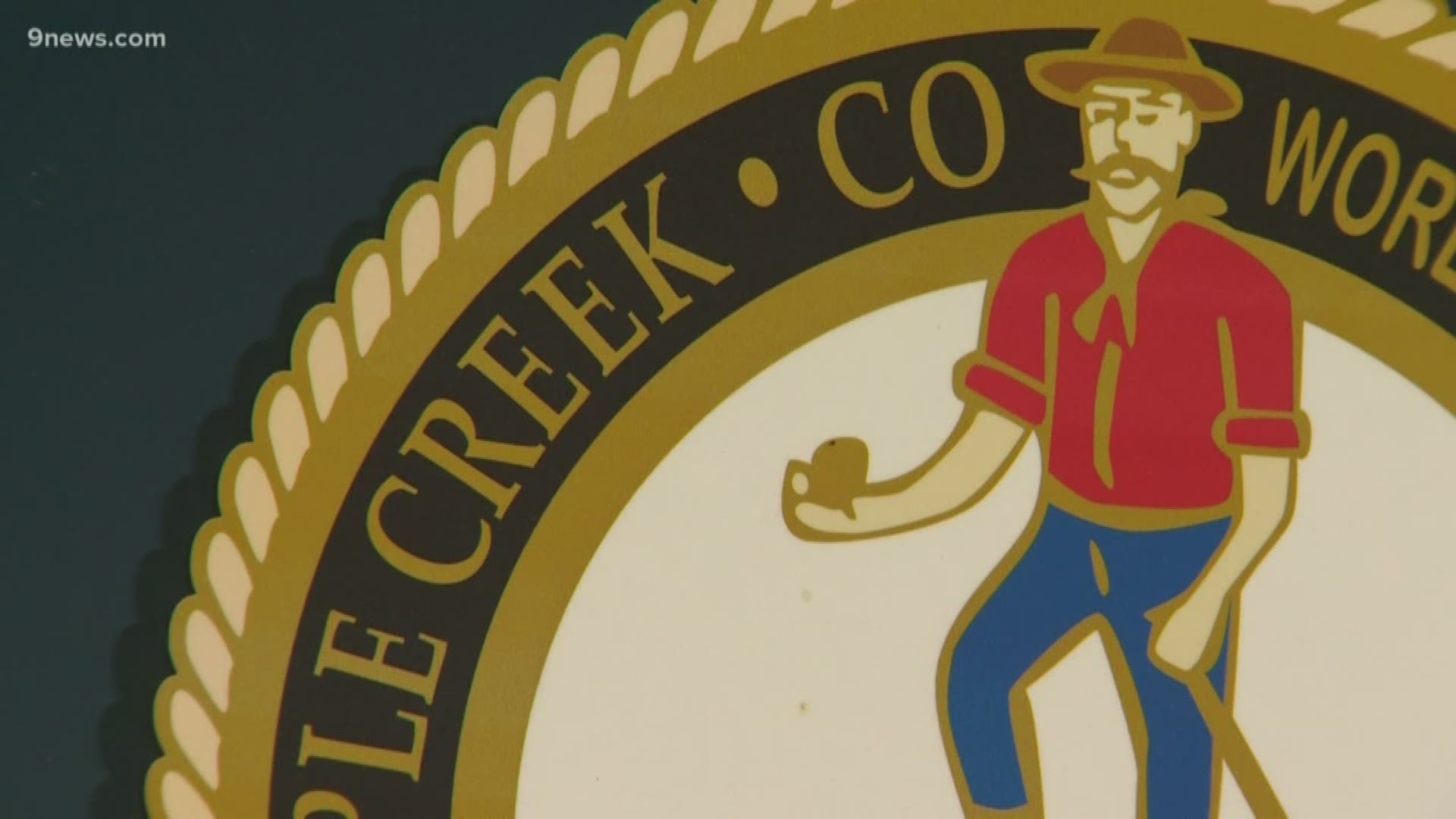 CRIPPLE CREEK, Colo. — Striking gold in Cripple Creek means something way different now than it did back in the 1800s. Today if you walk away from Cripple Creek with a fortune, your photo might end up on the wall of a casino.

Back in day though, striking gold literally involved striking gold … and thousands upon thousands of people came to this small town on the west side of Pike’s Peak to do just that.

During its history, Cripple Creek has been everything from a mining boomtown with 50,000 people — making it one of the most populous places in the state — to a virtual ghost town with just a few restaurants catering to the curious people who visited. Following the legalization of gambling in the area in the 1900s, it’s now a tourist destination that combines casinos in historic buildings with museums and plenty of outdoors places to explore.

The town’s population is now around 1,200, with many of the people who work in the 10 casinos commuting in from surrounding communities like Woodland Park. At nearly 9,500 feet, it’s one of the highest incorporated communities in the state, and also one of the top draws for visitors from around the state and world.

What’s in a name, anyway?

Let's get this out of the way: Despite a great deal of Googling, there’s no definitive answer as to whether or not the famous song “Up on Cripple Creek” by the Band is about Cripple Creek. Lots of commenters on this forum say it is. There is also a line about getting down the mountain, but no definitive proof.

While what inspired that song isn't clear, what inspired the name of the actual town is a little bit more cut and dry. Historians say Cripple Creek was named because a calf belonging to one of the rancher's that used to live in the area fell into a gulch, breaking its leg.

Ranchers were more or less the only folks who lived in the valley where Cripple Creek is now until the late 1800s. That's when prospectors finally found a legitimate source of gold in the area, and hundreds of men seeking their fortune came and camped out in the town to strike gold.

What's now Cripple Creek used to be two towns: Fremont and Hayden Placer. Liquor and gambling weren't allowed in Hayden Placer, so that was the residential area, whereas Fremont as the fun part of town.

The two communities later merged, and by 1894 became what historians referred to as a "mining Capitol" with multiple newspapers, churches and banks -- and $3 million of gold revenue a year.

Disaster struck in 1896, when two fires during the month of April left thousands of people virtually homeless. But, the hard-scrabble mining town full of once-ramshackle wooden buildings was transformed afterwards, when the town council mandated that all future construction on the main drag be made of stone.

Those are the buildings you see along Bennett Avenue today.

Cripple Creek's population peaked in the early 1900s with the opening of the Teller County Courthouse and numerous new rail lines. The population was between 30,000 and 50,000 -- making it one of the top five most populous cities in the state and one of the highest elevation population centers in the country.

But, in 1903, Cripple Creek's boom took a turn. What would become one of the bloodiest labor strikes in Colorado history slashed gold production in half. During World War II, gold mining was halted, and many of the facilities in Cripple Creek never reopened.

This meant that many people left the area, abandoning homes or turning them into summer houses. The railroad's closure in 1920 also exacerbated the flight, and by 1950, the town's population sank to around 2,000.

Cripple Creek then turned to tourism to survive. A former railroad depot turned into the Cripple Creek Mining District Museum. One of the country's only brothel museums -- the Old Homestead House Museum -- opened in the 1950s, and in 1961, the historic town became a National Historic Landmark.

It bears mentioning there is still a mine near Cripple Creek. The Cripple Creek and Victor Gold Mine is still open, and employs numerous people in the area.

But the biggest employer, by far, are the casinos. Inspired by Deadwood, South Dakota -- which legalized gambling to preserve its history -- Cripple Creek, Blackhawk and Central City advocated to do the same. And in 1990, Colorado's voters agreed.

The first casinos opened in Cripple Creek in 1991,

It would not be accurate to say that the casinos aren't the main thing that brings people to Cripple Creek. And even if you aren't a gambler, it's worth mentioning that numerous establishments have draws like $0.50 cent breakfasts and pretty good food outside of that.

With the exception of the Wildwood Casino (which dubs itself the "highest casino in the world"), most of the gambling establishments are housed in the historic buildings that once made up Cripple Creek's historic mining community.

Many of the old murals and advertisements remain on the walls, and there are numerous vestiges of this mining town's past in the casinos themselves.

Outside of gambling, it's worth checking out the Cripple Creek and Victor Narrow Gauge Railroad, and the aforementioned museums.

The Homestead House Museum tells the story of a lady named Pearl DeVere, who operated a brothel with impeccable service and classy clients. The Cripple Creek Jail Museum is housed in the town's old jail -- and offers a unique glimpse at Colorado's outlaw heritage

The Cripple Creek District Museum features a great deal of memorabilia and artifacts from the town's mining past,  and if you want to see what miners experienced firsthand, you can take the famous tour of the Mollie Kathleen Gold Mine.

No joke: during the summer, herds of free-roaming donkeys can be seen in the streets of Cripple Creek. They're believed to be the descendants of the ones used by the earliest miners in Teller County.

There are even signs in town warning people to look out for the donkeys.

What began as a tourist ploy in the 1930s has continued with Donkey Derby Days, which is held during the last weekend in June. While people no longer ride the donkeys, they do compete in obstacle courses on Bennett Street.

If you want to see the herd for yourself, the town says the donkeys are usually around from mid-May to October.

And, since this is Cripple Creek, the donkeys even inspired a casino: the Brass Ass.