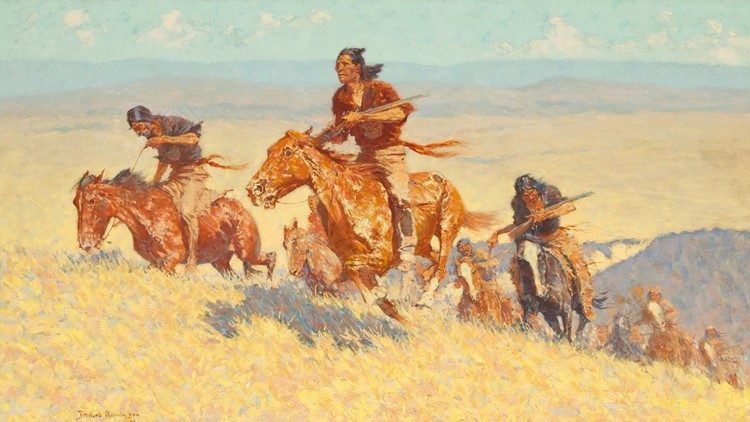 DENVER — Following the closure of the massively-popular Monet exhibit, the Denver Art Museum (DAM) has announced plans for another attraction opening next month.

Natural Forces: Winslow Homer and Frederic Remington will use 60 artworks to reveal connections between common artistic themes and techniques used by the two American artists.

The exhibit also explores the interwoven legacies of Homer, known for his depictions of rocky Eastern coastlines, and Remington, famous for his vision of the American West.

“The first exhibition of its kind, Natural Forces will present visitors with new aspects of the two artists’ oeuvres and stories that contributed to Homer and Remington’s legacies as distinguished figures in American art,” said Christoph Heinrich, Frederick and Jan Mayer Director of the DAM. “We look forward to showcasing an exhibition of Homer and Remington works connected by the time in which they lived, a time of rapid urbanization, industrialization and modernization across America.”

The exhibition will be organized thematically and chronologically into five sections.

"Artworks such as Homer’s The West Wind and Remington’s The Fall of the Cowboy will work in tandem to set the visual and thematic tone for the exhibition, primarily comprised of oil paintings, with additional watercolor artworks by Homer and bronze sculptures by Remington," the museum said.

Natural Forces will be on view in the museum's Gallagher Gallery and is included with the cost of general admission.

After Denver, the exhibition will travel to the Portland Museum of Art in Portland, Maine, and the Amon Carter Museum of American Art in Fort Worth, Texas.