Instead of auctioning surplus bison, Denver will now work with partners to build and enhance conservation herds on tribal lands. 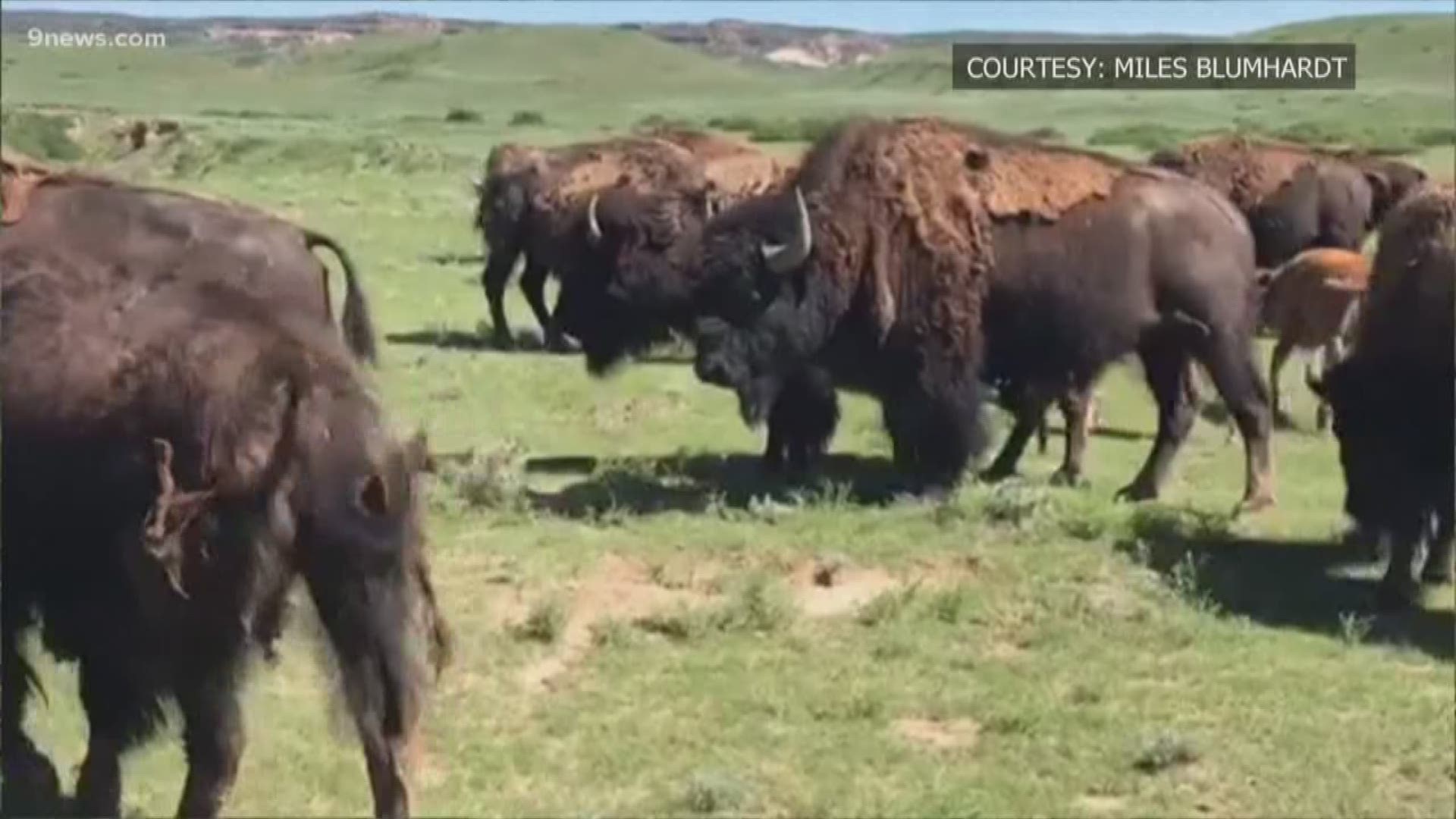 DENVER — Denver Parks and Recreation (DPR) announced it has presented 13 American Bison to the Cheyenne and Arapaho Tribes in Oklahoma and one bison to the Tall Bull Memorial Council in Colorado.

DPR said the gift is the first of its kind from the City and County of Denver to return wild bison to their native homes and help reintroduce bison and support conservation efforts on tribal lands.

DPR has historically held an annual auction to keep its Genesee Park and Daniels Park bison herds at a healthy population size and promoted genetic diversity within the managed bison population.

DPR said it will no longer conduct the auction but will work with its tribal partners to select tribes across the country that will accept the bison to build and enhance conservation herds on tribal lands.

> Above video: Bison herd near Fort Collins growing much faster than expected.

“Denver shares a common vison with our tribal partners to return and restore wild bison back to historical habitats and ancestral lands,” said Denver Mayor Michael Hancock. “Bison restoration efforts teach us how to be better stewards of the land, improve prairie landscapes and ecosystems, ensure genetic diversity of the species, and ensure a legacy of cultural understanding.”

The donation of surplus Denver Mountain Park bison to American Indian Tribes or American Indian Non-Profit organizations will continue through the year 2030, said DPR in consultation with its tribal partners: the Denver American Indian Commission, the Tall Bull Memorial Council and the InterTribal Buffalo Council.

“This donation is the result and culmination of a very long, storied history and relationship with the State of Colorado,” said Cheyenne and Arapaho Tribes Governor Reggie Wassana. “The Tribes plan to use the donated bison as a cultural, conservation and educational resource, with the goal of locating the bison on our own tribal natural plains habitat."

"We appreciate this gift and hope to grow our relationship with the great state of Colorado," said Cheyenne and Arapaho Tribes Lt. Governor Gilbert Miles.

“I am so proud and honored to carry this ordinance and work in collaboration with Denver Parks and Recreation on such a remarkable effort,” said Denver Councilwoman Pro Tem Jamie Torres. “This is a unique opportunity to not only return the bison to tribes across the country and support their conservation efforts but to honor those who have cared for these ancestral lands before us. The land acknowledgement we adopted in 2020 asks us to work to dismantle legacies of oppression and inequity, and today we are doing that.”

The herds are descendants from the last wild bison in North America and were originally established at Denver’s City Park by the Denver Zoo and the City of Denver. The herd was moved to Genesee Park in 1914 and expanded to Daniels Park in 1938.

According to DPR, bison herds numbered more than 30 million when the first European explorers set foot on the American continent. The herds were nearly wiped out by the 1880s and by 1900, fewer than 1,000 bison remained in existence. Today it is estimated that there are roughly 31,000 free-range wild bison in North America.

“This is a historic action that will create an ongoing tradition and legacy between the City of Denver and American Indian Tribes across the country,” said Denver City Council President Stacie Gilmore. “I’m grateful for the opportunity to support this work and look forward to more significant ways that we can continue to build upon this humble first step.”

RELATED: Hang out with yaks on a dude ranch near Kremmling