Scientists are calling it Adalatherium, which is a combination of two languages that translates to 'Crazy Beast'. 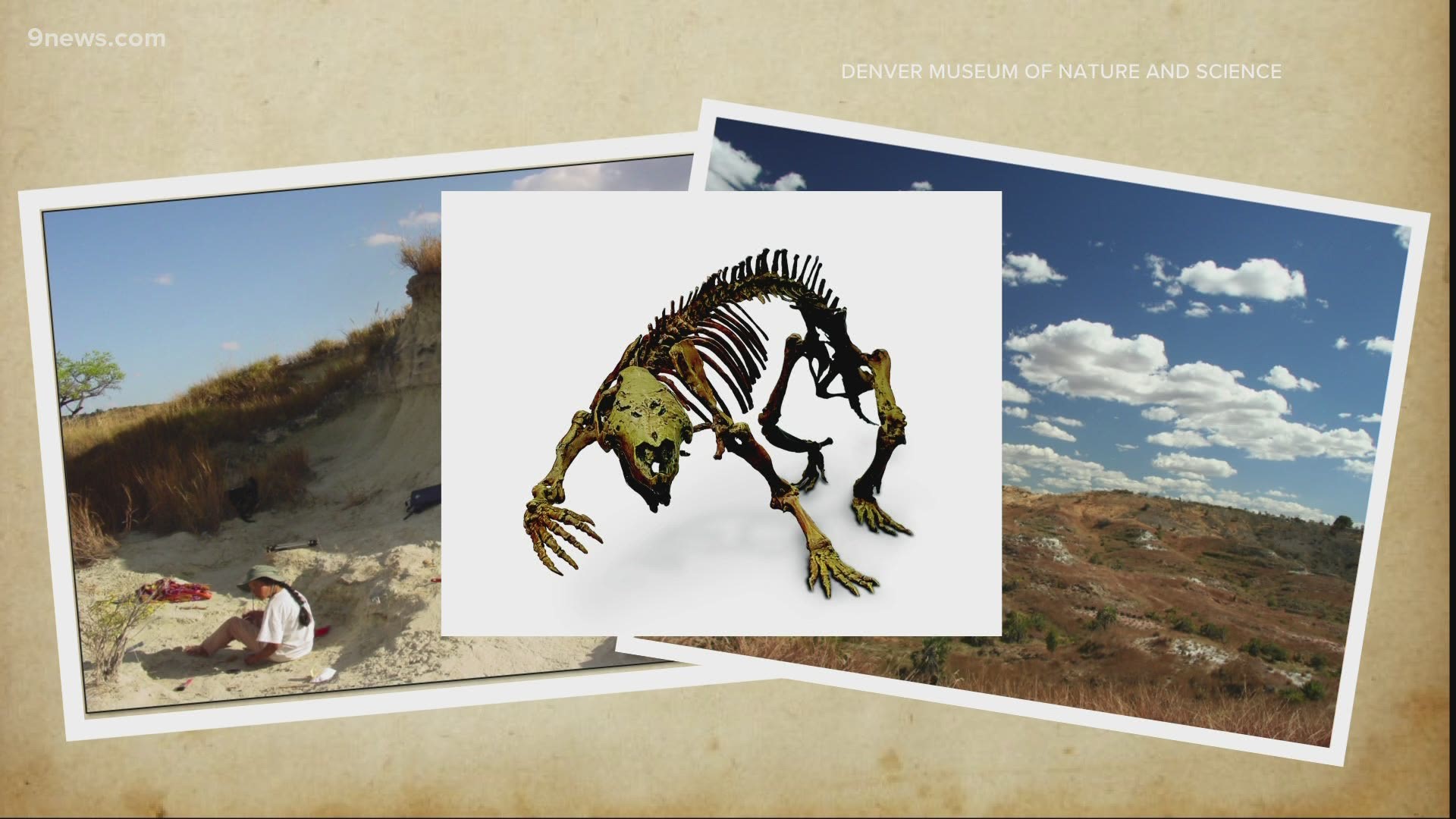 DENVER — A Zoom call with Dr. David Krause reveals an opossum-sized replica of a skeleton sitting on his desk.

For a paleontologist, that might not be strange, but he's looking forward to a time when his latest discovery goes to the Denver Museum of Nature and Science for people to see.

“This is in fact the most complete and best-preserved skeleton from the entire Mesozoic, which is 186 million years long, from the entire Southern Hemisphere so it truly is an important discovery," the senior curator of vertebrate paleontology at the museum said.

For more than 25 years, Dr. Krause has looked for mammals in Madagascar.

He's helped discover more than 20,000 specimens, but only 12 of them were from mammals, and most were just fragments of bones.

RELATED: Fossils found at Highlands Ranch construction site are from a triceratops

The Adalatherium is different because it's such a complete skeleton. In Malagasy and Greek, the name for the new mammal translates to 'crazy beast'.

It got the name because scientists have been stumped by its strange features.

“We’ve had it for over 20 years and just couldn’t figure out what it was," said Dr. Krause.

The bones were put in a plaster jack in 1999, but their significance was only realized recently, and the discovery was published in the Journal of Nature on Wednesday morning.

Credit: Denver Museum of Nature and Science
A paleontologist and others carrying the large fossil encased in protective plaster in 1999.

The creature that Dr. Krause said most resembles a badger has front legs that act like a mammal, and back legs like a reptile.

There's a hole on the top of its snout that Krause said has "mystified everyone."

"We have no idea what that hole, what soft tissues occupied that hole," he said.

It's believed the creature lived 66 million years ago, and the one they found was likely buried alive.

There is no evidence it has any ancestors, and scientists say the species may have perished along with the dinosaurs.

Krause believes this discovery will help tell the story of evolution on islands.

"There is so much to discover in Madagascar still," said Dr. Krause. "I think we’ve really just gotten to the tip of the iceberg, that there’s so many more discoveries that we need to make."

Credit: Denver Museum of Nature and Science
Illustration of what the Adalatherium could have looked like

RELATED: Fun, easy science activities you can do at home