How Denver restaurants are preparing for outdoor dining in colder weather

My Brother's Bar in Denver has a creative approach with individual, heated solar domes. Each will have its own theme, the owner said. 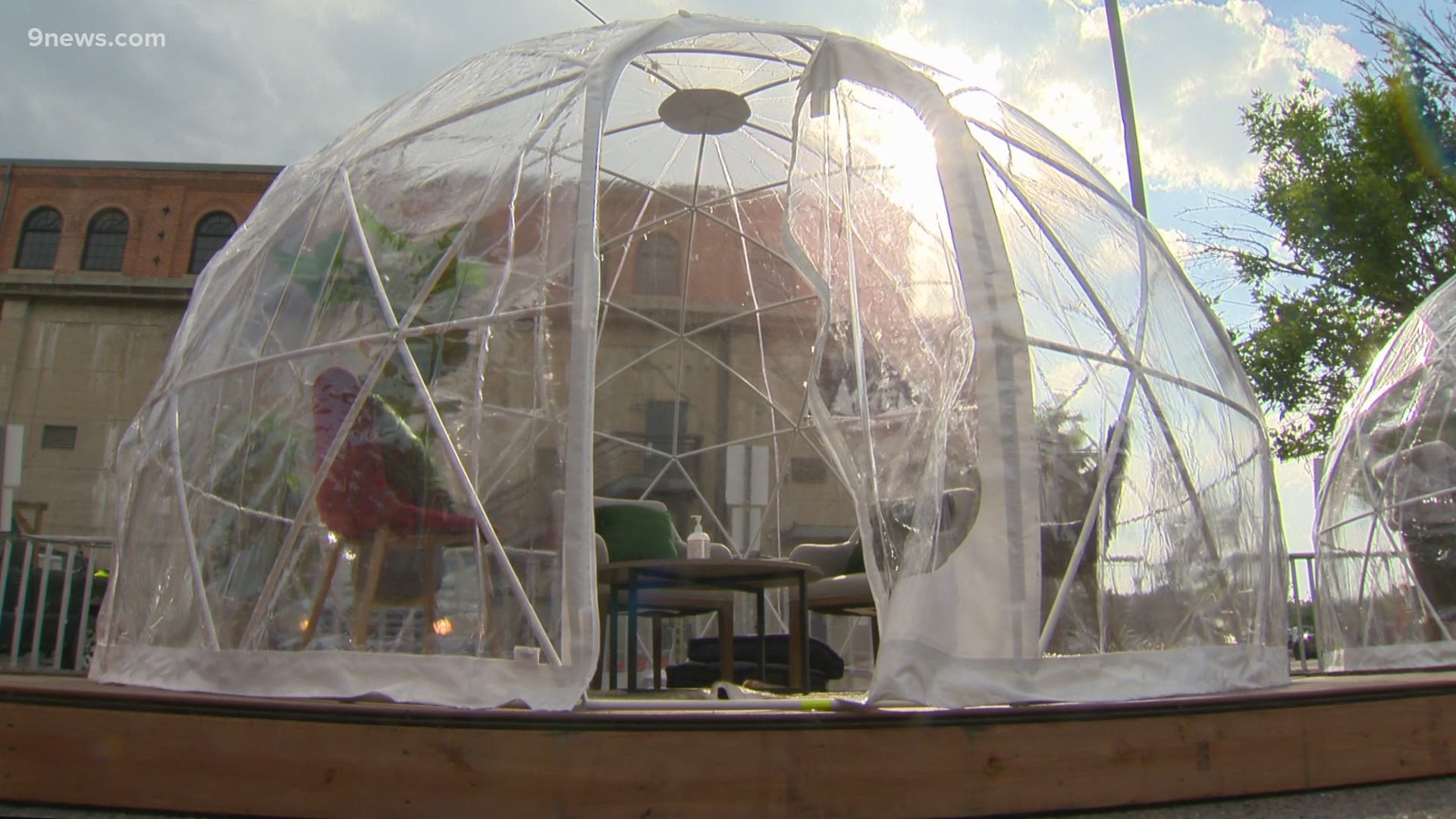 DENVER — As you cross off the final days of summer, restaurant and bar owners across Colorado are forced to turn their attention to maintaining business when temperatures begin to drop.

Since being able to reopen to dine-in customers, many restaurants have relied heavily on extended patios that stretch onto the sidewalks or spill over onto blocked-off streets. Many areas are shaded by tents, but not the kind that are equipped to keep out the cold.

RELATED: RiNo bars and restaurants roll out table service into the streets

My Brother's Bar in Denver's LoDo neighborhood had a similar story when they expanded seating into the parking lot that backs up to the side of their building. As an homage to famous beat poet, Jack Kerouac, co-owner Danny Newman said they appropriately named the new dining area "On the Road" for Kerouac's famous novel in which he wrote about his experience there.

"As soon as we were setting that up, it was definitely on my mind of what does this mean come winter," Newman said. "We’ve kind of gotten through the first phase of this thing. We know how to redo what we’ve done inside, outside – and what’s next?"

A few days ago, that question was officially answered when Newman and his team set up six dome-shaped tents and a much larger rectangular tent in the parking lot.

The "snow globes," as Newman likes to call them, attract solar gain.

"During the day, the sun itself is all we need," he said.

But if it's not enough, he said each one is also equipped with individually-controlled space heaters as well as exhaust fans to cycle air out of them while still keeping the space warm.

Earlier this month, president and CEO of the Colorado Restaurant Association Sonia Riggs told 9NEWS she was "extremely worried about what winter looks like."

“Some restaurants are going to do whatever they can to take advantage of that outdoor seating as long as possible, and others just say they don’t know whether it’s worth it or not," Riggs said.

In a one-on-one interview with 9NEWS political reporter Marshall Zelinger, Governor Jared Polis encouraged outdoor dining even when it's colder out.

"As you get into November and December, it’s a little cold, right, for Colorado," Polis said. "What do you do to make sure people have that safe outdoor experience if they choose it instead of the indoor experience? Tents, firepits, space heaters. All of those things."

A big question as we get closer to the colder months is how restaurants and bars will be able to sustain business now they a lot rely on outdoor dining. #MyBrothersBar had the same concern, but now have their solution already set up. #9NEWS pic.twitter.com/RGarZczEr7

Newman said the dome-shaped tents cost more than $1,000 each and can comfortably seat six people, though right now they're set up for four. The larger tent allows for 30 people, spread out across several tables inside.

"We’re thinking that on the snowiest days that will still be able to max out what we’ve got here," Newman said.

Since setting their own tents up just a few days ago, Newman said they've already had requests for reservations in them. He said the plan is to give each one its own theme and allow people to specifically reserve their preferred experience.

"We've got moths to our new flames for sure," he said.