The annual Colorado festival pays homage to a Norwegian man who was cryogenically frozen after his death. 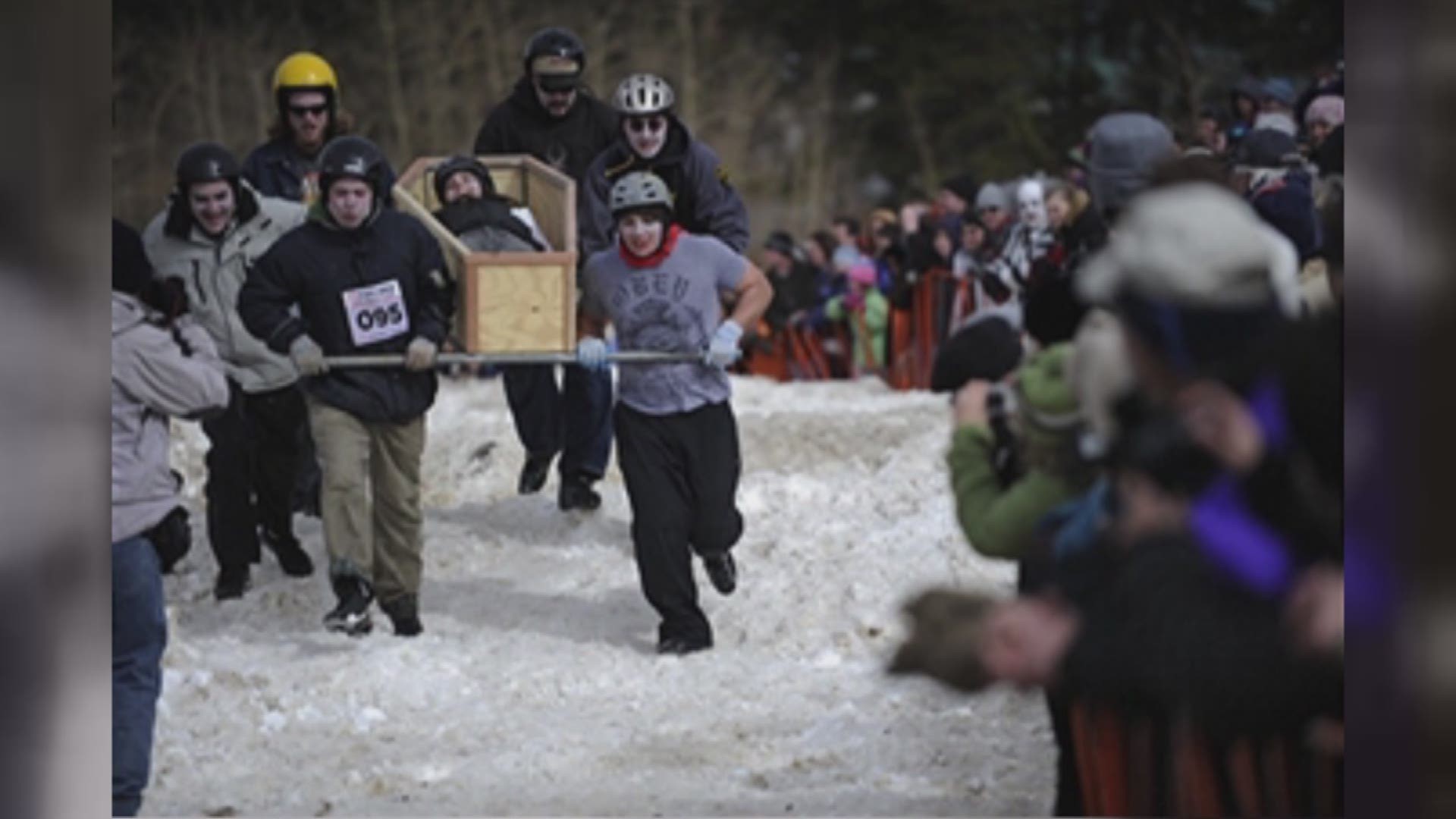 BOULDER COUNTY, Colo. — A small Colorado town famous for its frozen corpse stored in a shed will keep the body on ice for another year.

The annual Frozen Dead Guy Days in Nederland has postponed its annual March festival until 2022.

Organizers of the festival, which was previously canceled in 2020, said that although restrictions are beginning to lift, they didn't feel they could throw the event in a fun, free-spirited manner.

A world-renowned spectacle, Frozen Dead Guy Days will return in 2022.

Held about 45 miles northwest of Denver, the Frozen Dead Guys Day festival pays homage to a Norwegian man who cryogenically froze after his death and is still stored in the town to this day.

According to the event’s website, Bredo Morstoel was a Norwegian man who lived a normal life, by all accounts.

He died from a heart condition in 1989. But instead of burying him, his family decided to pursue cryonics or freeze his body with the hope he could be resuscitated in the future.

Morstoel was packed in dry ice and shipped to a cryonics facility in Oakland, California, where he was placed in liquid nitrogen for about four years.

Morstoel’s grandchildren lived in Nederland and were hoping to start their own cryonics facility in the town. In 1993, they brought his frozen body to their home and kept him frozen in a shed near the home.

Eventually, Morstoel’s grandson was deported for an expired visa, and his granddaughter was in the process of moving back to Norway after being evicted from her Nederland home.

City council got wind of the frozen body being kept in the town and passed a code making it illegal to store a frozen human in your home. However, Morstoel was already grandfathered in.

“Grandpa Bredo,” as he came to be known from then on, was an instant sensation.

The town “Ice Man” and a group of volunteers pack Grandpa Bredo with 1,600 pounds of dry ice every month. He is kept at a constant -60 degrees.

RELATED: An ordinance prevents storing dead bodies in houses, but this guy was literally 'grandfathered' in