9NEWS Anchor Gary Shapiro was there when Denver International Airport opened 25 years ago. Here's his take on DIA. 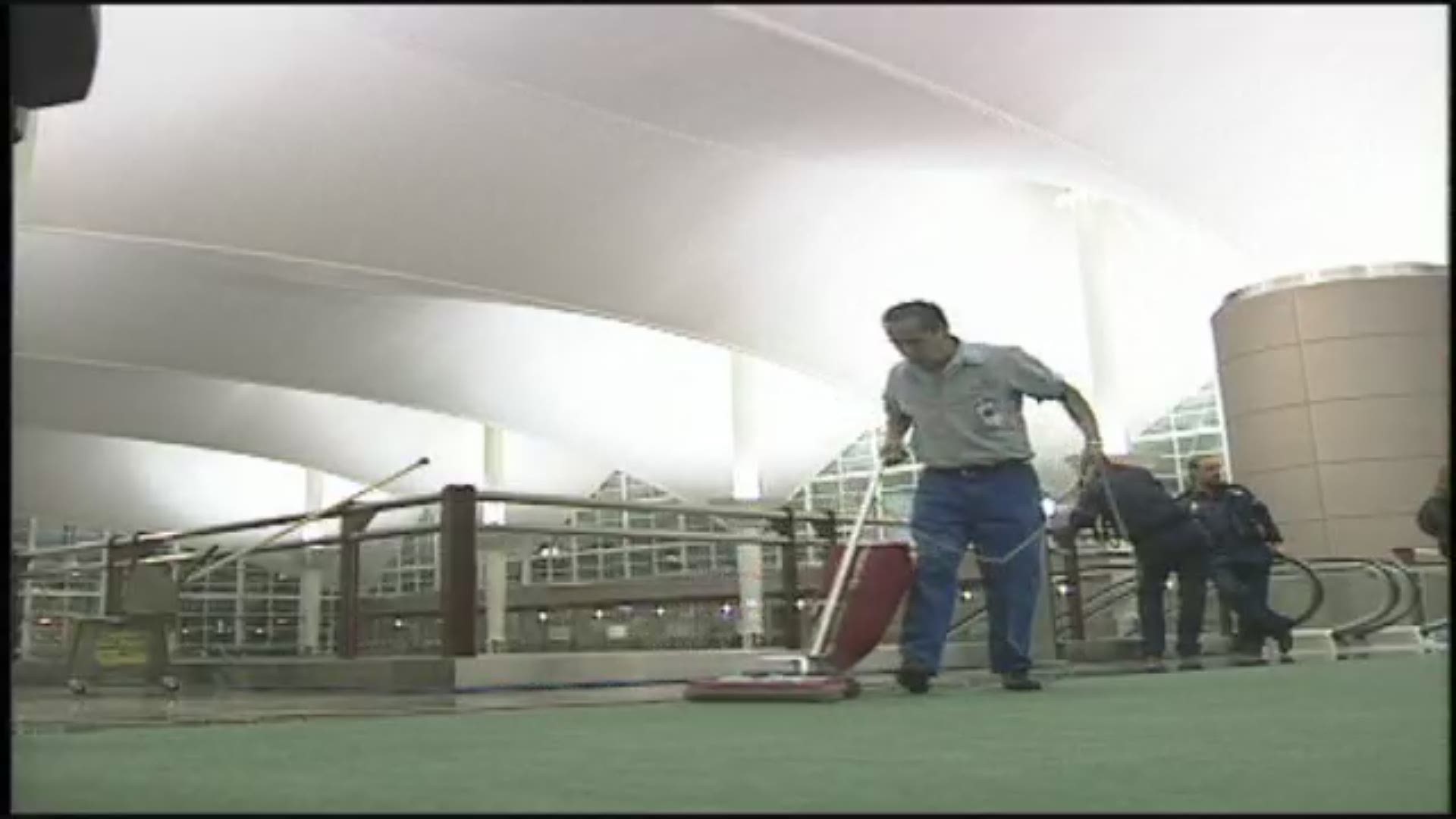 DENVER — 9NEWS Anchor Gary Shapiro has been at 9NEWS since 1983. Since then, his journalism career has taken him everywhere from Poland to the U.S. Air Force Academy in Colorado Springs.

He was also on the ground when Denver International Airport (DIA) first opened in 1983, and shared an impressive tidbit in an email chain: He's the guy who had the first beer at DIA when it opened on Feb. 28, 1995.

Obviously, this factoid needs to be shared with the world ... as well as other details from his day covering the historic opening of the city's controversial project 25 years ago.

All this week, 9NEWS is highlighting DIA's 25th anniversary. Watch our stories each night on 9NEWS at 9 and 10.

Allison: Let's get this out of the way: You had the first beer at DIA. Tell me about that experience.

Gary: Well, I’m pretty sure I did. I was doing a live-shot for the 10 p.m. newscast the night before DIA opened. I was at the Red Rocks Grill, which is now the Red Rocks Bar, and I asked them if I could get a beer to toast the opening of the airport during my live shot.

They said they couldn’t serve me because their liquor license didn’t kick in until midnight.

I said, “that means you can’t sell me a beer, but you can give me one, right?”

Just in general, what was it like being at the airport the day it opened?

Gary: There was so much anticipation, so much excitement. There was that new airport smell. It had been a long road getting to that point. There were all sorts of problems building the airport -- issues with the concrete runways, problems with the famous tent roof of the terminal and famously massive problems with the $600 million dollar automated baggage system (what was supposed to be the crowned jewel of DIA). 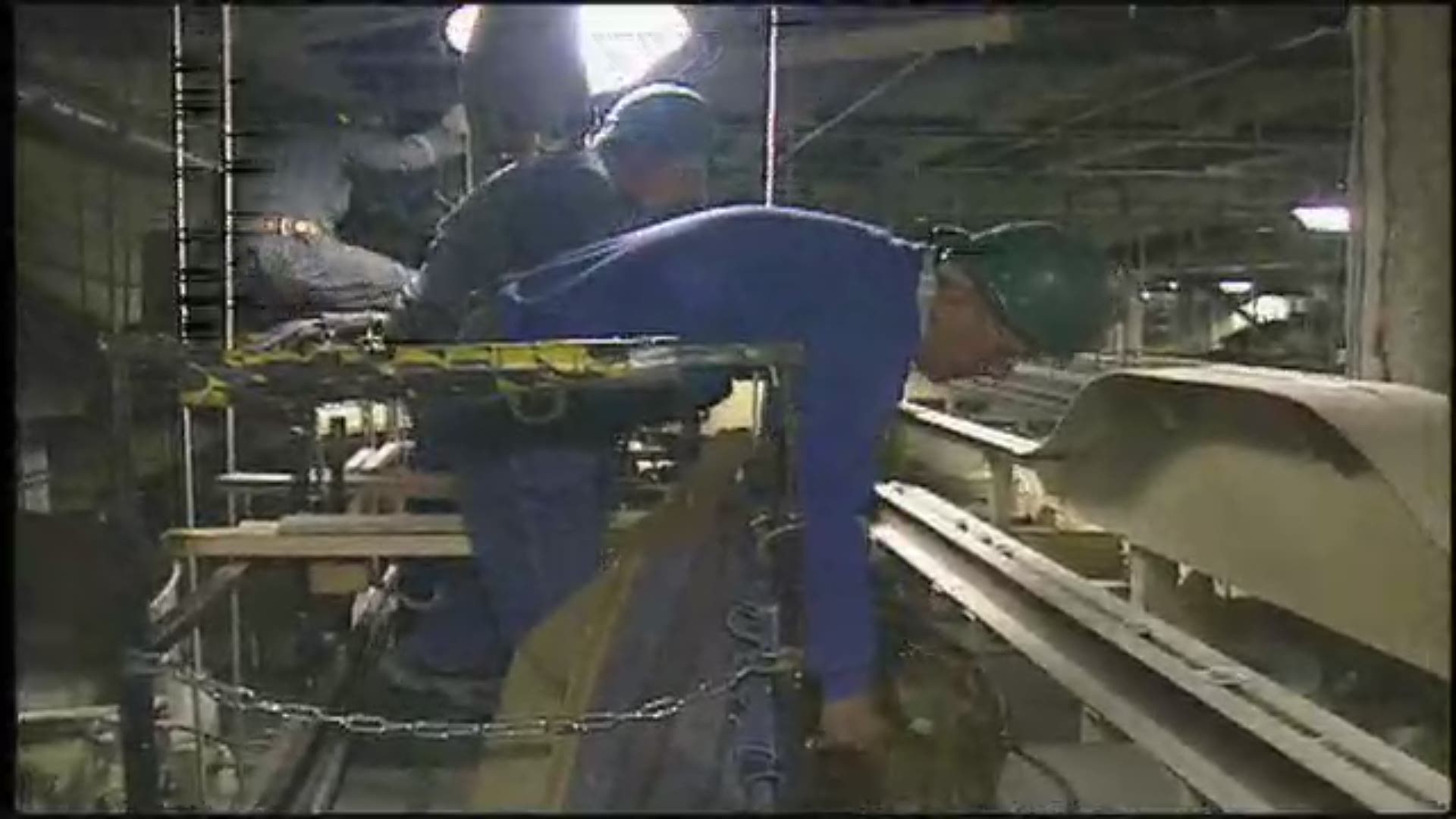 When they tested it in front of TV cameras, bags went flying off the tracks, carts crashed into each other, baggage broke open, clothes were scattered everywhere, there were electrical issues.

It delayed the airport from opening for 16 months. So when DIA finally did open, there was much pomp and circumstance, and it was a thrill covering that opening day.

Since you've been in Denver for a while, what was your reaction when they basically decided to build an airport in Kansas?

Gary: Well a lot of people complained about that back then. I can’t imagine what it would have been like if we had social media.

But the city of Denver wanted to build it far away because of all the problems they were having with Stapleton, which was only 10 minutes from downtown. Denver got sued by neighbors in Park Hill because of the noise from jets landing there.

There wasn’t much room for the runways, so they were close together and had to be closed a lot when weather moved in. 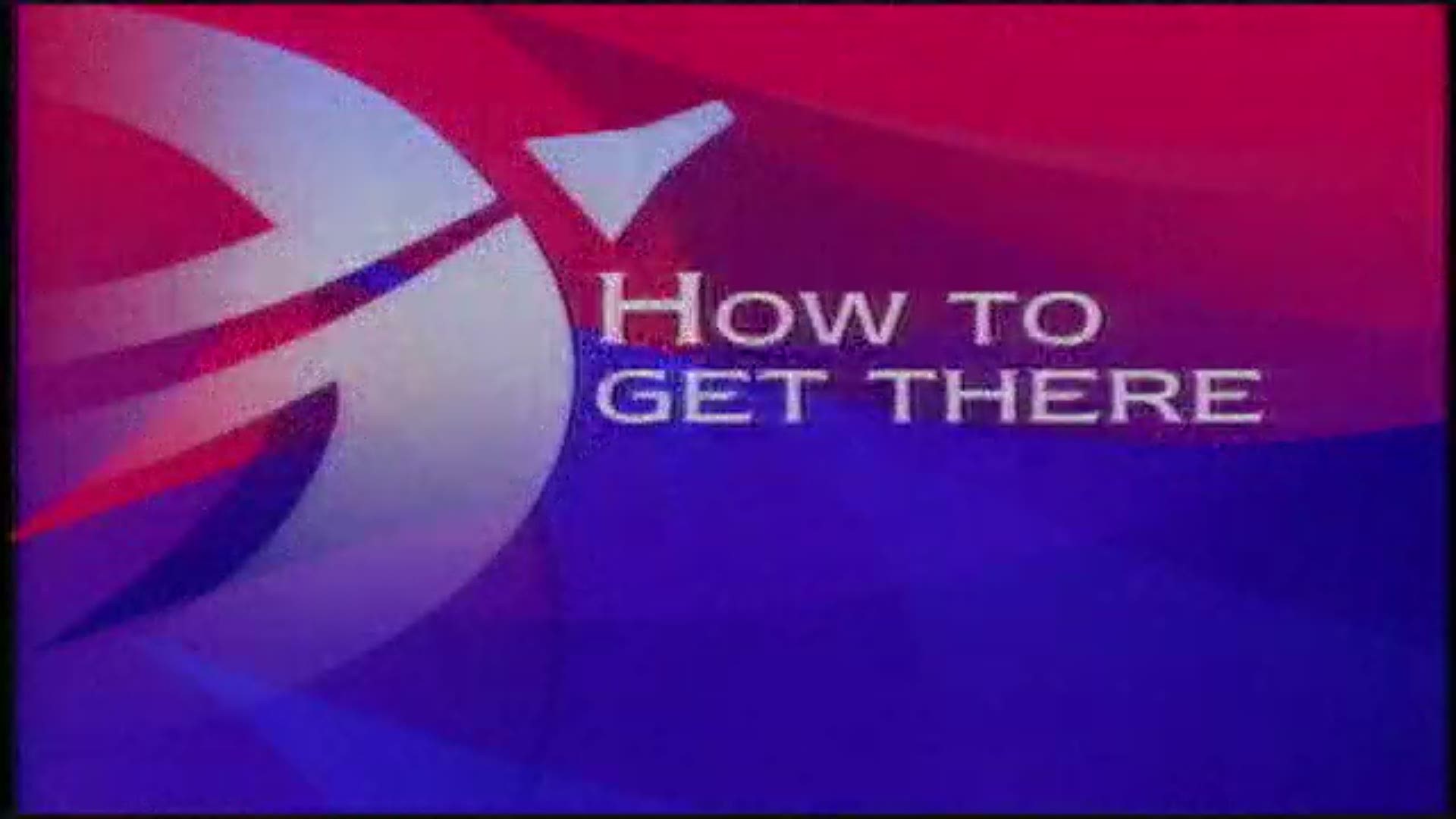 Denver reached a multi-jurisdictional agreement to annex 54 square miles in the middle of Adams County to build DIA. That’s as big as Manhattan.

Stapleton Airport was about 7 square miles. They thought there would be development around it, but not really houses. Now Aurora wants to build a housing development right next to the airport – it’s kind of come full circle.

Twenty-five years later, what's the first thing you think about when you visit the airport?

Gary: Honestly, I think about how lucky we are to have it. I’m a big fan of DIA, despite the construction issues they’re having now. When you travel, a lot it becomes obvious: how clean it is, how efficient it runs for the most part and how great all the restaurants, bars, retail shops and facilities are.

Given the fact that millions of people a year use DIA, it’s really pretty easy to negotiate compared to other airports around the country.

Gary: Oh absolutely. Stapleton was really handy. I mean if you had a 10 a.m. flight, you could leave the station at 8:30 a.m. and still make it. It was close, small and had parking that was a 5- or 10-minute walk to the terminal.

But like I said, if it was raining or snowing, chances are your flight would be delayed or canceled. 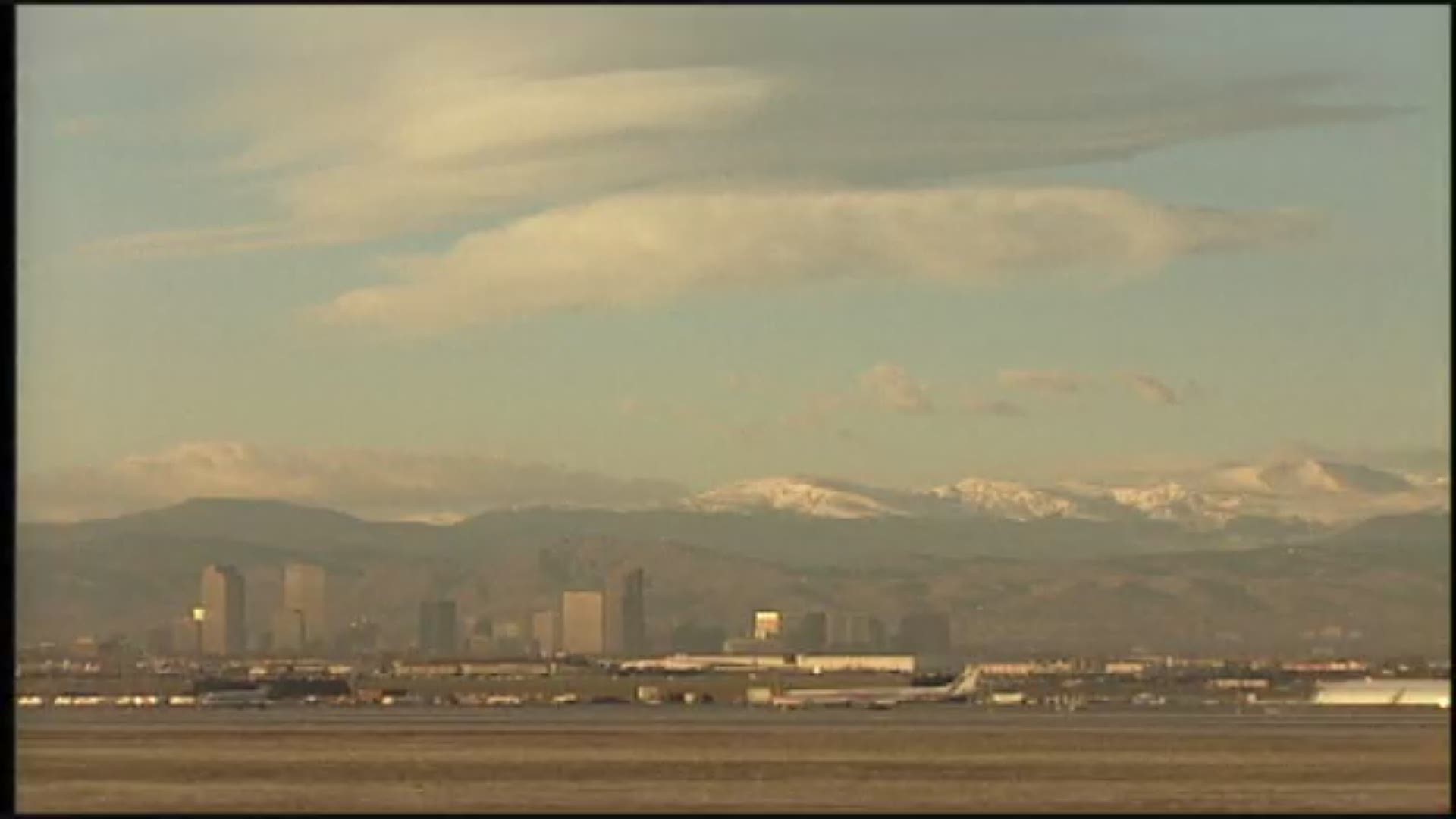 Lots of folks reading this are probably new to the Denver area. What was different about Denver pre-DIA, if anything?

Gary: Just about everything in Denver was different pre-DIA. The city was not nearly as big, not as many people flew, there were not as many flights or airlines serving Stapleton. A lot of people thought of Denver as kind of a cow-town back then.

It’s before massive development started and people started moving here in droves. Denver needed a world-class airport to handle the growth and to generate business and money – and DIA came along at the right time thanks to the vision and leadership of people like Federico Pena and Wellington Webb, both mayors involved with DIA.

Twenty-five years later, did you expect to be back at DIA, working at 9NEWS?

Gary: Not really, you never know in the TV biz, right? But I’m glad I am. I had a blast looking through old tapes of the construction of DIA, the move, the opening. It brought back a lot of memories.

I mentioned I did a 10 p.m. live shot the night before the airport opened. I had to do the morning show too, live from DIA! I remember going home to shower and change clothes and driving through the snow back to DIA.

I got there about midnight and slept for a couple of hours in a makeshift office we had there, yhen got up and did the morning show with my co-anchor Sherry Sellers.

It was a blast.

One my favorite stories you've done was about the secret, underground tunnels at the airport. Do you think the conspiracy theories will ever die?

Gary: No. The PR people at DIA tell me they get calls almost weekly from people and journalists around the world asking about the conspiracy theories. In all candor they kind of love it, and keep the theories alive.

But I can assure you there’s no secret society of Illuminati in the tunnels under the airport, the runways are not in the shape of a swastika, and the airport was not financed by a “New World Order”.

RELATED: Winners of DIA's conspiracy month tour of the airport

Now it is true that the giant blue mustang out front killed its creator. It was an accident, a piece of the horse fell on sculptor Luis Jimenez. It was finished by his family. So maybe some of the “Blucifer” conspiracy theories are true, can’t say for sure . . .