About 600 of the unique trout species were stocked in two alpine lakes last fall. They should be catchable in about three years. 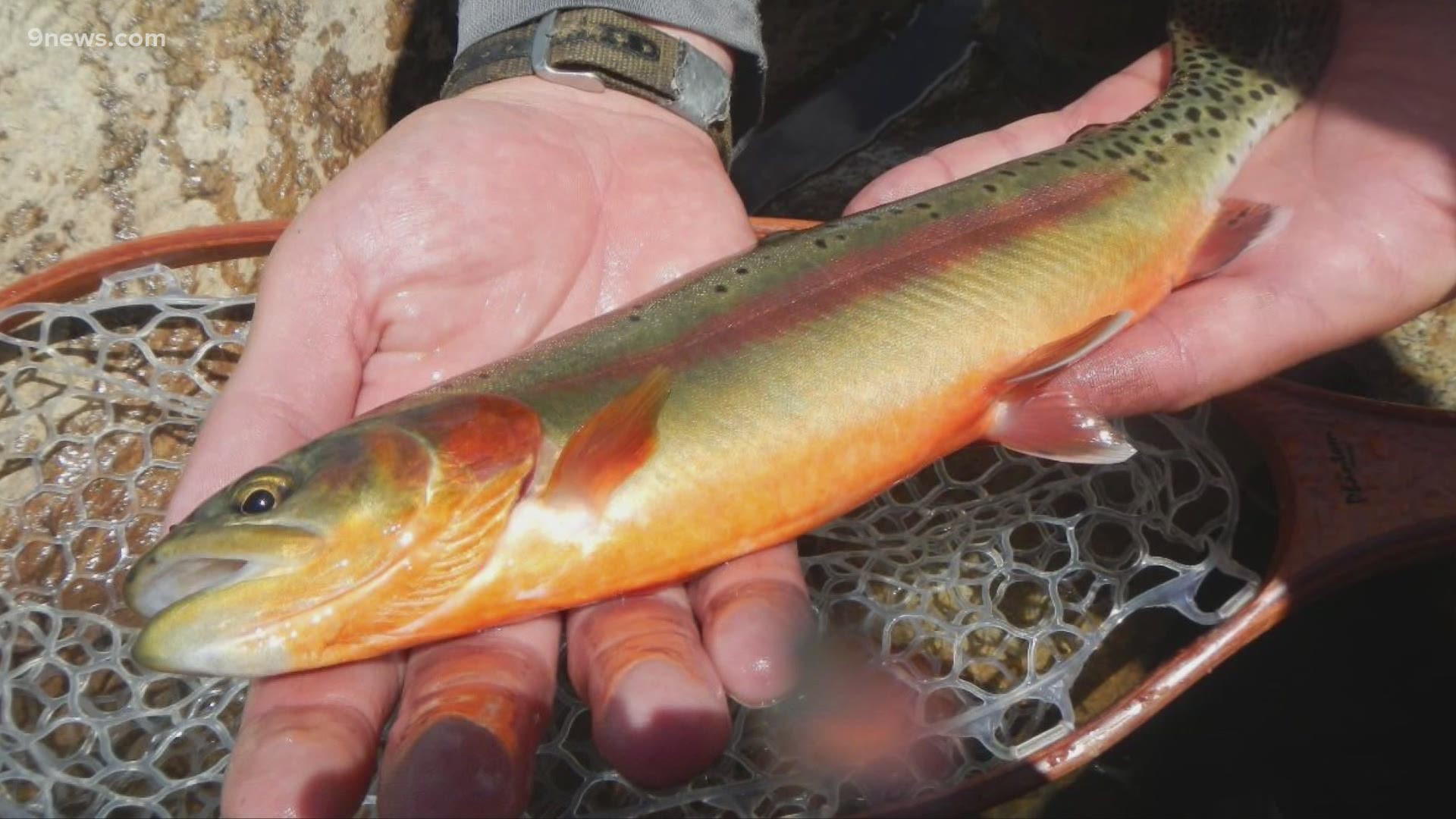 WALDEN, Colo. — Soon, anglers could have the opportunity to catch a unique species of trout at two high-elevation lakes in northern Colorado.

Colorado Parks and Wildlife (CPW) stocked Clear Lake and Jewel Lake in State Forest State Park with about 600 golden trout. The hope is that they will grow to catchable size in a few years, CPW said.

The 1.5-inch fish were brought to the lakes by airplane in late fall 2020. Biologists said they think they will grow to be more than 8 inches in three years with some eventually getting to be 14 inches or larger.

CPW is asking those who want to catch the trout to give them a few years to grow.

Golden trout are native to an area of the Sierra Nevada Mountain range in Central California, but were believed to be nearly extinct by the mid-20th century.

Since the 1970s, the fish has been bred in hatcheries and stocked in lakes in Colorado, Montana, Wyoming, Idaho and Utah in an effort to recover the population.

They were found in State Forest State Park at Kelly Lake until 2000. The species was stocked from the 1970s through 1993, but the population was unable to reproduce at a self-sustaining level and eventually died off.

The state-record golden trout was caught at Kelly Lake in 1979 and was 22 1/2 inches long and weighed about 3.75 pounds.

After an analysis, CPW said they determined Clear Lake and Jewel Lake would provide the best habitat from the trout's return to the state park.

Both alpine lakes sit at an elevation of about 11,000 feet. Jewel Lake is accessible by a three-mile hike and Clear Lake requires an eight-mile hike to get to.