The Blue Angels will fly the new F-18 Super Hornet, which is 25% larger than its predecessor that was retired in fall 2020. 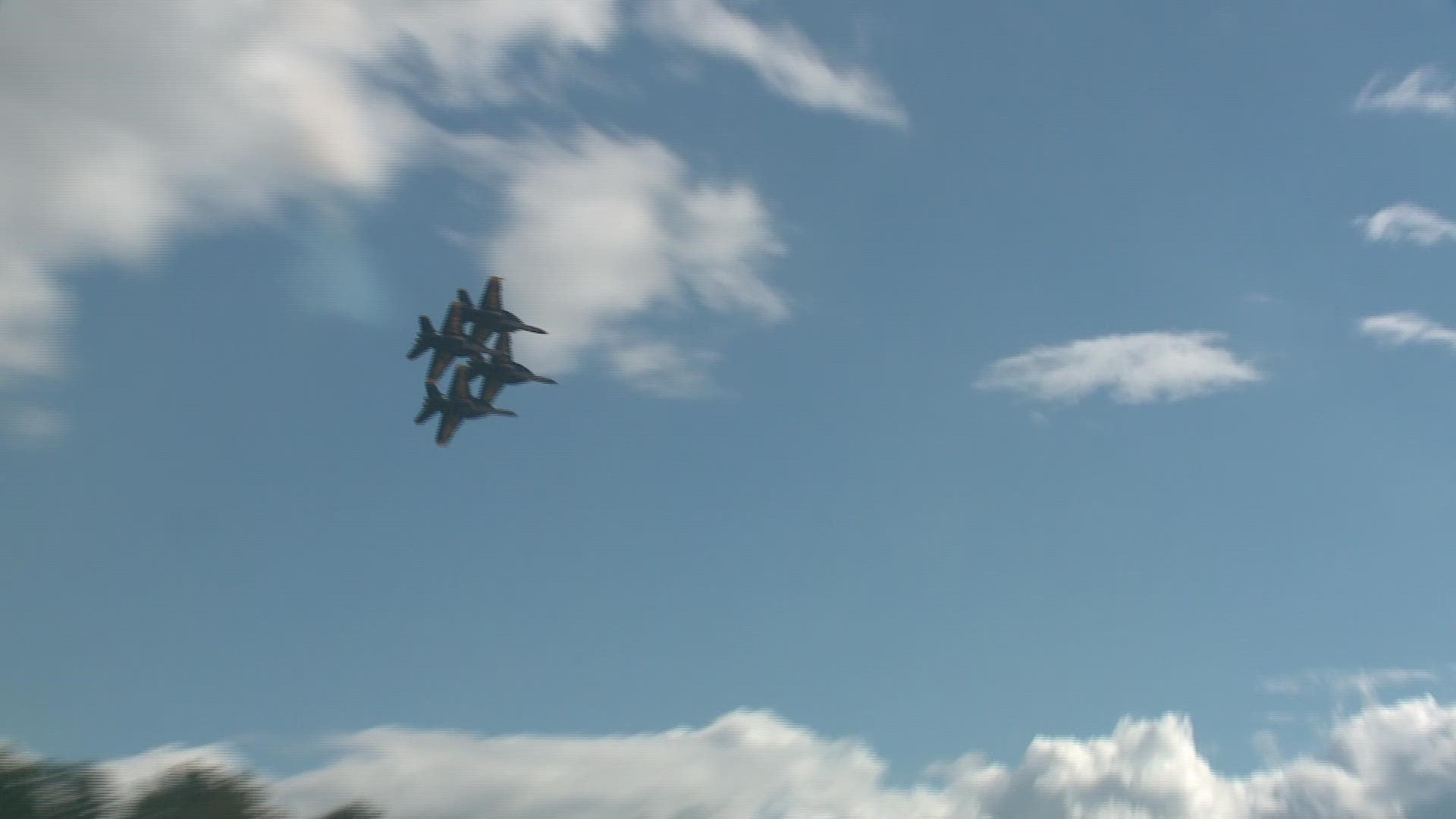 LOVELAND, Colo. — The Great Colorado Air Show has announced the lineup of civilian performers scheduled for the show that will bring the U.S. Navy Blue Angels to Colorado.

The Great Colorado Air Show will be held Saturday, Oct. 16 and Sunday, Oct. 17 at the Northern Colorado Regional Airport in Loveland.

The Blue Angels are making their first transition in aircraft in 35 years, said the airshow's producer, The Airshow Network. The newer F/A-18 Super Hornet is 25% larger than their predecessor jet.

"Presenting the world-famous Blue Angels, along with the region's top aviation talent, Mike Wiskus, Greg Colyer, and awe-inspiring military demos, The Great Colorado Air Show is sure to entertain and thrill aviation fans," said Jim Breen, president of The Air Show Network in a news release.

"We are thrilled to have the U.S. Navy Blue Angels back in Colorado," Breen said. "They are one of the most exciting jet demonstration teams in the country, and with their new F/A-18 Super Hornet, it is sure to be a great air show."

For more information on tickets and parking, visit The Great Colorado Air Show's website at GreatColoradoAirShow.com.