CENTRAL CITY, Colo. — As of this writing, fewer than 1,000 people call this now-gambling town about an hour from Denver home.

But, back in its heyday in the late 1800s, that number was closer to 10,000, as miners hoping to make their fortunes crowded around a massive gold vein known as Gregory Gulch.

The area around Central City (then known as just "Central" because it was squarely in the middle of all the mining activity) was referred to as the "richest square mile of Earth" ... that is, before the gold supply and population waned after the turn of the century.

After gambling was legalized in Central City in the 1990s, it kept its character as a historic mining town -- even as massive casinos sprang up just across the city border in nearby Black Hawk.

RELATED: Fewer than 150 people live in this Colorado mountain town, but 20,000 people visit it every day

RELATED: What was once one of Colorado’s largest cities now has a population of around 1,200 people

south end of Main Street, where the closed Scarlet's Casino building now stands (on right). Originally built in the 1990s as Bullwhacker's Casino. The buildings that would house the Glory Hole are on the left.
Gilpin History Museum

Part of that is because, up until the Central City Parkway to Interstate 70 opened in 2004, gamblers had to pass through Black Hawk on their way to Central City from Golden, so it saw less traffic.

Black Hawk is also home to larger casinos because, up until recently, Central City limited the height of new buildings in town.

While it might not have the gambling revenue its neighbor has, Central City has retained its old-school charm. It's home to the Historic Central City Opera (the fifth oldest professional company in the country), and the casinos have taken over the space once occupied by jewelry stores, banks, hat shops and even mortuaries.

With help from the Gilpin History Museum, we decided to take a look at what Central City used to be. Scroll down for "sliders" that show some of the city's prominent places then and now.

This story is part of our weekly #9Neighborhoods series. Join us at noon on the 9NEWS Instagram for a look at more historic photos of Central City. Have a community you think we should highlight next? Email us at webteam@9news.com.

Back in the 1920s, what's now part of Johnny Z's Casino in Central City was the "Granite Block." The exterior of the building looks more or less the same.

The former Coyote Creek Casino (the building's now empty) was originally built as a bank. Later, it served as a storefront for Charles Trenoweth's Clothing Store.

Back in 1907, what is now a grocery store/liquor store/dispensary was an arcade. Here are a bunch of rugby players posing in front of it.

The IOOF Building (it now has a "sweet shop sign") used to be Aime Rapin's Mineral Palace (a jewelry store).

Click through the gallery below for more historic photos of Central City courtesy the Gilpin History Museum. It's closed for the winter, but be sure to check out this awesome resource from Memorial Day weekend through Sept. 29.

PHOTOS: What Central City's historic buildings used to be 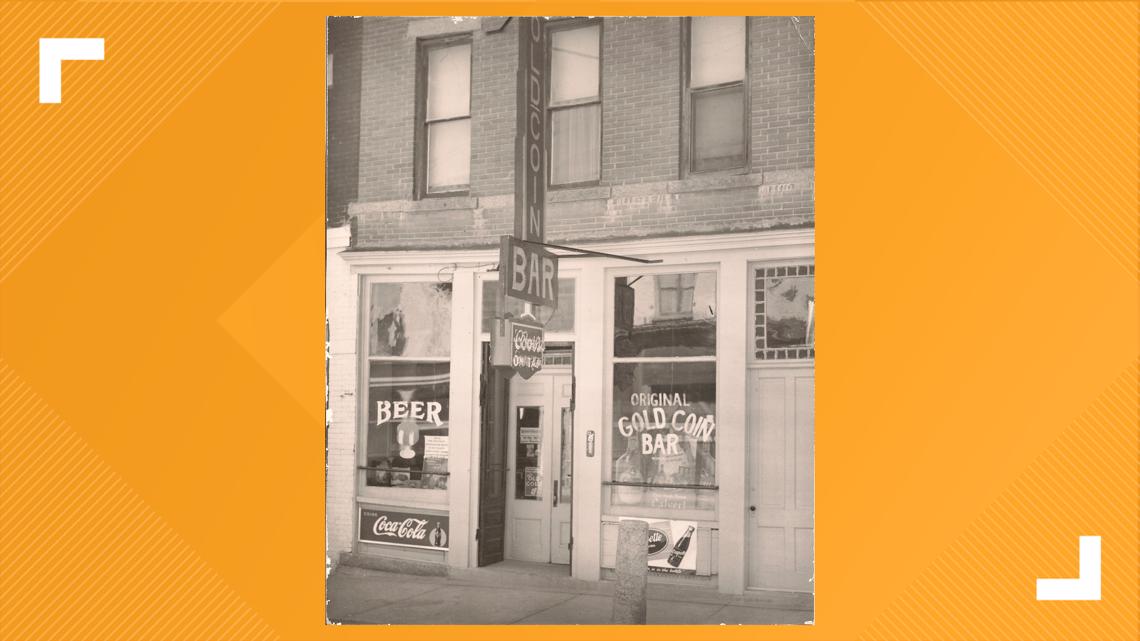